TheDonald
Communities Topics Log In Sign Up
Sign In
Hot
All Posts
Settings
Win uses cookies, which are essential for the site to function. We don't want your data, nor do we share it with anyone. I accept.
DEFAULT COMMUNITIES • All General AskWin Funny Technology Animals Sports Gaming DIY Health Positive Privacy
2634 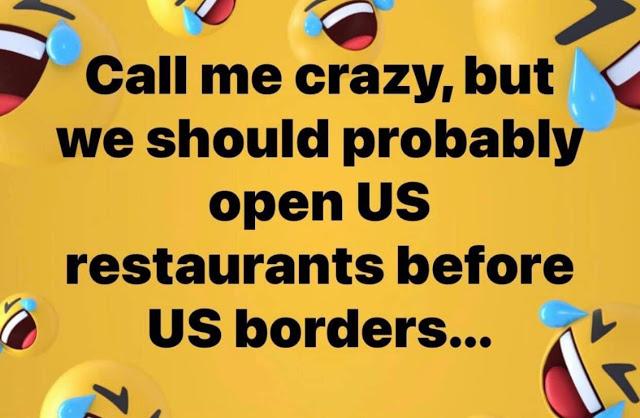 the new regime are job killers

Well once the United States has become North Mexico thanks to unchecked mass immigration, we'll see if Canada starts to change its mind about borders. Right now, they don't have a third world country on their southern border sending caravans of millions of illegals across every year. All they have to worry about is yuppie liberals always claiming they're going to move to Canada but never actually doing it.

Twinkle toes and immigration minister in Canada have been letting in Hundreds of Thousands of people (Liberal voters) from all over the world in recent years, besides the hundreds daily at Roxham road that was never closed by the way. They are spread out across the country most of which are living comfortably off the hard working Canadian tax payer's dollars. Canada under Liberal rule will not change, it will only get worse.

Considering how based the Mexican president has been as of late, I'd rather become North Mexico. It's a lot better than becoming North Venezuela.

Swing and a miss. U.S. citizens can't go to Canada now if they want to. And the Canadians can't come into the US either. Try again.

You're a smart one aren't ya. Read much? Understand what you read? Didn't think so.

Time for your Zoom class, libiot.

Douchebag, you can't go to Canada. Sorry you don't grasp that, but not surprised. I wish you were in class. How are those zoom classes working out for you?

There there, name calling from a true Liberal. Have you been to Roxham road lately? Do you even know where it is? And thats just one place "refugees" enter illegally. Your user name does not check out.

Sorry, cocksucker, but I voted for Trump. Twice. Call me a liberal again and I'll murder you, you fucking Dimocrat pansy.

Nice. Name calling and a death threat. You certainly dont sound like the Trump supporters I know. You know what you sound like? A LIBERAL. Someone from the tolerant left. When I grow up, I want to be tough like you.

Bitch, you never commented on the fact that you can't go to Canada. Did you want to correct your incorrect post, libtard?

True but why are we making Facebook-tier memes. We’re better than that.

haha you know what that would actually make sense. shame we live in clown world. welcome to the worst time line.

They are waiting for new illegals to show up so they can restaff the restaurants.

But who’s gonna work in the restaurants??