TheDonald
Communities Topics Log In Sign Up
Sign In
Hot
All Posts
Settings
Win uses cookies, which are essential for the site to function. We don't want your data, nor do we share it with anyone. I accept.
DEFAULT COMMUNITIES • All General AskWin Funny Technology Animals Sports Gaming DIY Health Positive Privacy
16 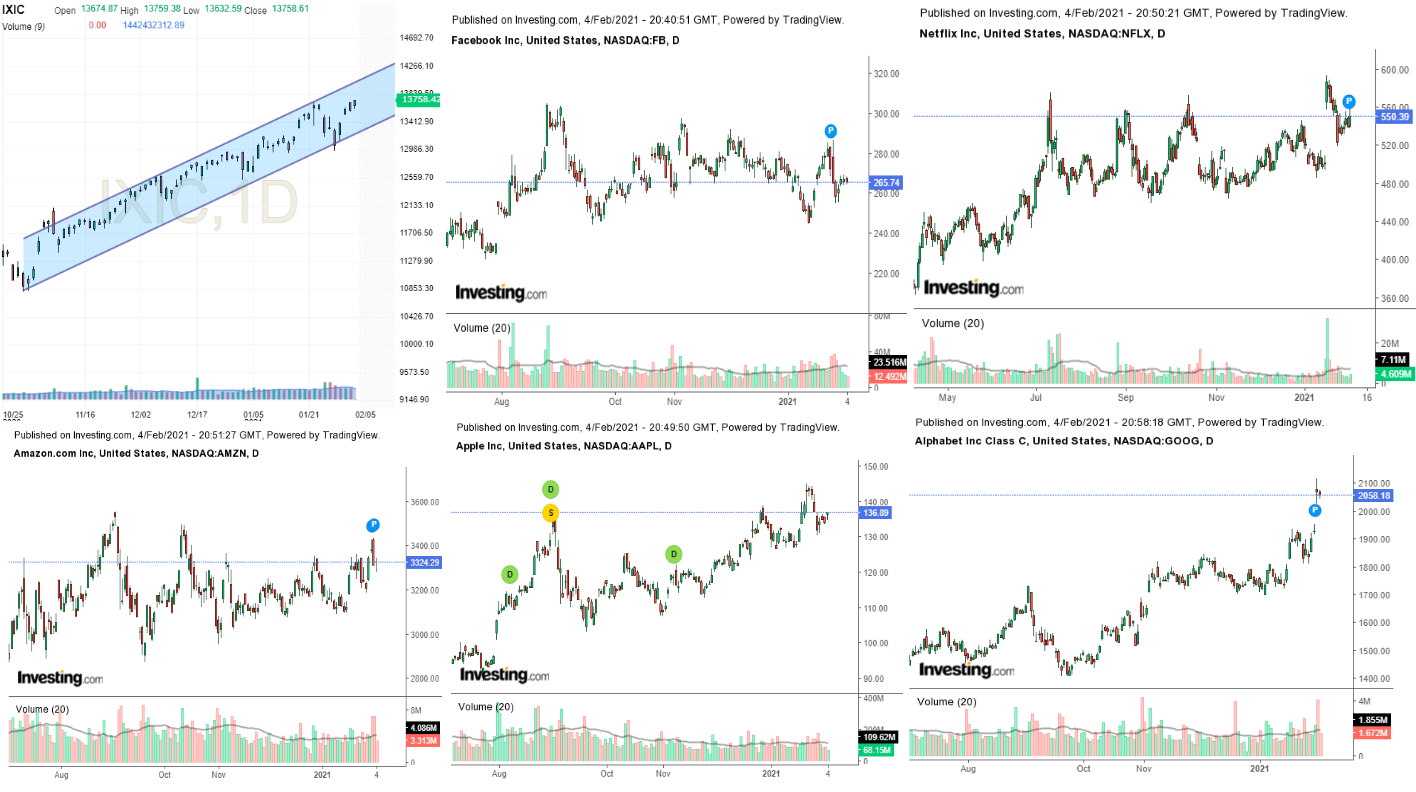 As I wrote in my prior posts, I believe that the markets will have a deep crash this year with the first phase of the crash occurring as soon as this month.

No matter how you cut it, this will be bad for the Biden Regime because within the first quarter of taking office he could be looking at 10-20% drop. His economy killing executive orders and policies will make for an easy cause and effect relationship.

Here is my prior post with links to the ongoing Biden Economic Collapse Watch:

Today the MSM is cheerleading the all time highs on the S&P and Nasdaq, after mostly ignoring last week’s sharp drop off of the previous all time highs. The media is notoriously retarded at market prognostication and their optimism is a great contrarian indicator in and of itself.

However, I want to provide you with greater details on why they most likely be eating shit very soon. Possibly as early as next week.

In the picture above I have posted the daily chart of the Nasdaq and the 5 FANG stocks which are the bellweathers for the index. Facebook, Apple, Netflix, and Google (Alphabet), are a large portion the Nasdaq and S&P 500. Where they go, the market follows.

If you take a look at the daily charts for the 5 FANG stocks notice how NONE of them made new highs today.

Facebook had it’s all time high back in August at roughly 304 a share. Last week it reached a high for 2021 at 285 and pulled back about 20 bucks through today.

Apple made an all time high LAST week at roughly 144 and closed today at 137.

Netflix topped out on January 20th at roughly 593 and dropped about 40 bucks.

Amazon made a high in August at around 3600, made a 2021 high yesterday but then reversed hard and never got off of yesterday’s low today.

The only thing that came close to being at an all time high today was Google, which actually had the all time high yesterday and looks like a text book definition of a blow off top.

This divergence between the NASDAQ and FANG stocks is a big red flag as those are the core components of the index and they should be trading largely in lock step.

It will be important to watch and see if the divergence continues into next week.

Thank you for your commentary. Thanks for explaining it. Keep 'em coming.

thanks. no matter how much they try and manipulate the markets, the truth always comes out eventually.

If the economy crashes it will be blamed on Trump.

That's a given but the only people that will believe it are the partisans.

Biden inherited a market at all time highs and relatively low fuel prices.

Then after he takes over it crashes and we have food and energy inflation.

charts are from investing.com just go there and click on the candlestick icon and switch it to daily timeframes.