TheDonald
Communities Topics Log In Sign Up
Sign In
Hot
All Posts
Settings
Win uses cookies, which are essential for the site to function. We don't want your data, nor do we share it with anyone. I accept.
DEFAULT COMMUNITIES • All General AskWin Funny Technology Animals Sports Gaming DIY Health Positive Privacy
2635 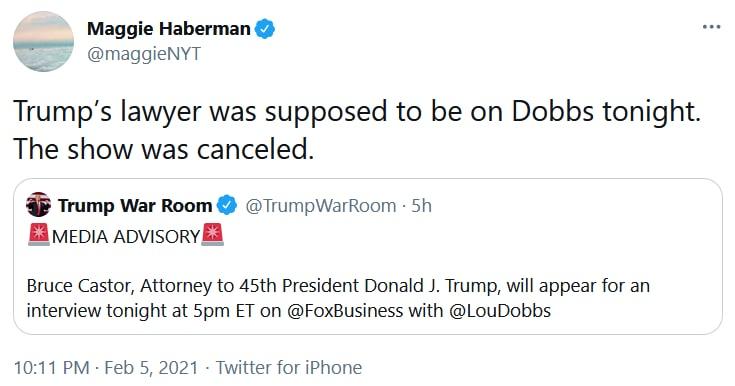 Fox is not our friend

Never was. They support the swamp GOP, not the patriot GOP

Hannity plays on my local conservative radio station every week day, and when I'm in the car when he's on it couldn't be more apparent how much of a RINO that dickweed is

He still wearing an Israeli flag pin and telling us about his best friend Bibi Netanyahu?

Fox was bought out some time back. Of course the network is going to slowly shape-shift into pushing the left agenda. Why? Because we let the left own the media. We cant wait to take a big check and give away a highly influential form of communication.

The left is waiting in the wings with a huge check for someone when Limbaugh passes.

Isn't it funny how nobody dares call out the Jews by name. It's all Israel this Israel that but you day Jew and omg how could you, so anti semitic. Simply for saying jews own most the media.

It's from decades of being force-fed Holocaust propaganda.

Lou Dobbs was canceled because he was canceled. The owners of Fox would rather suffer the financial loss of a lawsuit rather than listen to the truth.

Is it possible the owners of FOX have been threstened and they are scared?

What is this :"litigious" people you keep referring to? WHO are they? And why do they keep rubbing their hands?

Maggie Haberman supports canceling people and supports censorship. She’s a worthless propaganda tool. She’s another one of these sleaze bags who will kiss as much elite ass as necessary to make as much money as possible.

I’d never be able to live with myself if I were one of these people.

Maggie Haberman is a cunt

They didn't cancel Lou Dobbs over one fucking interview.

They cancelled Lou Dobbs because Lou Dobbs has been AMERICA FIRST for decades. Fox has been heading in a completely different direction much closer to Joe Biden's America Last campaign.

If I recall it right, there was no mention about Dominion in the article.

Just waiting to see if the GOP are going to stand up or be part of the problem next week.

C'mon man! You know the thing!

Your most deep state, politically invested members will vote for conviction and will threaten others to join. All of their days are numbered anyway, so I don’t care what they do.

That's from Smartmatic. Not Dominion. And that lawsuit will fail. Everyone knows that. Guests on a news channel hold their own views are not representative of the news companies views. I don't recall Dobbs saying anything about Smartmatic. It's always been his guests and they talked far more about Dominion than Smartmatic.

Fox knows that and they know they can beat that suit easily.

the lawsuit is an excuse, an avenue the Deep State will strip all involved of their law licenses, this is the last phase in destroying any future dissenting views. We are run by the CCP now. The C Mafia can do what they want, but it is easier when they have an excuse Likewise, this is why they are charging Trump Supporters around the capital with 20 years, so they will plead guilty for light sentences, this is critical step as the DC Mafia then parade them around like American Soldiers in Iran under Obama. Their job is to make their fake narratives true, and they do this using Color of Law. The whole idea here is applying PRESSURE into the system that if anyone even touches or mentions evidence against the state over the election, will be shot out of a manhole and destroyed financially and personally. They will hire Antifa to non stop call with death threats and attack their homes. DC Mafia will use every tool they can to apply the same level of pressure China exerts against anyone mentioning TAIWAN because, just like the fake election evidence it proves China is illegitimate gov that took over China and forced their leaders to flea to an island in exile. So they erase all history of their crimes and replace the maps with CHINA.. and from W.H.O to U.N. to NBA to MSM no one will say the world TAIWAN which is now the same as evidence of election fraud. Dominion is their hired muscle, they are protected. Why do you think Hogg is starting a pillow company? many here are diluted enough to believe it is his personal pipe dream when in fact he is just another vehicle for the Deep State (his father is FBI) which they will pour money into to crush Mike and his company. and if hogg fails he is expendable, no harm done. This is all out war, anyone that hasn't realized this needs to study 1919 Russia, French Revolution, 1930s Germany and Mao's Great Leap Forward. Start here:

If you haven't noticed the democrats are now creating their committee of public safety, which in French revolution killed tens of thousands for suspected support of the king.

"everyone knows that" is the first sign not everyone does; there will be a confidential settlement & both sides can brag about how they won.

the Dominion lawsuit is a gift. It means that Dominion will be laid open bafre for all to see and the court will certify the proceedings.

Pro tip: the courts are rigged too.

It seems insane when you think about it. That these companies who know full well they just participated in unprecedented treasonous and obvious election fraud would be so ballsy risking a courtroom with evidence being presented, including audits.

They know they have nothing to fear

Show me evidence all courts are rigged and how they are rigged.

They aren’t, people here just have no idea of how the courts work or the underlying judicial philosophies that are putting us at a disadvantage in this situation. Judges that skew liberal like to use their judicial power to say what the law was supposed to mean, not just strictly interpret what it says from the words on the page. They like to exercise judicial power to “legislate from the bench.” Judges on the right tend to be textualists, read the plain meaning of the words, if the words seem nonsensical, then it probably means Congress did a bad job, unless it’s unconstitutional, complain to them about It. The issue is, these judges don’t like getting in the middle of current/political events unless there is a major constitutional issue that is glaringly apparent. They certainly don’t want to be part of an election. So naturally, because we are trying to get the election looked at, the purposivists aren’t going to help Bc they hate Trump and get to wield their power against him, and most textualists, while they privately are mostly disgusted by what they see, don’t feel they have the judicial mandate to do anything about it.

Disclaimer: I am not a judge or an attorney, I am but a simple second year law student with an uncle for a judge. He knows several Supreme Court justices in our state who privately admit that they think the election was rigged but didn’t want to be the deciders of the election (even though they were, in a fashion) and felt that the evidence produced wasn’t sufficient enough (but as my uncle pointed out, limited discovery could have been ordered to allow more investigation.)

Absolutely. No one investigated the data to see if it is true or not. We will see soon. I have more faith in the American people sttepping up just like Mike L did. We aren't all scared and we don't all cower.

All these idiots are doing is accelerating the inevitable death of cable news. In 5 years most people will get their news from an Internet source.

Is Fox trying to kill itself?

Fox is re-aligning w/the religious right and the establishment as they team with Pence for a 2024 run.

Pence will be Jebbed. Fox is done.

Fox has gone too left for a pretty good portion of the religious right.