TheDonald
Communities Topics Log In Sign Up
Sign In
Hot
All Posts
Settings
Win uses cookies, which are essential for the site to function. We don't want your data, nor do we share it with anyone. I accept.
DEFAULT COMMUNITIES • All General AskWin Funny Technology Animals Sports Gaming DIY Health Positive Privacy
492 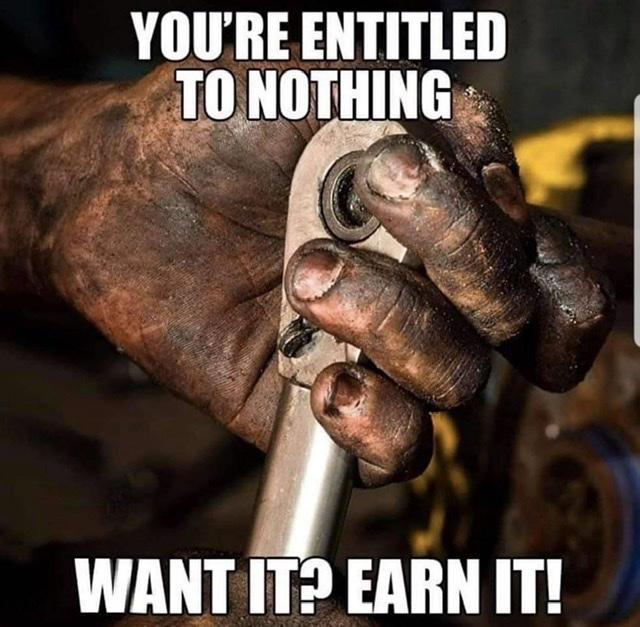 Yesterday, co worker said to me that we're finally getting the $1400, because people are mad as hell at Biden for trying to get out of it. I used it to, apolitically, tell him what a piece of shit Joe Biden is as a person, "Always touching kids, been in Washington for nearly 50 years and hasn't done a single good thing, his son's a pedophile crackhead who slept with his brother's wife and seems like he bangs his niece," etc. He agreed with it all.

And I capped the statement with "And they're not giving me money. The government doesn't make anything, so they can't earn money. They TOOK my money, and your money, and now they're giving a tiny bit of it back to us. Only you make more than I do, so they took more from you, so I guess I should thank you?"

Yeah, he's pretty pissed at the situation on his own, without my input. And he was a Biden voter. And it was his wife who, after the election, was telling anyone who would listen about how she finally sees what Trump meant by "America First," because nobody else cares about us at all.

Sucks it took all of THIS to open their eyes, but I'm glad they're open.

The necessity entertainments are often taken care of by the mules. Sad - govt gives free food, housing but they’re still competing for sneakers and flatscreens.

Bc welfare is for weak useless feeders

I should be entitled to being left the hell alone.

I feel like we only have to involve ourselves in politics because some people just can't mind their own damned business.

The “stimulus” has become the new COVID-19 tests.

Shit I didn’t realize black hand was the same as black face. I’m such a bigot.

But muh refund. Cause lets be honest, most of use here would like our stolen money back from the government.

I'm giving muh stimulus away, just like I did the last one. It's a magickal act of disposing and thereby transmuting their ill gotten and ill given money into something useful and kind in the world. I suggest you do the same if you are able. Give to family first, then friends, then neighbors and others around you. Don't give to any organization / charity. They are all corrupt. Give to people.

but what about those who had their jobs shut down do to covid mandates? I think that is the point.. see they were earning it, then it was stripped away.

Stimulus should have been sent to only people that lost work completely.

Why should states/municipalities without restrictions get far less money than those with restrictions?

Why should someone who struggles with a job(perhaps even one they got as a replacement for the one they lost in 2020, or just lower commissions, working unpaid overtime because they know their employer will go under otherwise due to COVID troubles) not get a check when someone who just happily retired 2 years earlier than originally planned does.

I'll be sending my uncashed and VOIDED Stimulus Checks with my Federal Income Tax forms this year. along with an angry goodbye and fuck-off note.