TheDonald
Communities Topics Log In Sign Up
Sign In
Hot
All Posts
Settings
Win uses cookies, which are essential for the site to function. We don't want your data, nor do we share it with anyone. I accept.
DEFAULT COMMUNITIES • All General AskWin Funny Technology Animals Sports Gaming DIY Health Positive Privacy
1451 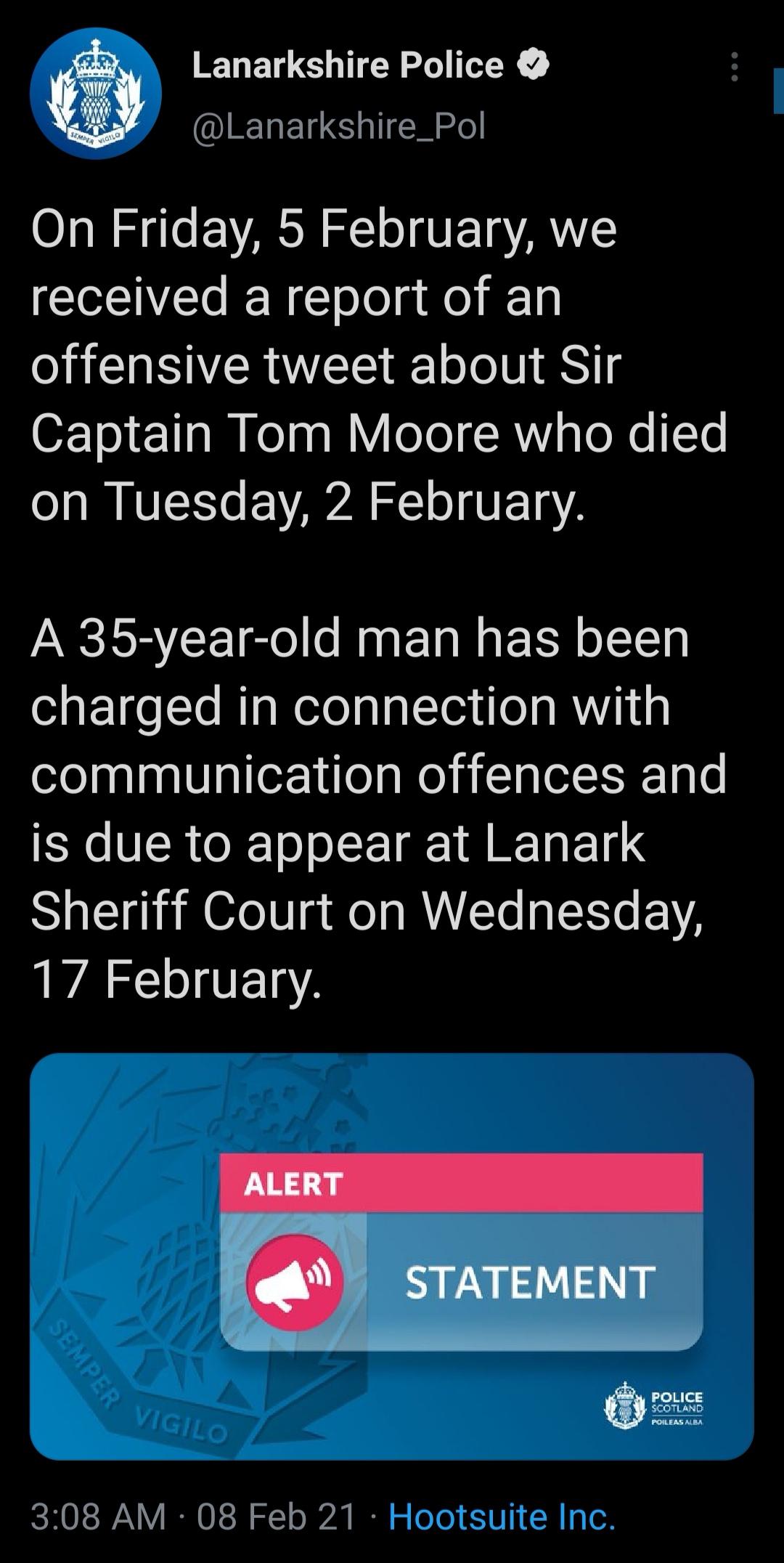 Another reason to stand up for the constitution.

What most people don't realize is that as much as the UK looks like they are a free country, they never have been. The UK has never had freedom of speech. Thus shows you how important freedom of speech is.

Fuck him right in the face.

And his mom. At the same time.

Being able to say something as retarded as that doesn’t oblige you to say it.

It’s not illegal to insult dead WW2 veterans. That doesn’t make it any less cowardly and pathetic to do it.

If faggots wouldn't arrest innocent people for saying rude things then we wouldn't be obligated to signal boost it.

If some country arrested someone for homosexuality would you go fuck some guy in the ass to prove a point too?

Well done on insulting a dead WW2 veteran. Very brave and ‘MAGA’ of you.

Some Limey on Facebook while drunk on gin: "Oi! Tom Moore is a bloody wanker and a muppet, he is!"

Lanarkshire Bobby: "Sir, that will be 10 years in jail"

Oi! You got a loicense for those mean tweets mate?

I know right, can't believe the land of Braveheart and my ancestors traced back from my father to his father before him and on down the line, can allow such weakness and perversion of justice.

It makes me sick.

A lot of Americans have been tricked into being anti UK (specifically England) and pro Scotland.

There's a lot not to like about much of England's elite but the assumption that Scottish people are all good and victims of England is a failure to understand our history.

The Scottish may have once had a prideful history but they've become an absolute joke today. They're among the most politically correct of all.

Frankly at this point we'd be best getting rid of them except having an EU base of operations on our Island would be a major territorial threat. Ironic though as it would be the inverse situation when the Romans were holding the Island.

Instead EU legions pouring in through the highlands of Scotland and the valleys of Wales trying to conquer the free and independent Island.

Though much of my ancestry comes from Scotland I want nothing to do with the people there now.

I have a suspicion that Scotland has also suffered a brain drain. All their greatest people have been fucking off somewhere else.

If you think about that guy that was prosecuted for that gas the Jews joke on youtube that's a lot of pressure to try to get him to leave.

If you think about Trump for example, one side of his family moving away to where they wouldn't be held back.

Lanarkshire Police are a bunch of teletubby faggots.

The UK has a botched law called the Malicious Communications Act.

This law was never suited to the internet.

A lot of extremist parties abuse this law doing things like they'll send someone over to a forum like this in the UK then find something they find offensive then report it to the law.

It's often abused on places like twitter to take a side in a spat where it's normal for each side to insult each other.

Some of the abuse is similar to things like targeted harassment. This might have once meant specifically going up to someone and telling them they're a cunt but has been watered down for it enough to be considered targeted if you refer to someone by name.

For example, I believe Tony Blair is a piece of shit and traitor to our country who should be hung.

That would be considered targeted harassment because of the use of a name and it would also be considered a violation of the Malicious Communications Act. I could go to prison for it.

However because the MCA is subjective all communications are criminalised. Posting on the internet at all breaks the law.

Hanged. Traitors are hanged, not hung. Ten years in prison for you!

Hung is valid though amusing because you can plead innocence on the basis of what you meant is that they should have to undergo penis enlargement. Hung up is an extended version and also has a similar legal defence. You meant they should have people hang up on them though the prosecution will argue that you mean for them to be put down like the phone receiver. There's no real difference. The result of being hanged is to be hung. It's like quibbling over whether someone should be killed or dead.

No. The proper word usage as a means of execution is hanged. Meat can be hung. People when executed are hanged.

That's purely a matter of preference.

You are correct that the proper word is hanged.

Nevertheless, I am amused by his lexical gymnastics.

Also, he appears to be a Brit so I'm willing to make allowances for his inability to speak English properly.

If something like this ever happens to me, you all will definitely hear about it.

It's good that they have time to go after people that says mean things while letting grooming gangs run rampant.

Imagine when they arrest you for blaspheming the Democrats, Biden, the wrong minority group, "accepted" science, woke movies and shows

They're already doing that, though.

What in God's name happened to Scotland? Apparently, the psychotic dystopics (aka, "liberal left") engineered the mission creep take over of the pastural, docile, and obedient nations of Australia, New Zealand, Canada, and Scotland. My understanding that the dystopics are now infesting and appropriating Greenland and Iceland as well.

I spent the night studying for a test to get into an apprenticeship course for plumbing. I aced it but had to wonder how many people there voted Biden due to how many people were retaking a test that amounted to 6th grade math and reading skills, and a "mechanical" test that was about as mechanical as the block and slot set you get as a toddler, but on paper.

They want more, I promise.

The Captain Rocked, and I am sure that the Tweet was offensive.

But this is the end of you people, did you know that?

Arrested for a communications offense

You know how I know you're not free?

"Communication offences"?!?!?!? And they have the nerve to call white people privileged?!?!?!?

Well it's pussy ass Scotland. All of their brave and resolute came to America or were exiled to Australia. Their country is the Chihuahua of the UK.

“Communication offenses”. These pedo’s are paid with taxes, to sit around tables and think up more ways to arrest and milk tax payers.

Count dankula at it again!

Why don't they go arrest some sand raiders who are molesting children?

Muzzle the population, control what they say and eventually what they think.

Sir Captain Tom Moore was a giant faggot and pedophile and the only thing better than him being dead would be if he had never been born.

Fight with every last breath to keep nazi leftist scum out of office. The controlling and power hungry left has ruined my country to the point they want to arrest you for bad words that you use in your own home.

If the SNP stay in office another term my family will sadly have to leave Scotland out of pure self preservation. Scotland is financially bankrupt due to lefty policies and want to tax us into the ground to recoup their losses.

I don’t know who Tom Moore is, but he sounds like an asshole.