TheDonald
Communities Topics Log In Sign Up
Sign In
Hot
All Posts
Settings
Win uses cookies, which are essential for the site to function. We don't want your data, nor do we share it with anyone. I accept.
DEFAULT COMMUNITIES • All General AskWin Funny Technology Animals Sports Gaming DIY Health Positive Privacy
1900 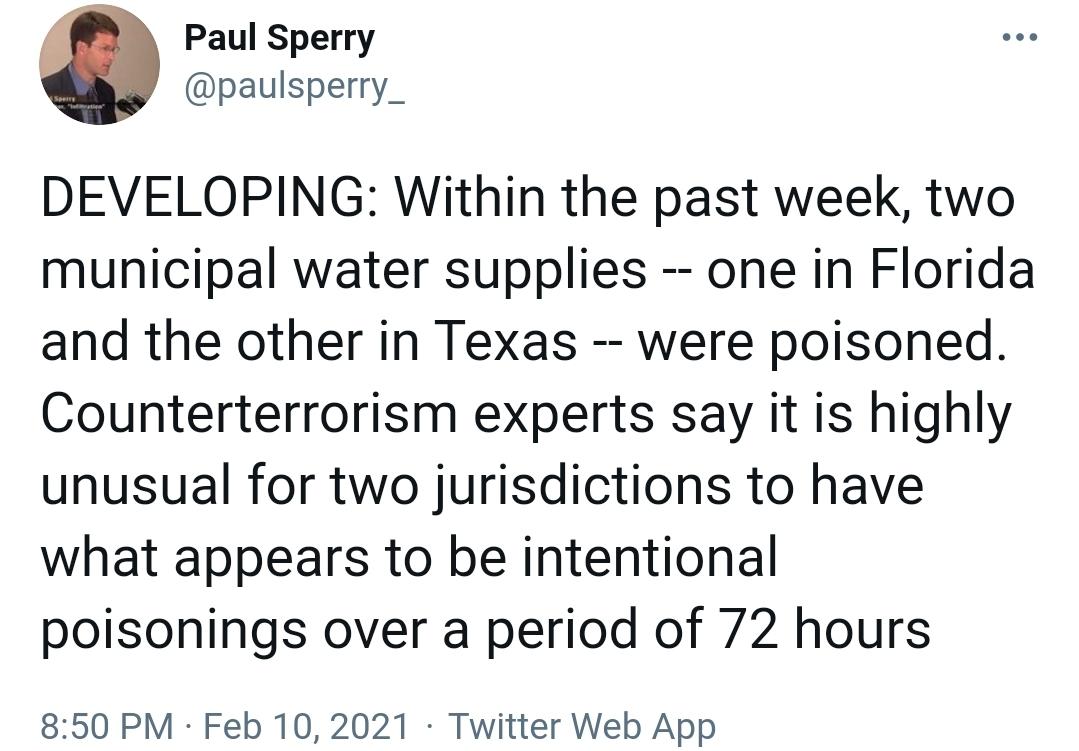 The Florida one was done remotely. Clown world security letting a public water supply be vulnerable through the internet.

Someone hooked up the waterline to keywests 5ft shit tube they dump into the ocean?

Just a thought... Utilities should not ever be connected to the internet. They should be self-contained systems, period.

Nah. Government employees are totally competent and can secure the network. No worries here.

"It's not connected to the internet." -- liberal officers, probably.

Quick! Someone arrest the FBI before they poison again!

I don't know, man. This doesn't sound as important as a garage noose. But I'm sure there's a team "looking" into it.

I'm sure some lefty's urine kombucha probably tasted a little off, so there'll be a full blown investigation.

There's a civil war going on and conservatives are posting memes online.

Yes. This extremely serious. We really need to get it together and stop fucking around.

This is a screenshot photo with no source.

If I understand you right, bingo. This is two fresh shill accounts trying to make more evidence for the inevitable third time they impeach Trump.

Hostile actors directly contradicting Trump's own directive to be peaceful. Trump went as far as saying those who were violent are not his supporters.

There are multiple articles confirming that there was an attempt to hack the water supply system of Oldsmar, FL. As for Texas, I don't see anything recent.

This Paul Sperry guy says a lot but never comes through with any of his info.

Propaganda is a valuable weapon fren.

First I have heard about that one.

No, but that one is still funny. Who the hell is worth that much an hour. It's just a woman, not 1995 Cindy crawford.

Probably a cocaine habit. SPEZ Mike Lindel is right about cocaine addicts being the hardest working people. You age 10x. If you are a woman and want to look 60 at 35 that's the path. But halfway through you are in meth because you aren't worth coke money any more. It's a sad fucking world but that's the truth.

reported that their tap water smelled like mothballs. The city began investigating and advised customers of its water system not to drink, bathe or wash their hands with their tap water.

Wonder how hours of bureaucratic time was spent deciding not drink water that smells like mothballs.

SAN ANGELO, Texas (AP) - A business with a malfunctioning backflow preventer - or none at all - is believed to have allowed chemicals to taint a West Texas city’s water system, officials said Wednesday.

On Monday, some residents in San Angelo, a city of about 100,000 about 225 miles (362 kilometers) southwest of Fort Worth, reported that their tap water smelled like mothballs. The city began investigating and advised customers of its water system not to drink, bathe or wash their hands with their tap water.

By Tuesday, officials told a portion of the residents that they could resume using their tap water.

Officials Wednesday said preliminary results found benzene, acetone and naphthalene (which smells like mothballs) in the water, but they were still trying to determine what business might be the source.

Allison Stube, the city’s utilities director, said she had received no reports of people falling ill from drinking the water.

City officials have said the issue has nothing to do with hacking. A sheriff’s office in Florida has said a hacker on Friday had gained entry to the system controlling the water treatment plant for a small city there and tried to taint the water supply.

Maybe San Angelo. Their water has had to be shut off or don't use it.

Isn’t water the newest tradable commodity in the stock exchange? And bill gates spent the past few months stockpiling lots of rural American land... near water. Could the next logical step possibly be to manufacture a water crisis???

Be a hero and an hero yourself.

Don’t count Islam out yet either.

Could be...Thanks to Joe N Hoe starting up their BS in the mid-east again

While that certainly gives Islam the victimhood excuse it loves to exploit, so it can later claim it’s the victim and manipulate via sympathy, you’d be wrong to come to that conclusion. The fact is that Islam commands the subjugation and sanctifies the murder of non-Muslims.

Islam hates everything that isn’t Islam, and seeks to subvert it under Islam using any means necessary, including mass murder. You can look no further than the quran (which Muslims believe are Allah’s exact literal commands to them) and, well, history to see that. Here are just a few examples of those commands: https://archive.is/em5wt

I’m no fan of most organized religion. I’ve studied the major ones and understand this: Either one religion is accurate, or none are. This leads to strife between religious groups. I’ve studied philosophy and many core sciences as well, which has allowed me arrive at my own spiritual awareness. I openly admit I don’t have all the answers, and I feel people across the globe would benefit on an important level if they did the same. I also understand that without religion, evil would still manifest itself in other ways. Not enough people can strike a balance between the unknown and a spiritual path that doesn’t judge, but rather seeks to understand. It’s quite the paradox.

This isnt their MO. They are straightforward about killing.

This isnt their MO. They are straightforward about killing.

The ugly truth is that Islam is a death cult, and any murder to advance it will do; it does not have to be “straightforward.” The sooner we realize this, and help others realize it, the better off our society will be.

Obama packed our DOJ with Muslims (John Brennan), re-wrote the handbook on terrorism to remove them as suspects, and added white people as #1 threat to America. Muslim Brennan also approved the Visas for the 9/11 bombers when he was in Saudi Arabia

Aren't these the two states considering the possibility of secession? Hmmmm

The weirdest call I've ever had at work was a guy who claimed the government was trying to poison all motorcyclists in Gainesville, FL by messing with the water supply.

I always thought he was a looney.

What weird times we live in that I'm questioning that thought...

FBI and CIA making their moves to cripple defiant red states is my bet. They have swathes of leftards and their organizations all over the country.

Most water supplies, my family doesn’t drink tap water I don’t allow it

When my kids were much younger( 10,11) I'd play a " game" with them called survival of shtf. They had to build a shelter, water purifier, build a fire, and set in a supply of food that wouldn't rot . I still have the plans they drew up for the purifier. Although the original build disappeared years ago. 💦

You should make a book of that. I'd buy it.

I played " pioneer/ caveman with them all the time. Nature walks, foraging for wild edibles and learning to slingshot rabbits, game. Making traps, tools from rocks, sticks. Earth ovens. People laughed because they had their kids in front of TV's and video games. But if mine got dropped in the wilderness, they'd survive. We built an underground fort liike I did as a kid.

Not everyone has all those skills to pass on. If you found a good illustrator, it would make a educational and entertaining book.

Can we kill them yet?

Now that they're done turning the frogs gay they've moved on to us. But in all seriousness that needs to be investigated immediately.

With what are they poisoning the water?

Damn I live in Texas, but thank god my property is on a well.

Need to figure out if I can drive a well on mine. It’s in the city so a drill rig would attract too much attention.

Explosives, and when they ask about it play jawa music and tell them it's bombs of peace

Everything we rely on is vulnerable, even the pumping stations that keep freeways from flooding.

That's the who and the why.

The environmental movement shit the bed and started going after carbon instead of the really bad chemicals that we’re being poisoned with.

How many patriots do they have to kill before we say enough is enough?

They're trying to make us stupid or dead like blue states.

Alex Jones was right get your water filtration.

Probing vulnerabilities so everyone should drink their local distillery products.

Iran's doing the DNC's dirty work for them.

Would a water filter protect against this?

Depends on what’s put in the water

That is the understatement of the year, I hope.

They answered as if it happens weekly.

There's a snake in my boot

How is it possible to configure the system to massively increase chemicals to poisonous levels? Seems like there should be safeguards built into the software and a sign-off loop needed for manual override, along with separation of duties, access, etc.

someone said, "Watch the water"