TheDonald
Communities Topics Log In Sign Up
Sign In
Hot
All Posts
Settings
Win uses cookies, which are essential for the site to function. We don't want your data, nor do we share it with anyone. I accept.
DEFAULT COMMUNITIES • All General AskWin Funny Technology Animals Sports Gaming DIY Health Positive Privacy
2969 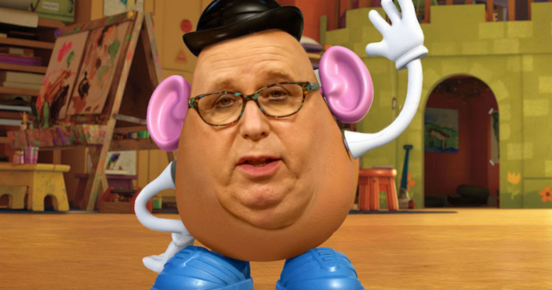 If there is a more disgusting, perverted, putrid piece of Trash on this Earth... I don't want to know about it. This is bad enough.

Quite LITERALLY, it's a Programmed NPC. When Rand Paul asked about it approving of permanently altering small children's sex between the ages of 3 to 10, it said EXACTLY the same pre-programmed answer several times, exactly the same. Rand had it entered into the Record the thing refused to answer the question. Disgusting.

Are those folds sexual organs? What I mean is, if semen were to get in there would there be more of those toys as a result. I'm not at all saying that this is a womxn toy...I'm just looking for a scientific hypothesis of what we might observe if spunk got onto the potatox

On the potatox fuckin killed me🤣🤣🤣🤣🤣🤣

What, autocorrect never does that to you?

I’m pro mask mandate for whatever the fuck that thing is.

Kill it with fire

Not gonna damage that demon, hit with some rods from God.

No. There's still a Mr and Mrs Potato head. Only the brand name is changing. It's just Potato Head now.

Instead of "Potato Head" can we call it Mr. President?

Hey teddy bears are a thing so I don't see why not!

Did you hear they went "gender neutral" 🙄

The mental health of these people are seriously in question

Starts at the top.

My eyes: What tha heck are we looking at?

My brain: I don't know but I hate it and I can't delete the image.

In the new toy story, Andy throws the gender neutral woody in the box and says “I don’t want to play with you/yours/theirs/thems anymore”

Genius. Thank you for this.

Whatever that is, it's hideous

DAMN - he makes an ugly woman.

Wouldn't be a Democrat Party without Potatus Head...

oh shit, I thought the thumbnail was Barr

Nothin about that is female.

This picture is disgusting. That being said what in the fuck! Not even Mr. Potato head is safe from the liberalism virus! If you take all parts off it’s literally just a potato and then you put the parts on to make a male or female gender so what the fuck is even the purpose?!

I'm gonna guess that they had a Mr potato head and a Mrs potato head, but the sales on Mrs were shit, so instead of discontinuing it and facing the hellstorm from that, they just put the Mrs parts into the Mr, removed the 'Mr' from the packaging, and played it off as an "improvement".

My first thought was this looks nothing like Tate Reeves. Its too brown.

Kill it with fire in minecraft

Wow I’m really digging the new attachments that can be put on with this. Going to make for great Halloween decorations!

This is the funniest thing I have ever seen.

What a fuckin freak

Soooooo is this the new xpotato?

Eyes and ears, nose and mouth too, Xir Potato Head we love you.

Disgusting piece of shit should be shot and hung.

Why would you bring such a cursed image into this world

Focus groups reveal that if we nominate it immediately as Assistant Secretary Potatox we gain 4 points and a spot on CNN.

Take away the glasses, eyes and nose and that's what he looks like downstairs as well.

I was going to upvote this but frankly, it is too flattering.