TheDonald
Communities Topics Log In Sign Up
Sign In
Hot
All Posts
Settings
Win uses cookies, which are essential for the site to function. We don't want your data, nor do we share it with anyone. I accept.
DEFAULT COMMUNITIES • All General AskWin Funny Technology Animals Sports Gaming DIY Health Positive Privacy
119

Sometimes I see you guys getting a bit testy to each other in the comments. We need to support each other. Those around you are some of the smartest people in our country. creating a culture of mutual respect on this page should be number one goal. The sun is shining and spring is here. GOD BLESS IT (media.patriots.win)
posted 315 days ago by Tom_Brett 315 days ago by Tom_Brett +119 / -0 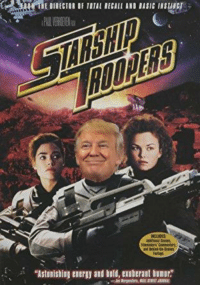 I think it has to do with the discussions and race discussion which Jordan Peterson has had and Charles Murray. Its a legit discussion. biological that jews have a higher IQ when born and blacks dont.

I mean its all based out of that. Its tricky but a scientific merit. Clearly Ben Carson has a high IQ and such like him.

The following is from a good resource that reports conservative facts on issues such as immigration, abortion, guns, and race (including demolishing 1619 project lies) https://www.justfacts.com/racialissues#science

"On tests of intelligence, Blacks systematically score worse than Whites. Some have argued that genetic differences across races account for the gap. Using a newly available nationally representative data set that includes a test of mental function for children aged eight to twelve months, we find only minor racial differences in test outcomes (0.06 standard deviation units in the raw data) between Blacks and Whites that disappear with the inclusion of a limited set of controls. Relative to Whites, children of all other races lose ground by age two... although we cannot rule out the possibility that intelligence has multiple dimensions and racial differences are present only in those dimensions that emerge later in life."

Racial “achievement gaps in our public education system are prevalent just about everywhere,” but the sizes of these gaps are “significantly larger” in progressive cities, and “there are U.S. cities where little to no gaps exist. Those cities happen to be conservative.”[24] Three “of the 12 conservative cities—Virginia Beach, Anaheim, and Fort Worth—have effectively closed the gap in at least one of the academic categories we looked at, literally achieving a gap of zero or one. It is important to point out, though, that while this report shines a bright light on a striking correlation, it makes no claim as to causation.”

It's a much more complicated issue than people on this site "muh Neanderthal DNA" and "muh high IQ" people would claim.