TheDonald
Communities Topics Log In Sign Up
Sign In
Hot
All Posts
Settings
Win uses cookies, which are essential for the site to function. We don't want your data, nor do we share it with anyone. I accept.
DEFAULT COMMUNITIES • All General AskWin Funny Technology Animals Sports Gaming DIY Health Positive Privacy
1969 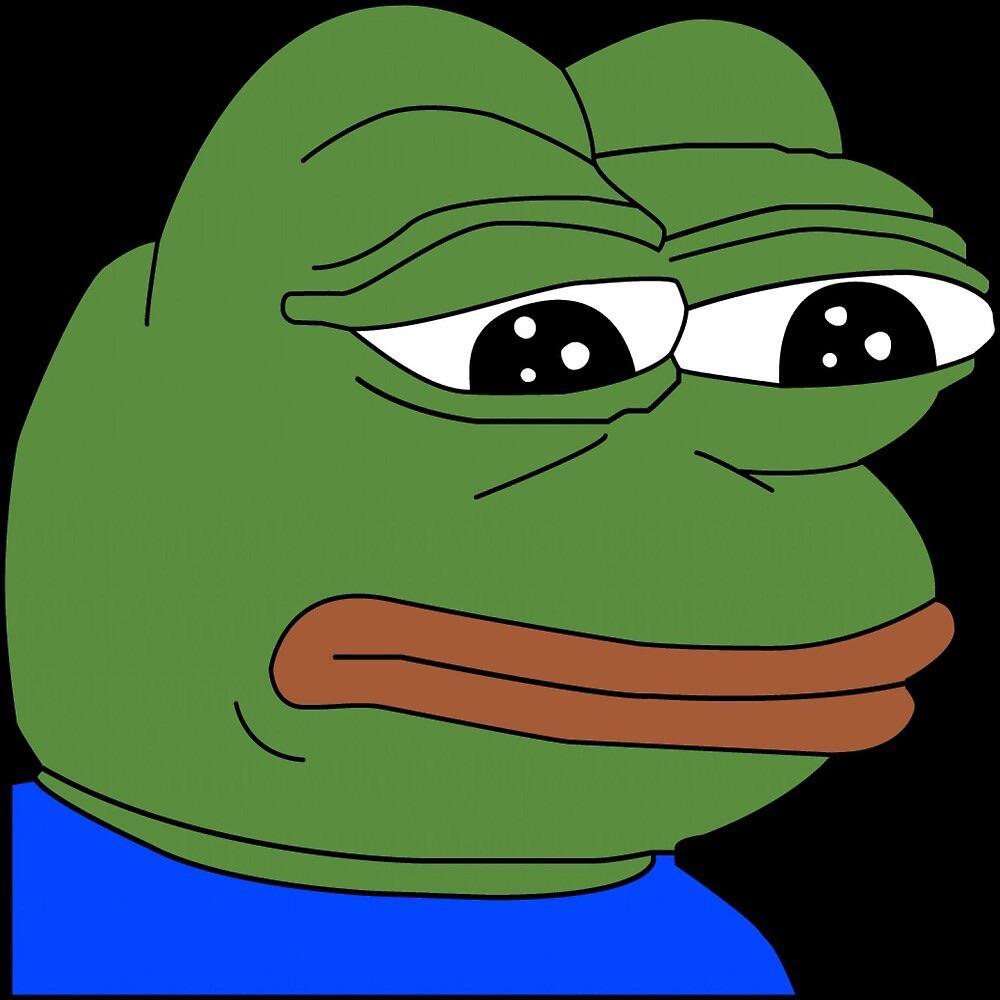 Thanks for all the support, frens. It's been wild

We all owe ^ this guy a round of applause for putting up his own money to run maga.host for this long. Cheers pede, here's mud in yer eye.

hey I just bought the domain. do you have the entire archive of what was hosted? Would love to transfer it to our servers.

You're a good man, jeffreyepstein.

The only situation I might agree with something Bill Clinton said.

It’s awesome af. Glad you stick with it. The reply to your comment made my fucking day. And it’s not been a good one.

Aww glad I could help!

Bruh, that's an OG name right there, be proud!

Only time that sentence will be said.

It set up perfectly tho didn’t it?

Ohhh shit. Almost 13k imgs archived. Will get those back up ASAP. really appreciate it!

Here's a list of direct URLs if you need them: https://textbin.net/95vql8fs5m

You are a godsend. Thank you!

Was wondering if archive would work. But figured epstein already knew and tried. Glad someone else mentioned it! Thanks to both of you.

Yunno I really should have. Skipped my mind for a second

Unfortunately no. Had to let that go with the servers. Didn't have a place to store it.

is there anywhere i could reinstate y0our account with my own card and get access to it?

It was a small hosting provider, owner was a real asshole. That was another part of why I had to end things. So the data is definitely gone

ahh damn okay. glad i could help you recoup expenses. Will be using it for the same type of hosting service shortly.

Thank you. Glad it's in the hands of someone with a good goal for it.

When you get it up add some crypto links and I'll throw some shekels at you once in awhile.

Could you have tried Epik?

The domain appears to have been through Epik but I think OP is talking about the servers, which are different

how much are we talking to pay for the servers?

I’ll throw in also. Hit me up.

I presume you are the guy behind MAGA host. If you can crowdsource funds for it, anonymously of course, I’d happily chip in. Make a thread and have the mods sticky it. You’ll get your funding real fast. Pedes here with money to burn wanna support other based causes. Many people including myself have routinely offered to help pay for operating Patriots, but the mods refused every time. Let us know what you do, best of luck

I have accepted donations on the site for quite some time but unfortunately there just wasn't much support.

I never really saw you posting on here, I’m sure if you advertised financial need you’d get it. Then again maybe you have and I missed the posts, but case in point - Pedes want to support conservative/MAGA/AF companies. I wouldn’t let maga.host die just yet

You'd be surprised... The mods posted a bitcoin address for donations a few months ago and they only got about $1000 to the address, despite thousands of UpTrumps on the post

To be honest, I think it's because pedes want to donate securely and need more info on using crypto privately.

Sorry to hear this, I used your site often. It was very useful but your decision is understandable. Thanks for your hard work.

No idea fren, but if you go there you'll see the domain is for sale.

So does that mean we can BUY it?

That just means the server is untethered. The dot domain still there I bet, I should have grabbed the dot addy when I had a chance.

Is that a one time thing or monthly? Cause the details are sparse

This is why we can't have nice things. I just use imgur.com. They pay their bills.

Always seemed kind of normie to me.

Same, but we've been through several MAGA hosting sites now, and they're all gone.

The cat memes were a clue. Pedes have listed a few good sites in this thread already, so, there's that.

Imgur is useful, but the mods are uber cucked. I got permanently banned for these comments.

Not sure how this simple truth which I was quoting from an article broke any possible rules, unless that rule is “-No debunking BLM propaganda!”

Yeah they run a pretty strict echo chamber in usersub.

I'm not sure how long they keep images that are uploaded with an account, but it's not forever, noticed a while ago that all my older imgur links were 404. Probably worth having the account just so that doesn't happen? Lets you downvote, also. And upvote the very rare pics that aren't blatant communist pandering or reposted low-quality garbage.

So it's similar to our former MAGA hosts, but on a lesser scale?

Understand, but they don't just up and shut down with zero warning.

u/techied owned it. Said in threads a couple days ago that it was digging a hole in his pocket.

Figured it was a money thing. Well, hopefully someone picks up the ball and runs with it.

Can we donate to him?

Thanks! That answers my 2nd question, is frog friendly?

All of mine are still up.

It red pill or blue pill, Billy, not Viagra!

its been non-functional for a while now

Return it to its former glory.

Mods on top of shit. Boo-ya.

All those lost memes

They are still up, for now.

A lot of people have trouble uploading files directly onto patriots.win. Even though the file size limit is supposed to be 12 MB, I can never upload any image files larger than 1 MB (and sometimes even ones that are slightly less, like 800-900 KB, won't work either). The upload progress bar will either hang before it completes, or it will sometimes complete, and then the X pops up to signal it failed. Sometimes if I keep trying to upload, it will work after 4 or 5 tries, but never with anything around or over 1 MB. It doesn't seem to have anything to do with the dimensions of the image for me, just the file size. So whenever patriots.win would refuse to accept an image of mine, I would upload it to maga.host and never had any trouble at all.

netwrks is working on beta 2.0! it should be re-available shortly, with all the shortlinks and gif abilities.

The page is blank, I did see maga.host redirects to there but is there going to be a bulk video upload tool? That is of great value.

Brother, can you give me the option to upload multiple items at the same time via Windows? I will gladly donate to the project.

Anyone happen to get a siterip of the original site? worth a shot checking out

I'm beginning to the get the feeling that the internet doesn't like us, not sure.

What do you mean it's gone? Put it back up!

That must be a very recent change.

It went down a few days ago.

On sunday, I was getting a DNS failed message, maga.host was unknown. Then the parking page showed up,

As a prior donor, I am sad to hear Maga.Host is dead. I tried to use it today to upload movies I thought were important for humanity. :/

This news is right after I learned stupidvideos.com was dead along with all my childhood videos I put together.

The teachers who told me the things on the internet last forever were clearly dumb or lying.

The good news is you can host GIFs here on .win, here's a few image hosting sites fellow pedes suggested...

Why do we keep competing online, rather than destroying the internet? It would be way easier than you think.

Found this, do not blow their phone up.

The pede that owned it is just selling it for financial reasons - there is no fuckery afoot here.

Epik is just the domain registrar

I like https://snipboard.io/ for images and screen captures - don't know if it works for gifs.

Wtf?! Just like that, no statement or anything? They just disappeared? Wow....

You must be fun at parties.

Is reddit still a thing? I heard they promote pedophilia and have been for a very long time.

Hey, look at the Reddit normie over here with the Futurama name

How many times are you going to call someone a fucking faggot in one day before you feel better, young awkward millennial dude? Your history looks like my Twitter feed, winning over hearts & minds one stinging insult at a time. No particular rhyme or reason other than the frustration that most of the people on the site don’t quite see things your way. In that way I guess I can’t knock you but I see you cuzzo, why not call it a day & go even harder on the 1s & 2s tomorrow. The people here generally have good vibes, so at least in my defense the people who’s feelings I attempt to hurt on twatter are vile soulless circus seals, nodding at every anti white wokester like they are curing fucking cancer, lining up & riding the cancel train like it’s Batman the ride at great adventure or some shit. No one here hates you & some of them quite literally are fucking faggots lol, so chill akee. Log off for a bit you maskless Chad, go suck some of that sweet sweet Biden-Harris-Dewine O2 out there, grab a cowboy killer or drop some 50-50 8mg Hawk Sauce into the motherfucking tank & re-read John Galt’s speech like a goddamn red blooded American. We are both being counterproductive as fuck, so me first I’m out. ✌️

haha - you have to ignore those handshake accounts

Lol I’m thinking I wish I were gay, it’s a valid excuse to bash the motherfuckers skull in and still look my wife and kids in the eye when I get home. FYI single issue dudes that fixate on gays, they typically secretly think dicks are delicious.

Haha Bitch I’m way too cute for you, I am flattered tho thank you, I do realize it takes one to know one.