Win / TheDonald
Win
Communities Topics Log In Sign Up
Sign In
Hot
All Posts
Settings
Win uses cookies, which are essential for the site to function. We don't want your data, nor do we share it with anyone. I accept.
DEFAULT COMMUNITIES • All General AskWin Funny Technology Animals Sports Gaming DIY Health Positive Privacy
1770 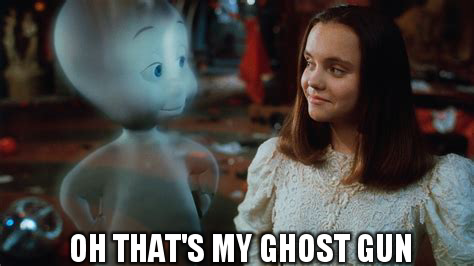 Whats so fucking awesome about the fappening photos is supposedly most of them came from Weinstein's cloud account.

No lol. They were from people figuring out celeb icloud emails (every person with an AppleID forcibly auto-generates an @icloud.com email based on their real name, thanks Apple! ), then using "forgot my password" on iCloud, answering braindead security questions setup by the celebs, and then downloading iCloud backups. You can look this up if you haven't already heard this.

Lol, reminds me of the "Don't embarrass me." Weinstein clip.

I havent seen that. Sauce?

Okay I’ve seen that. The dude is a fucking creep, but I don’t feel bad for these whores feigning outrage about fucking him to get a job.

In LA, chicks suck off bouncers to get into the club to suck off an agent so they can fuck a producer or director.

👻👈
And Caspar is Twelve, as (in the movie's completely unnecessary canon) that's when he killed himself, because why shouldn't Suicide be a major point of a Children's Movie??

You're thinking about the fake backstory connection between Richie Rich and Casper. They look identical so the internet created a degenerate black pill story that Richie Rich supposedly found the folly in chasing massive wealth and took his own life when it dawned on him that he'd be forever alone and could never trust anyone purely because of his own wealth.

Plot holes from that story line is:

He would be more likely a Hunter Biden character. Massive wealth, power, and protection caused him to chase the high to fill the void in his life until he's smoking grated parmesan cheese one day only for his lactose intolerance to catch up with him and his suffocates due to inflamed lungs. Simple as.

I thought Casper died because of a sledding accident and died in the freezing cold or something?

I haven't seen the movie in 20 years, but I don't remember suicide being a part of Casper's backstory...

Yes. Pneumonia from sledding too much in the cold. His father died trying to resurrect him by inventing the Lazarus Machine.

Strangely it worked perfectly at the hands of nitwits, but his father never used it to resurrect his son...why? The movie skips over that if I recall it properly.

Ricci's dad is a 'ghost therapist', Casper has no memory of his own life, Casper recognizes an old wooden sled his father bought him, and remembers playing outside until he caught a severe cold and died of pneumonia, then becoming a ghost to keep his father company. A newspaper article reveals that Casper's father was subseqently declared legally insane. Three lab assistants plot to murder each other over his ghost invention, then plot to murder Dr Harvey too, but first Dr Harvey dies from a terrible accident.

So, not suicide, but still phantastically Dark for a 'childrens movie'.

It's a TV scene

Makes sense. I was wondering why it was posted under "fappening".

It's a new day

China Joe threatened to make us all register 80% lowers and the like.

Tomorrow Pedo Joe gonna b cracking the whip on our 2A rights, will need background checks on all 'ghost' guns will b on there for sure, plus Lord knows what else <3 MAGA2021

Is this why POWW price went up today?

Definitely not outside the realm of possibility that's for sure!!! <3 MAGA2021

I think ghost guns refer to buying lowers for guns and building the rest yourself. Because then there is no serial number so it is completely unknown to the govt you have that gun since lowers don't require any background checks or anything. (As every gun should be, but no need for me to rant about the unconstitutional stare if our govt today rn)

Hence the slightly suggestive look between the two in the picture and the text. Grateful for freedom

The serial number is on the lower/receiver which is the part that's legally the gun in the US. A "ghost gun" is commie speak for people making receivers without serial numbers, like getting 80% lowers and finishing them on a drill press or 3d printing them and such.

Anyone else remember this gem.

Somehow I knew it would be De Leon.

On an AR, the lower isn't the receiver.

The Gov has spent nearly 60 years not 'getting' this, and around 2018 it became a seperate legal issue - which shouldn't be overlooked as brambles for screwing with Nazi Joe's big push.

Thanks for clearing it up

A ghost gun is any firearm that eliminates a human target. It turns that motherfuker into a ghost.

She's just happy to see (thru) him

Dictator Joe's executive order on gun control tomorrow will include them going after ghost guns. They think they're not protected by the 2A. Article

Ghost guns have no serial number, no registration, and no manufacture, or record of sale as a firearm. They are just a chunk of metal. You are allowed to finish five in whatever configuration you chose. You can also have as many unfinished 85% as you want. Not just AR 15's but in many other models. Everyone should have some.

Legally just a piece of metal that been machined to an 80% finished receiver. All you do is remove the remaining a small amount of metal (aluminum) with a mill using a template jig, or even a drill press, and file. Simple process. Then buy internal kit for trigger, hammer, sear, pins, springs. A complete Upper, and lower stock, and you have a complete AR. Totally legal per BATF, and you are allowed to make five for your own use. You are not allowed to sell, give away, or trade. Except for no serial number it's the same as one you would buy from a gun dealer.

cuz they plannin something people would shoot them for

Because they're not scared of criminals. They're scared of us.

Also, is that a white guy talkin to a young girl?!?! Where’s the woke-folk on this one?

I researched 80% lower registers today. This is a waste of time for the government to go after. Buying an 80% lower register would allow a gun hobbyist with machining skills and equipment to make an AR-15 with no registration number. However, you can't sell or transfer the gun without violating some major laws. Using other people's, or a company's, equipment also puts them in the hot seat. The amount of skills and equipment needed to perform the finishes is limited to very few individuals. If one of these untraceable guns was used for a crime, it could easily be tied to a suspect who has capable machining equipment.

This is not a threat to the public or the government. It's just fucking hobbyists tinkering around.

Sorry man but you did but research it enough. If you think a drill press equals machining skills then you have but spent much time in the garage.

The are relatively easy to mill and everyone should buy one

they're prevalent, like factory guns in America are and should be too. you should try it. you could finish a glock frame with a hand crank drill and a single metal file in under an hour with no prior knowledge of even where to start by watching a 90 second youtube vid. figuring out how to assemble the internals might take a 1st timer longer .

I was aware of 80% parties where people could bring their 80%er to a guy with a programmable mill. The 80% owner would fit his receiver on the mill. turn it on, and push the pre programed computer program. Sit back and watch it remove the needed metal. "He was operating the machine". If you have time you can do it with a hand drill, and file. All of the removed metal is inside the receiver so your work is hidden anyway if you are a bit clumsy.

We need a cnc machine and start pumping out parts.

5-head. Who wore it better?

I suspect most of these are owned by law abiding folks that love "loop holes". How many criminals are reading the tens of thousands of gun laws and looking for a work-around. 😂

A criminal's work-around is a back alley deal.