TheDonald
Communities Topics Log In Sign Up
Sign In
Hot
All Posts
Settings
Win uses cookies, which are essential for the site to function. We don't want your data, nor do we share it with anyone. I accept.
DEFAULT COMMUNITIES • All General AskWin Funny Technology Animals Sports Gaming DIY Health Positive Privacy
2314 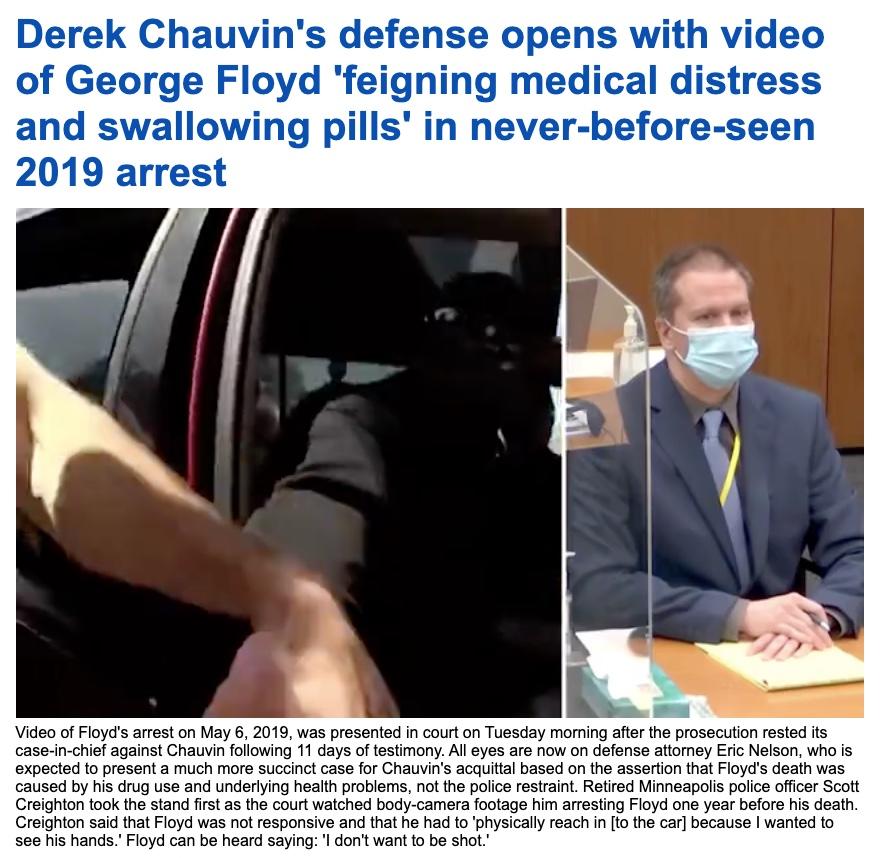 Wait, all that shit before wasn't even the defense? lol

It's all the prosecutor had to work with.

Yeah, compare it to a good actor with a bad script ie. "The Dark Tower". Both Matthew Mcconaughey and Idris Elba are amazing actors and they did the best they could, but even that level of skill couldn't save that film.

Point being, maybe the prosecutor is an idiot, but it's just as likely that he's a good lawyer and this case is shit.

To be fair, it was written by a goddamn communist who also writes about minors fucking to get rid of the evil sewer clown as an allegory for... never mind, you know he just enjoyed writing it.

You aren't wrong, but I try to separate the art from the artist. I'm not always successful.

Steven King is an abject piece of shit but the Dark Tower series was a great read.

They want the mob to be happy. Sad thing is will anyone on the jury have the brass to stand against them.

You can't win a losing case. At least, you couldn't if we had fair courts.

Because this ignites the Civil War.

Huge chimp out, followed by white liberals siding with them, getting progressively more violent, we finally fight back, govt and media assert white supremacy terror attacks, send in military to find alongside blm and antifa.

I think we're finally there.

Ok, I will play along. If you believe this theory has merit...

A. what evidence is there that the prosecutor wants a civil war (or is being directed by someone with that goal)?

B. Why did they use traditional prosecutorial techniques that increase the likelihood/ability of getting a conviction? By that I mean why did they charge him with multiple lesser crimes and several variations of the same crime to use as fallback if the high legal standards of the most serious charges arent met? This would only make their life much, much harder. They could simply have charged him with one crime, like felony murder, and made sure they didn't meet the high standard. Yet they didn't.

C. Do the public statements issued by their office seem congruent with this theory? It would help your theory if you could demonstrate that.

D. Why did the city issue a settlement with the family right before trial?

E. Why was there tremendous pressure put on the coroner, from members of the prosecution and their associates/coworkers, to come to the determination that Chauvin killed Floyd with the pressure put on his neck, and to also downplay the drug overdose? (Ill admit that I have inside information about how this is what happened, I'm not sure if it is widely known. My source is a close friend with someone who works in the coroner's office who told him this.)

I'm not saying that any of this proves you wrong at all, I just want see what you think.

Also E. I don't believe you.

Well at least you stopped short of suggesting that "they want us to get violent" is a reason to do nothing.

Well no, because I'm not a cuck. I've been beating the drum to organize and prepare

I'm sorry but that's a retarded theory. It really is. I'm not saying it's outside the realm of possibility but it doesn't line up with any of the facts/data that we have. It gives a mildly plausible explanation to one aspect of the situation, that it to say it could explain why their case is so weak. But it is contradicted by so much more. Public statements. Excessive charges in terms of the number of charges and excessive in how serious the top end charges are. They just want something to stick, anything, you don't do that if you want him off... it would be extremely counterproductive. The city and their settlement right before the trial. You think the prosecutors office is insulated from the loonies who gave the Floyd family millions right before the Jury Trial began? Hell no, that decision stemmed from the same swamp and it was done to help the prosecution. There's a ton more.

I'm sorry but I have a lot of experience in research and investigation. I have spent years learning how to draw conclusions by analyzing fact patterns and solved some high profile cases pretty conclusively. This is my wheelhouse, so I guess it just annoys me when people half ass the process.

Prosecution's witness: "Chauvin was on the guy's neck for too long."

Defense attorney: "Can you please explain who you are again?"

Prosecution's witness: "I'm unemployed and have been addicted to crack for 11 years now."

Defense attorney: "I have no further questions."

And these are "ringer" prosecutors also. The girlfriend beater's hired guns.