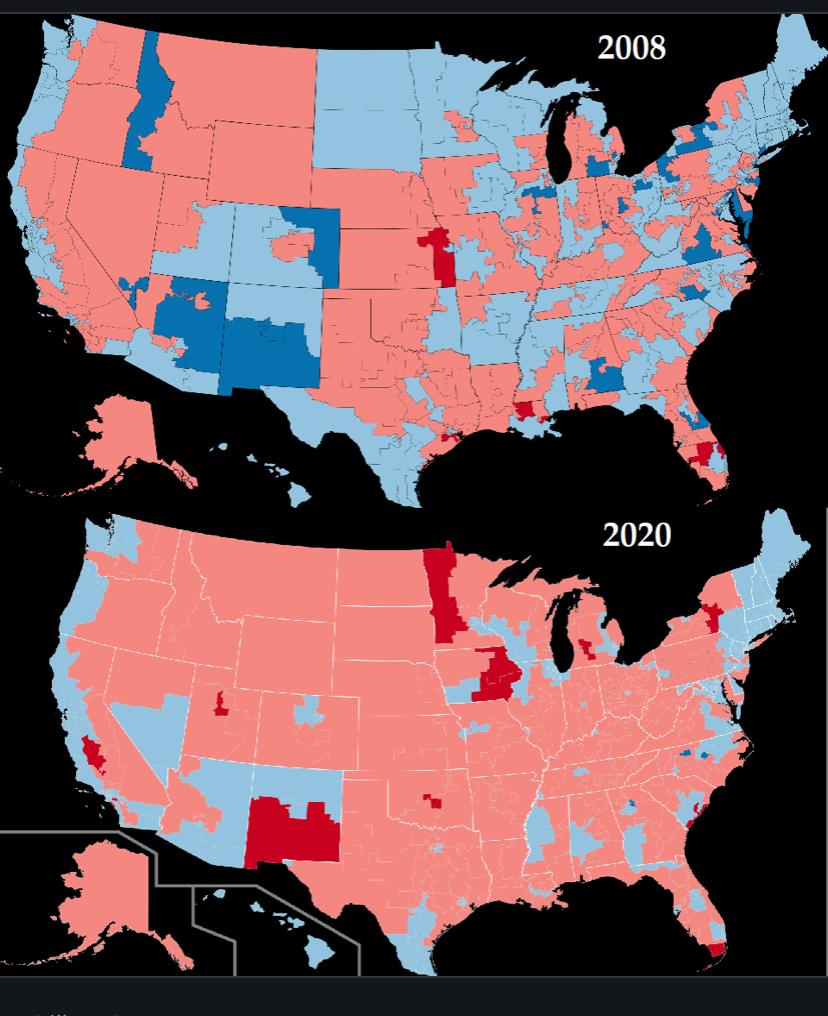 you need a narrow conspiracy focused in 6 places where a single large city dominates the vote for the state.

They have been practicing it in New Mexico for decades, a state barely anyone even knows exists but most of it is conservative. They run the votes up in ABQ & Santa Fe and so goes the entire state. There's not that many people in the whole state much less enough in two cities that are small by American standards.