TheDonald
Communities Topics Log In Sign Up
Sign In
Hot
All Posts
Settings
Win uses cookies, which are essential for the site to function. We don't want your data, nor do we share it with anyone. I accept.
DEFAULT COMMUNITIES • All General AskWin Funny Technology Animals Sports Gaming DIY Health Positive Privacy
2418 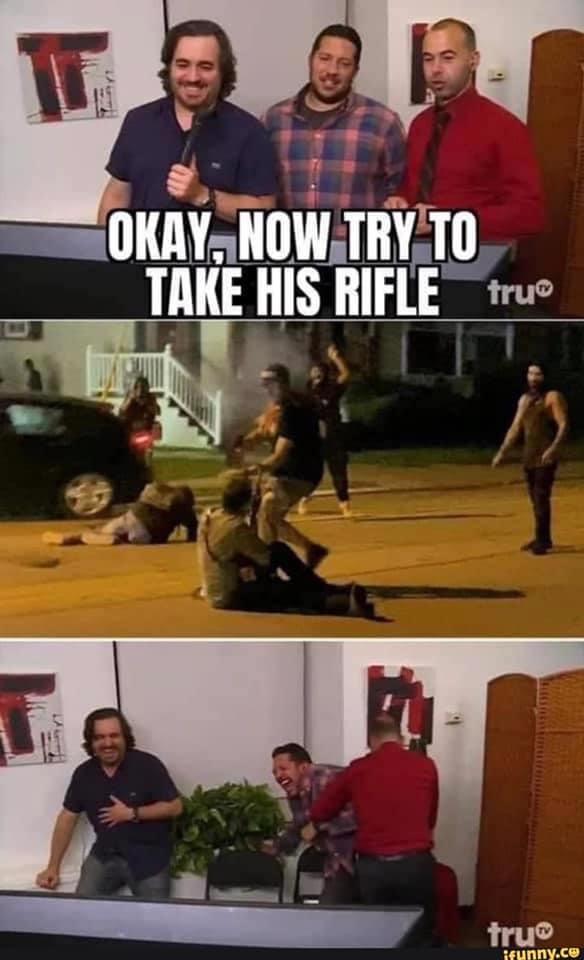 This is the correct response. People here still using facebook lol. If... when... we ultimately lose this war I will take at least some small comfort in knowing that many of us deserved it. Too many selfish fucks that don't care enough to do anything as long as they've still got theirs for now. As long as it's other people getting banned, they'll stay on these platforms to "red pill the normies". Because legitimizing the enemy's corrupt platform, giving them your personal data, and contributing to their revenue stream is how we will win... These fucks will rationalize it until they themselves are the ones that get targeted.

Our ancestors literally died for our freedom but so many of us refuse to even make the smallest of sacrifices. It's sad. And as long as that remains true we aren't winning anything. Just today there was a highly upvoted post about some guy who was upset streamable came after him and wouldn't accept his money. Literally giving money directly to the enemy still in 2021... And according to that thread I was the problem for calling him out. Apparently I should praise people who still use facebook, wear nike shoes, watch NFL and Fox news right? Is that how it works here? Is that how we win? It's ok little dove wouldn't want to take away your toys... how else will you get inspiration for all the spicey memes that will win us this war? Unbelievable.

I got rid of all of my social media accounts back in November. Best fucking thing I did. And then I found this wonderful place in .win and that is all I need. Stay with like minded people and We will win this war! If we get off there platforms they will have nothing. There are more of us patriots then them.

Take this with a grain of salt from a young white man 23 years old fully awake to everything that's going on. A lot of just feel like we haven't lived yet, and now the facade of society is shedding people either reject the truth and try to live a normal life while Fauci and Commander in Thief rule over them. They haven't had the chance to even do shit in life and now its falling apart. I can see some people like myself just want shit to go back to normal, but it never can. We are at a huge crossroads I'm curious to see what happens.

Deleted my account more than 10 years ago. Never regretted it for one minute.

It's like myspace, but run by a total weirdo.

Youtube gave a strike for posting this very same video that is currently on their site. I think they are tracking people through Chrome or Andoid if you vidit patriots.win and flagging our accounts. https://www.youtube.com/watch?v=Zw9-WgUMTzM&lc=Ugw4Agq_KNLV_oJQP3l4AaABAg.9N40dZxw_H39N4ITIUrgod

I legit haven't watched this in a while, let's go again Kyle!

I did not feel bad at all for any of those degenerate commies getting shot. In fact it made me feel happy and warm inside. We need more of it in this country. Kyle us a bona fide hero.

i can still remember the sound the ar-15 made when it blew the losers bicep...awww that mist :D

Hey, what's that thing in the guy's right hand? it's a gun, and he was running up to execute the teen on the ground.

Nothing to see here.

Not only that but look through the video carefully and you see the guy put his hands up as if he is surrendering. Then when he thinks he had Kyle fooled or slightly off guard he tries to point the gun at Kyle again. That's when Kyle shoots his bicep. At that point Kyle didnt even have time to change the aim of his gun slightly higher to shoot the bastard in the chest or head. So he took care of the threat by disarming him.

I remember years ago, when I watched the first 2 John Wick movies, thinking "That's fake".

Then this happened, I was like "wow, he actually did it!"

I'm worried about Kyle's court case, after seeing how unbelievably strong Derek Chauvin's court case was, but he was still declared guilty by a jury after just 1 hour of deliberation.

The commies are trying to set a precedence, and we must fight back.

Chauvin was found guilty because there were under cover BLM activists on his jury. ( No doubt had matched faces to names for retribution should the vote be acquittal) There were mobs outside surrounding the courthouse that surely would have massacred the entire population of the building. The mobs of BLaMtifa are well known for blockading doors and then setting buildings afire to kill those inside. He was convicted to save themselves from a mob attack

No doubt there were some that going to convict no matter what, but don't forget the verdict had to be unanimous. Every single one of them voted to convict. After almost no deliberation.

The plot line for "twelve angry men" no longer holds up.

They were in that courtroom but they weren't sequestered. They had access to what was going on outside, probably spoke with family who were aware of what would happen , with the news media broadcasting ," we know all the jurors personal information" on the nightly news. If it was me, I'd have probably folded too with threats against my child and grandchildren. Knowing what these dindus are capable of with a madcow mentality

Sure. They are trying to set the precedent that we have no right to defend our lives from them killing us.

isn't it universal that trying to take someone's gun is a big no no?

Try to explain that to a jogger

At this point I go to Facebook to annoy them. They put a "fact check" disclaimer from my Desk Of Donald Trump post where they said that his claim of the early morning of November 4th vote drop in Michigan was all for Biden and none for Trump was inaccurate. He said 96 percent were for Biden (true) not that all were for Biden.

They really are despicable. I look forward to Zuckerberg's tribunal.

Darwinism was in full swing that night. The crowning pinnacle of stupidity in chasing down and assaulting/battering someone who had a 30 round semiautomatic rifle and was trying to disengage.

I love this meme... I can actually hear them laughing

I think it’s a badge of honor at this point. Get YEETED and be proud

I use FB to shitpost and troll liberals. I get unfriended every day. Generally I don't give a shit anymore and it feels like MySpace did when it started dying. The only reason I haven't deleted it is because my grandma died about a year ago, and she joined Facebook in 2009. So I have many memories and conversations I would like to archive.

Only betas use facebook. I can't fathom why anyone would subject themselves to such abuse. I got banned one time from some shit once. I immediately closed my account and deleted the app. Why would you continue to give them your money after something like that?

You probably recently commented on a news story. There are groups that mine those comments for wrong think, then dig into the persons account trying to find anything that they can report, then they have dozens of fake accounts report it.

Factcheck by a Zuckerberg's cockgobbler

I love how all the people who rushed him thought they were going to save the day like they were white panther or some shit.

With a huge section of that commie faggot wannabe assassin's arm shredded, his strength in that arm was only 10% less than it was before Kyle helped him find out.

I'm collecting all my old photos, memes day by day. Lost my old phone, computer so I gave to retrieve them this way. Tried doing the FB "complete download" which would gather every meme and photo in one folder but it really doesn't do that completely. I have photos of deceased family there that gave been lost everywhere else. I'll keep my account until I've retrieved them all

Because my meme page has not been permanently zucced yet and I have 3000 followers of the Kekiatani gospel. On like the literally 12th or 13th ban. Gab is growing too. Meme account there has about 1k followers. I love memes. Memes and bitcoin are the only reason I use the internet anymore.

Already on there. Have about 1k follower. Im active on there too. Lot of people refuse to move I've found. They are happy with using a site that literally wishes them dead... currently though no way to say anything. Alts all banned and my page is probably going to get the zucc soon too.

So wrong... but SOOOO right.

I reposted this on my FB andgot my account restricted. Solidarity, Fren!

I got it yesterday for posting Kyle getting hit with the skateboard pic with Fuck Around, Find Out wrote on it. August 2020 post. They are getting way slower catching us. LOL

Kenosha Kid is my hero!

I got one for posting the Dont Tread On Me with kyle on it. They never told me why just that it went against “community standards”. They aren’t fooling anyone.

Had the same meme taken down on facebook this am.

Minutes after posting it I got https://i.imgur.com/c52Yr5i.png

I just shared it myself. Let's see how fast I get another 30 day ban.

I heard the other day it is likely Kyle will get life in prison. They trying to throw the book at him. The whole DOJ is biased against anyone without blue hair & pronouns in their bio.

He should identify as trans and say they attacked him because they were transphobic .