TheDonald
Communities Topics Log In Sign Up
Sign In
Hot
All Posts
Settings
Win uses cookies, which are essential for the site to function. We don't want your data, nor do we share it with anyone. I accept.
DEFAULT COMMUNITIES • All General AskWin Funny Technology Animals Sports Gaming DIY Health Positive Privacy
2102 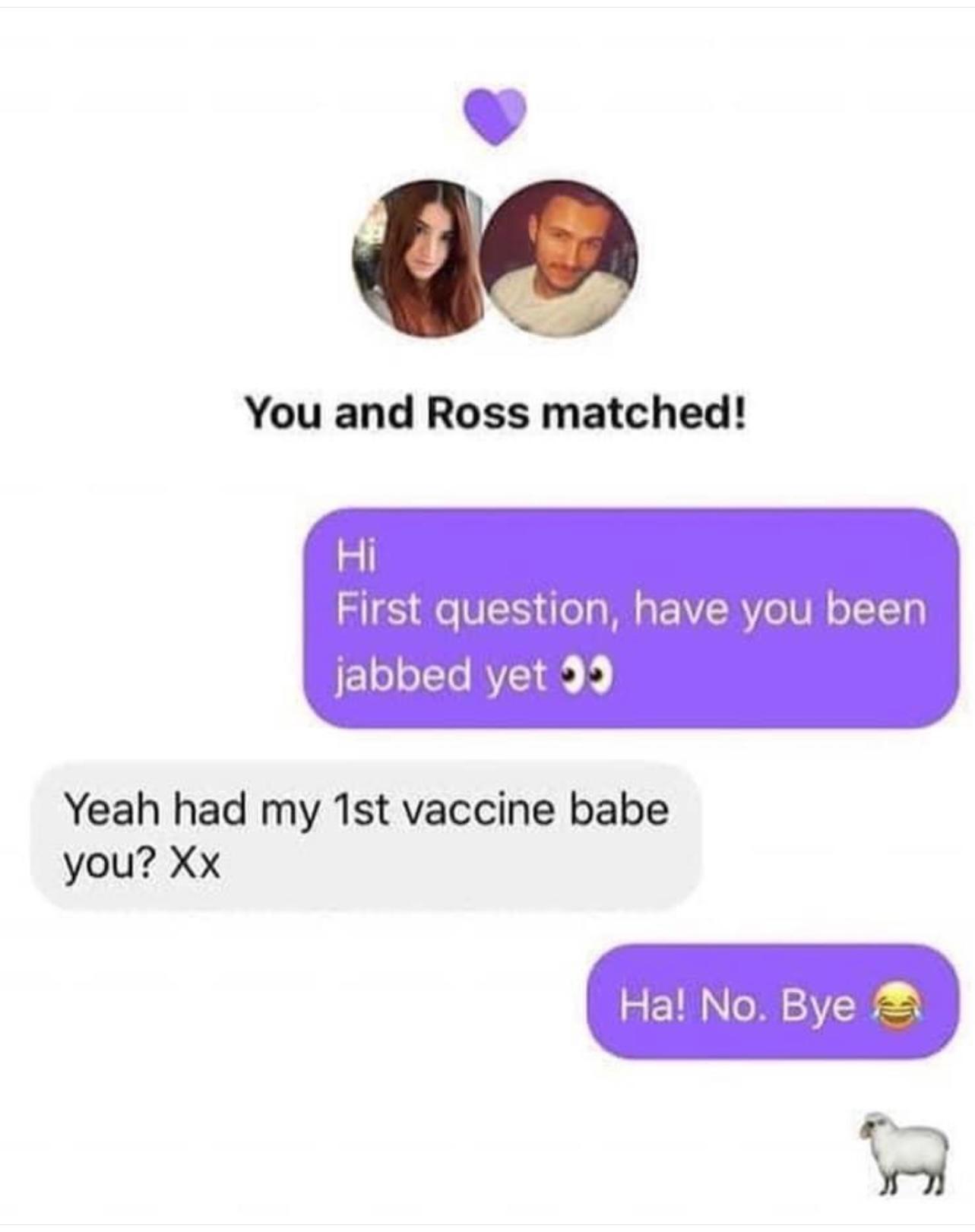 “Swipe the direction you voted” works pretty damn well too

Most girls say "if you voted Trump swipe right".

Very intolerant, but it's cool, I'm intolerant now too. Never used to be at all...

I wouldn't ever want to be with a leftist woman. I fell in love once in my life... Haven't talked to the girl in 6+ years.

If she's a leftist, all those feelings would literally be gone with me. That's how much I despise it now, because today's leftism isn't a 90s Bill Clinton type.

It's a communist freak show of degeneracy and hatred.

We are more like 90s liberals than today's leftists are.

We are anti establishment, anti war when it comes to doing so for greedy reasons, not actual batik al security.

We love sticking it to wall street.

We want to regulate major corporations to an extent, only because they are stifling our freedoms.

Nowadays, the same leftists who were part of the Occupy Wall Street are legit propped up by those same corporations, and following bogus social justice movements that are backed financially by the people they pretend to be against.

Couldnt of said this any better.

.....I'll give it about 4 months at most before the sheep emoji is removed.

I agree it should be more diverse. How about a trans LGBTQIAXYLOPHONE woman of color bending over to get vaccinated and anally swabbed by a UN compliance drone?

Oh come on... He probably thought you wanted to hear yes so he said so to get in your pants

A REAL man would have said "Take an experimental injection whose testing period ends some time NEXT YEAR, to avoid a disease with a 99.997% survival rate, where only 5% of deaths attributed to it are for people who had no co-morbidities, and the average number of co-morbidities for the other 95% was FOUR??? Hell no. You?"

Hi babe, Are u single?

A male trying to shoot his shot with a female is a thirsty beta cuck?

Single, yes, but engaged in the "Long Game" in an attempt to steal my boss from her faggot cuck loser fiance. She already knows he's not good enough for her, just hasn't admitted it yet. She and I are both on the same page on this vaccine bullshit.

Your wasting your time. A woman who would leave her man for you, will surely leave you just as easily. Don't be a fool.

This. I know a guy that thought this kind of shit was a good idea and guess what? Most chicks he 'dated' were manipulators, the rest had severe problems. He got strung along again and again.

If this chick genuinely feels her fiance is a cuck loser faggot, that means she wants that $$$ or something else from him - or she just likes the validation of letting someone try to 'steal' her away. These traits will carry over to any new relationships she has.

Nah, he's a low energy piece of shit who contributes nothing to their relationship and treats her wrong, man. I may be courting disaster, but I have nothing to lose by trying except the very thing I seek to gain, which I will never have if I DON'T try. And, frankly, I shall not be found wanting.

Stop playing the long game and take that! Be Alpha!

You don’t want that, if she’s gaming with you and also already engaged. Das a whore

That’s my initial thought as well. Speaking as a guy who “played the long game,” too, I eventually realized girls like that aren’t worth chasing. Unfortunately, I didn’t realize that until I was in my late 30’s. When I stopped chasing these kind of girls, I actually found a woman who is my perfect match and we got married and had kids pretty fast. My only regret is that I wish I realized this sooner.

Oh, I will, man, I will. But you don't go to a task without the tools you need. I've lost 70 pounds, I've built a lot of muscle, I'm working on a lot of other things to raise my potential and take on my Ultimate Form. Been getting quite the few compliments from her since. And as she walked by the other morning, she may have just reached out and touched a bicep from out of nowhere.

I'm almost there, just another little tweak or two to make. But I've got to do this right, because Good God in Heaven is she the most incredible woman I've ever known.

A real man doesn't change his convictions or abandon the truth to please a woman.

My reply when asked is "Nope. I'll take a bullet before that needle, thanks"

And now they're pushing FDA for approval (based on what statistics that are fraudulent btw?)

45% of those comorbidities were for pneumonia... which is something you get when your respiratory illness gets severe.

So really close to half of the people who died from Covid-19 were otherwise healthy. Old as fuck, but healthy.

That doesn't mean it was the only comorbity

Well that's what happens when you get data from memes.

I made a huge research post and it got 10 votes.

So, what you're saying, is that it's effective at weeding out thots.

Hey, I recognize your handle from the good old days! Nice to see you're still around.

The sheep fucking does it for me lol

Gotta be a good way to avoid the sheep on swipe dating apps... seeing as swipe dating is bullshit sheep shit by and large.

There are based females on Tinder? I have a theory these dating services have the same agenda as the media. When this was first released, it was a decent app. Now that the majority of these apps and sites are all owned by Match, they constantly display and cater to gays, trannies, BLM, leftists, Antifa, etc. Their goal isn't to get you to find a date, it's to make money and push the same shit the media pushes.

Yup! I remember fucking with the app, and every time I’d see a hottie and then read her BLM, fist up their ass bullshit, it was swipe left. Just a bunch of fake bot accounts pushing propaganda. “Look. See. Everyone is supporting it, all of the hotties ready to swallow balls are.”

But seriously, tinder whores crack me up with their, “if you’re just looking to fuck...” lol like, bitch, wtf do you think this app is for....finding your soulmate!? 🤣🤣

Haha "I'm not looking for someone who just wants to fuck. I'm looking for a REAL man who's willing to take care of me and my 8 kids from back when I did want to fuck! By the way, I'm big and beautiful, past my prime, a drug addict, and on unemployment but you must be 6'5" and make at least 100k a year."

With different daddies, so none of them match.

That explains why most of them have professional photos on their profiles. It's all fake to get you to pay.

This is obviously fake. She wouldn't even have to ask, he'd have posted it all over his profile by now!

Additionally..... What kind of ho is calling someone "babe" she doesn't even know? Hard pass.

If a girl said it, you know she's a prostitute.

Neither are real women.

Those type of apps aren't for "dating", they're strictly for hooking up and spreading herpes.

Everyone should create a profile just to spread the truth. Do go there for pleasurable company... Just use it to inject the truth into unsuspecting singles.

He eats the ass.

I kinda wanna make a fake tinder account of a very great looking Chad of a man, and put in the bio:

"Black Lives Matter! I got the Fauci ouchi, and am proud!

As a white male, I recognize my privilege".

And then match with all the ugly sjw freaks, and get their hopes up that an actually great looking man is into them, and organize a fake meetup Hahaha.

Such a dick move, but so hilarious.

I'm on hinge... Stopped using instantly. Full of 90% freaks. Not into freaks. I'll meet a woman through politics =)

I haven’t found any based women in those apps

All the ones I see who put "conservative" in their profile are really fat or single mothers. Or both.

Pretty soon if they haven't already, they will lie and say they did not get the jab.

I have “TRUMP WON, Biden CHEATED” on my profile. Hoping that filters out the crazy libs.

How about this.... Stop using the damn internet to date!

Hope she enjoy having 15 periods each month

I tell people to update their wills, and that they will not be alive in 5 years.

track it, people are dying about 4-5 months after the 2nd shot.

Opening with babe... that's a nope.

Is there something wrong with u ?

“Have you been JABBED yet” maximum cringe over dose how hard is it to communicate like somebody with an IQ above -300 and just say vaccinated SRS.

The term "jab" was concocted because it was a cute way to avoid the word "vaccination", which these shots are not.

Correct, I just cringe because it sounds even worse then vaccine IMO.

Had to get the vaccine for my job at the school. Some of us had no choice but to get 2 stabbings.

You always have a choice as long as you aren't room temperature.