TheDonald
Communities Topics Log In Sign Up
Sign In
Hot
All Posts
Settings
Win uses cookies, which are essential for the site to function. We don't want your data, nor do we share it with anyone. I accept.
DEFAULT COMMUNITIES • All General AskWin Funny Technology Animals Sports Gaming DIY Health Positive Privacy
1630 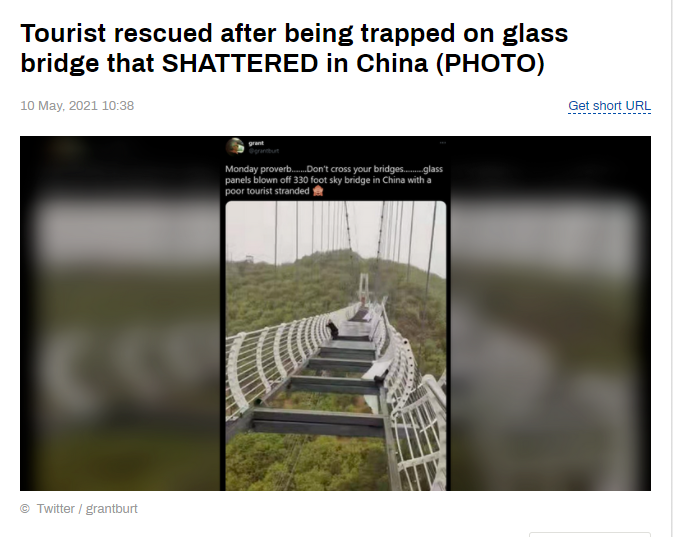 I can't wait for 3 Gorges Damn to burst.

I don’t want to see a single dine of our money spent on that disaster laying in wait. That is likely going to be the single greatest catastrophic event of our lifetimes.

Then the Clintons looted as much of it as possible.

I can guarantee you that China already did the math and they legitimately do not care if the dam fails.

If the dam fails and millions die, so what? They will easily recover economically, they might even appreciate having less mouths to feed and the international sympathy.

What people fail to realize is that China CAN engage in high quality engineering. In fact they are just as capable in this regards as the west, the difference is they do not care about their fellow human beings, so if they can save a few bucks and expose their fellow people to risk they do not give a fuck.

That's why they are a threat. They have all the intelligence with none of the morality.

Yea, their regulations, like in the Middle East are shit. We are allowed to get away with the thousands of jobs it provides and $$$ we get for design/engineering & security .... and local contractors end up getting punished etc.

I won't give a fuck. It won't be a tragedy to me. I will be happy because it will likely kill the CCP.

Millions of China-Men will die. I'm willing to estimate upwards of 100 Million.

From the disaster itself or the fallout after?

I recall seeing a documentary that said 90 Million live in the path of possible destruction if the Dam broke. So it's probably 100 Million now, from the immediate Disaster, another 20 Million without Power, Fresh Water, and likely Food since that River Supplies Hundreds of Thousands of Acres of Farms.

Apparently I need to go down a rabbit hole.

And maybe look into how to make shape charges

It would take a very massive explosion, likely one on the scale of an Earthquake.

If this is the same dam everyone keeps going on about. Sat Images show it is buckling by a few inches every year or so. Wont need a bomb when the slave labor didnt lay the thing down well and the engineers only knew how to copy dam designs instead of understanding the mechanics of it.

If it's the World's Largest Dam, then that's the same one everyone is talking about.

But we want that to happen ASAP, gotta speed it up!

The people dont deserve it. Only the officials that brainwashed generations

That will lead to anarchy ....

Got CIA thinking ... to overthrow the CCP there pedes.

the CIA overthrew the US with the help of the CCP

Exactly. The Anarchy and Chaos may be just enough to allow Democracy to Win back China.

And nothing of value will be lost.

Remember that the average Chinese carries about the same amount of personal responsibility for the CCP as you and I do for Biden. Which means some, but not a whole lot...

Don't blame the innocent people who will suffer when the Government and system of Government is to blame.

They open all the floodgates to prevent that from happening. Every town and farm downstream gets flooded but it's better to cause all the damage of a damn burst without losing the dam itself.

I knew it! Fuck those glass bridges! I think they just put one in the Grand Canyon. Probably used the same cheap Chinese shit to build it.

Was it built by the feminists who designed the bridge in Florida? Wait. This one lasted at least a week. I guess not.

Nah, GC was American-Made, if we were to believe Wiki that is ... Says it was designed by Mark Ross Johnson (sounds American) and Engineered by LOCHSA Engineering (Las Vegas & Boise based) and Executive Construction Management (Las Vegas based) as construction contractor.

David Jin was the inspiration behind the idea though ... a Las Vegas businessman. Is an Asian surname, but first name is Christian enough.

I wonder if they did the one at the Palms Hotel in Vegas. Glass bottom swimming pool in the Penthouse Clubhouse extended over the entrance to the Casino.

It did crack shortly after it was installed, but it didn’t break completely.

Ancien Chinese saying: he who walk on glass Bridge have peanut for brain.

This was written by the ancient Chinese philosopher Bang Ding Ow

Their fighter jets crash too.

They lie, cheat and steal everything. You can't innovate and be a slave at the same time.

Every person's worst fear when walking on one of those.

For good reason, as we now see

There’s one in the Grand Canyon. Hope their glass is American!!!

Yeah well... it’s easier to destroy something than build it. Don’t underestimate chinas ability to go “well if we’re losing then fuck you” and go all nuclear

We could do the same thing. But!. ... they suck at actual infrastructure stuff a near miss on bridge would be as if a direct hit. They have also screwed over Africa with infrastrucure projects so I see that as an untapped resource.

We could do the same thing, but in the event they’re already losing they wouldn’t care. If you blow up my decrepit crack house and I blow up your pristine mansion, who has lost more?

Either way... the Great Wall of China is one of the seven wonders because it’s the only Chinese thing to last more than a year.

Well think of our popular damns and think if them hit them they would have impact on manufacturing or pissing us off. .... if we hit Thiers(poorly constructed ) would it be equal? ?? Our jsf is equal to their best stealth fighter they have stolen tech for. .... I that we know of.

No other super power can match our engine tech. Thats the big lag.

How would the infrastructure projects in Africa benefit us?

Do you worry about having China + key US institutions working together as an enemy?

Absolutely. Compromised officials and NGO agencieies that sell out secrets

Well…. It was made in China.

I was thinking of it’s cousin transparent steel

I'm not a fan of heights, but couldn't this person just cling for dear life and and inch on those rails?

If the panel he’s on shattered as well, then he would have no choice but to do just that. Grappling on the rail inch by inch has a chance of slipping to his death, while waiting for rescue has none

Absolutely. Hands can be very useful.

As a climber, I think it would be an easy traverse. The majority of Chinese people aren't know for being fat.

See, kind of what you get when you don't spend the time engineering and have a "that's good enough" work ethic for everything in your society.

Also, this was not only glass, but a display screen. These glass bridges and walkways are ones they designed to "simulate" cracking when people walk on them. Expect some walkways to go after this too... https://www.youtube.com/watch?v=gvGnpaPZT94 First few seconds of this video is that bridge.

Failure on this is pretty easy to see why, the frame has 0 tension relieving connections to the glass. They were just sitting in there, and as wind load applied torsion to the bridge the load against the edge of the glass shattered it. Tempered glass is strong from the top, but shatters easily from loads on it sides. Same goes for concrete.

The whole knowing something that was made in china would not last long, most of the payments made to a factory there goes into bribes and then they cut corners unless you have actual people over seeing the whole process.

My uncle was in China with some of the big plumbing manufacturers and they said one area to avoid is the ones with the local magistrate with the gold watch and fancy expensive car because those areas you need more man power to make sure everything is on the up and up and also running cost is higher because of the kickbacks needed.

They had a region with a somewhat humble man who did not take a lot and once they were laying down the foundation in comes some big shot from a big city and demands he get a cut since they would be using roads and eventually the plant had to shutdown because the bribes became to much and the quality control failed every batch.

So with a lot of Chinese products you get what you pay for towards the actual parts it self everything else is just bribes to let them build there and to "avoid" issues.

Me Chinese. Me play joke. Me use lead to build a rope.

Biden will happily award Chinese construction companies a bunch of contracts to build their shit here in the States.

Australia stopped them head-on in Victoria, where the cuck governor was about to do this Silk Road stuff.

All of their effort goes into their military, it's the civilian stuff that's shit.

Didn't the Soviet Union have the same problem?

And they bankrupted in the 80s because of their failing economy and not being able to counter Reagan's awesome Defense Strategy of Star Wars Project.

Proving the best defense can be the best offense.

The chinese are human garbage

lmao no way I saw a video showing this amazingly deadly bridge.

False. Everything they build is shit.

Without integrity quality control means nothing

Why, no, I don't worry about the new Bay Bridge in SF that was made with lowest bid Chinesium. At all. That they already had problems with building the thing. Nope. No problem here!

Wrong pede, they can only build shit.

If you're a tourist in China, I don't have much sympathy

I'm not defending China, but this kind of thing happens all over the world:

Yep. South Korea too had that with the Sampoong Department Store collapse which saw 502 dead.

My favorite is still the story of the high speed train that crashed and the Chinese officials just buried it.

Still safer than their escalators.

What about the Great Wall of China?

Tech support: "Hello." Tourist: "I'm trapped on a glass bridge. Some of it fell out." TS: "So sorry, 90 day warranty." Tourist: <Doppler effect on fading scream>

Alternative for Indian bridge: Tech support: "mumble mumble." Tourist: "I'm hanging on a glass bridge. Some of it fell out." TS: "Have you tried rebooting?" Tourist: "You curry eating son of a ..." <scream fades>

Don't need to, just developed some "viruses" funded by the US (taxpayers' money) and used them to kill US citizens. The US is really "smart"