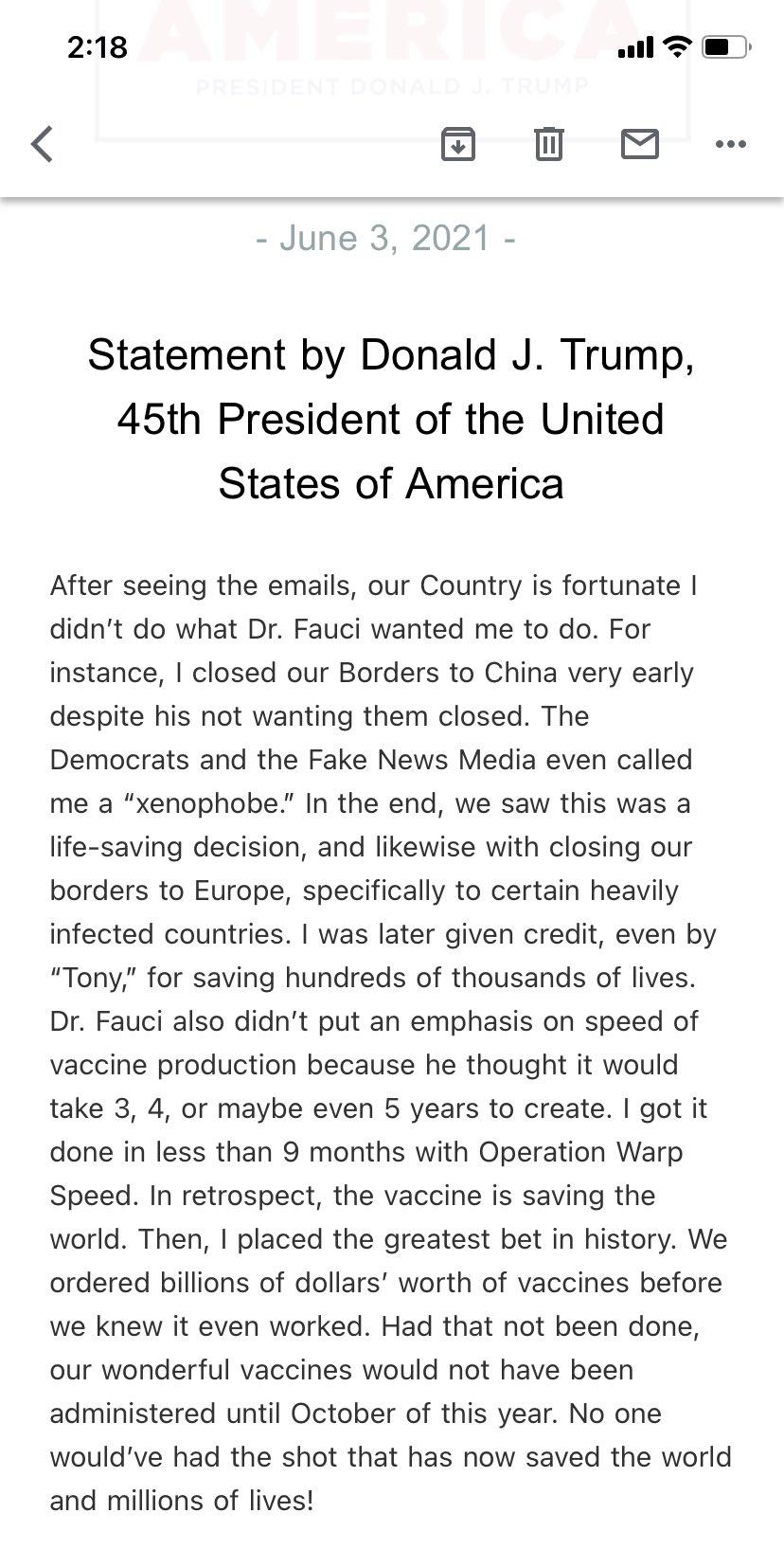 Well, if that is the plan they'll get us back to lockdown. I think Chopblock's comment is brilliant, but I'm not sure I buy all of it. His comment was an achievement like finding your way out of a super complicated picture book maze in short order. Didn't hit any logical dead ends.

The "Pandemic" was already beginning to dissipate when the vax was released. In fact, I'm not fully convinced it even existed much beyond as a glorified cold, a bunch of false positives from a shot in the dark testing system, and a rebranding of a portion of every major mortality contributor. With some of them they can even share bodies. The people that died of advanced heart disease, but with a positive covid test standing, (even if asymptomatic) almost certainly were counted on the morbid death count psyop. I almost guarantee that they will show up in the annual heart disease totals.

didn't do anything to try and clarify for the people how everything was being tallied and the true toll the virus was taking.

Remember for months... almost half a year, they were letting people believe that you had somewhere between a 2% and 5% chance of dying if you tested positive.

I know a successful well to do liberal and a number of people under his influence were insisting the death rate was possibly as high as 25%, as they insisted on dividing the cases recovered # by the total deaths..

What do you know? As I had been insisting must be the case, the media quietly shifted the goal posts.

People talked for a couple of days about how they had finally clued in on the fact the were displaying a cfr an order of magnitude higher than reality.

Trump was just allowing them to spin up a yarn with lies and misdirections of all variety for us to accept or have our noses rubbed in daily.

All the while the Democrats were putting in place the election system they needed to win.

Trump sat there on defense for 3 years like a sitting duck. It was miraculous he survived the first 3 or 4 take down attempts, but you can't just sit there a target forever.

They will get you eventually. No effort of substance was made to turn the deepstate on defense and flush them out, at least away from their weaponized turrets.

Without Covid and the unconstitutional changes enacted to deal with the negligible risk of holding an election like all elections previously. They wouldn't have had a chance to to Trump's 75 million vote landslide.

Instead for months out from Nov they were acclimating the public that the election would result with Trump winning, and then losing... Woooo woooo woooo RED MIRAAAGE.

and we were on the wrong side of midfield, either on 3rd or 4th down(pray it was 3rd). All the ball carriers were limping around in bad shape from flagrant attempts to inflict injury that the refs never called once.

Instead of coming up with a plan and picking a couple of routes so there would be at least a chance a receiver would come open downfield, somehow the play got snapped and no body was even making an effort to get downfield. So Trump was running around in the backfield dodging tackles until the inevitable happened on the 6th and he took a freaking sack.

Now our borders are being flooded we are about to experience inflation like I've never seen in my lifetime. The Democrats are printing up " wealth and saving sapping notes " and dispersing them willy nilly to their in group. Lumber is 5-10x too expensive, gas is headed to all time highs.

Every institution we had has turned into a comical farce, comical deadly farces.
Patriots are being hunted and ostracized from influence, if not imprisoned .

It was an impressive effort, but I think we're a long way from negotiating this L into a W.

I agree with a lot here. I am looking forward to learning why I was able to figure out the real Covid risk statistics on my laptop early on, but nobody in DC could articulate the real risk.

I disagree with you here:

No effort of substance was made to turn the deepstate on defense and flush them out, at least away from their weaponized turrets.

We uncovered all of their RussiaGate antics, had a ton of declassification, and even got a real investigation from Durham. We've caught them red-handed. It's just that the system was even more corrupt than we thought and they managed to seemingly run out the clock.

I say seemingly, because I don't think that chapter is closed yet.

As for turning this into a W....there are still a number of things that could happen, but I'm acting as if we've got to un-f*ck this situation ourselves.

I don't begrudge anyone holding out hope for a theory, no matter how optimistic, as long as they don't think it's all in the bag and their only role is popping corn and watching the show.

I invested so much time in Hillary's Homebrew server all the way through the first impeachment. I was working 10-12 hour days out of state for 3 years. I was doing my own thing, so I was listening to YouTube/Bitchute politics allllll day every day.

It beggars belief that it would all amount to nothing, but it seems like it has. People don't even talk about it As having any current relevance. It feels like water under the bridge.

When I said "no effort was made" I was referring more to action from the administration.

Devin Nunes and a few other Republicans did their part.

(*Chuck Grassley, I knew he was a weak old Republicans, but good Lord....the praise he heaped on Merrick Garland....maybe he was kissing his ass because he has legal exposure.)

Tom Fitton was always throwing a wet blanket on my justice boomerang dreams.

going on at Huber's office. I don't even think they conducted an interview.

Then he started saying the same thing about Durham right as all the hype was building. He said there was almost no activity from Durham that he could tell. Not a single grand jury convened that any of his sources had noted.

Fitton also said that the Trump DOJ was no more responsive or helpful than Obama's...in fact he said that Trump's DOJ was possibly worse than Obama's.

The House Republicans and Judicial Watch handed the Administration the RussiaGate conspirators on a silver platter.

Trump's Departments had all that. They had Jeffery Epstein dead to rights, and then they just had him dead, maybe. They probably had confirmation that Seth Rich was the Wikileaks source. They've had Ghislaine Maxwell. Trump's FBI and DOJ had the Hunter Biden laptop with not only Clear evidence of prospective first family criminal degeneracy. And clear cut graft schemes involving the candidate himself.

We, the base and the Republicans trying To be responsive to our wishes, and the ones manning their positions as best they can, deserve an A for effort.

one exhausting propaganda campaign after another.

All the inaction was coming from places directly under the chain of command of "The Big Guy".

I was there with you the whole way, incredulous that the massive evidence WE knew about hadn't resulted in mass indictments.

They are clearly beyond caring about optics.

" Two tiered justice" doesn't cut it as a descriptor anymore.

This "W" people are hoping for is succeeding in keeping them from getting 100% of what they want, and holding them to 40%. Anything above 0% is a "L."