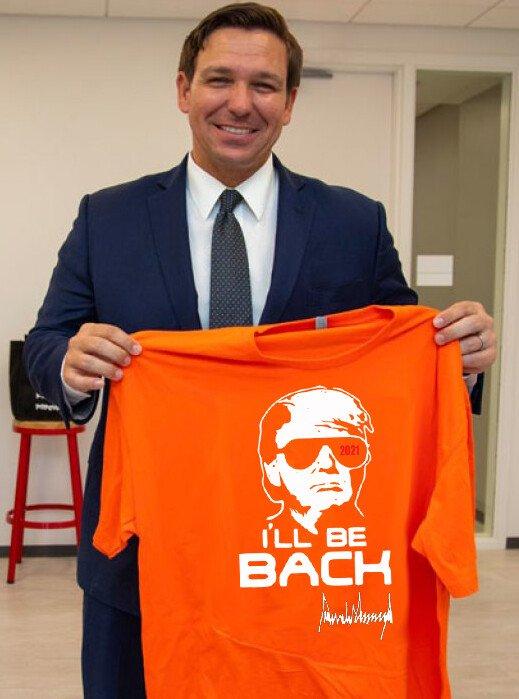 thats idiotic, he can install a governor thats loyal to him, while he is vp, and he can use the time in washington to build a machine thier for when he runs in 2028 , it also allows him to learn the ropes, so when he wins its familiar to him, it also allows him to build support in the midwest and beyond, the vp can do a lot of shit under the table, so while he is creating a machine in washington and country wide trump will have all the media attention on him same with the dems, when 2027 comes around he could have already had his campaign and machine ready to continue, plus if they run the country well , he can run on a time to continue and finish the job platform, desanctis is the next republican leader, the issue will be will he have everything ready when its time for him to step up

Who would be the governor instead. I live in Florida, there is only one DeSantis, we can see that throughout the country. There are people, I am sure, but are they in politics, did they go to West Point, are they JAG, are they everything our governor is. The man knows law, and he knows Florida. We need others to step like him, they are out there, find them... please. I am not one. :) but I am a great worker bee.

I agree. Do not take our governor away from us to throw him into the DC swamp!

He's one of the reasons I moved here! Let me enjoy his awesomeness for at least a little while before you take him away!

Now I'm conflicted. Should he remain as the shining gold standard for other governors or should he go as VP, thereby solidly preparing himself to be the future president... ???

The obvious answer here is to just clone him.

thats idiotic, he can install a governor thats loyal to him,

How has that worked out for us so far?

if desanctis is the shit as we make him out to be, im pretty sure he would already be planning and thinking this for his eventual run for president, so grooming a protege that is loyal to his beliefs and vision shouldnt be hard, the issue is only establishment do that , look at the bushes and cheneys, they are all basically in the same mold or the others have thier ear so they can warn and direct that person

he was lucky he was trump before 2020 its just that back then the dems actually tried to maintain a public image, they got caught and had to quit or jail florida always had these laws they just werent enforced, tim scott was governor then and his senate race was also under threat he damn well would use those laws to ensure he got through so the dems caved, since then desanctis just did his job and boom florida flourished, him grooming a protege for the next 2 to 3 years would allow us to cement florida red, that why him as vp would be excellent the base would see it as a handing of the torch it keep continuity and sets him up as the heir apparent while making sure he isnt primaried by the rino or establishment

You really think that? After what Trump showed you with the national election? After learning how the local and state elections are stolen the same way, you honestly believe this in your heart of hearts? That it was truly that close? Really??