TheDonald
Communities Topics Log In Sign Up
Sign In
Hot
All Posts
Settings
Win uses cookies, which are essential for the site to function. We don't want your data, nor do we share it with anyone. I accept.
DEFAULT COMMUNITIES • All General AskWin Funny Technology Animals Sports Gaming DIY Health Positive Privacy
2321 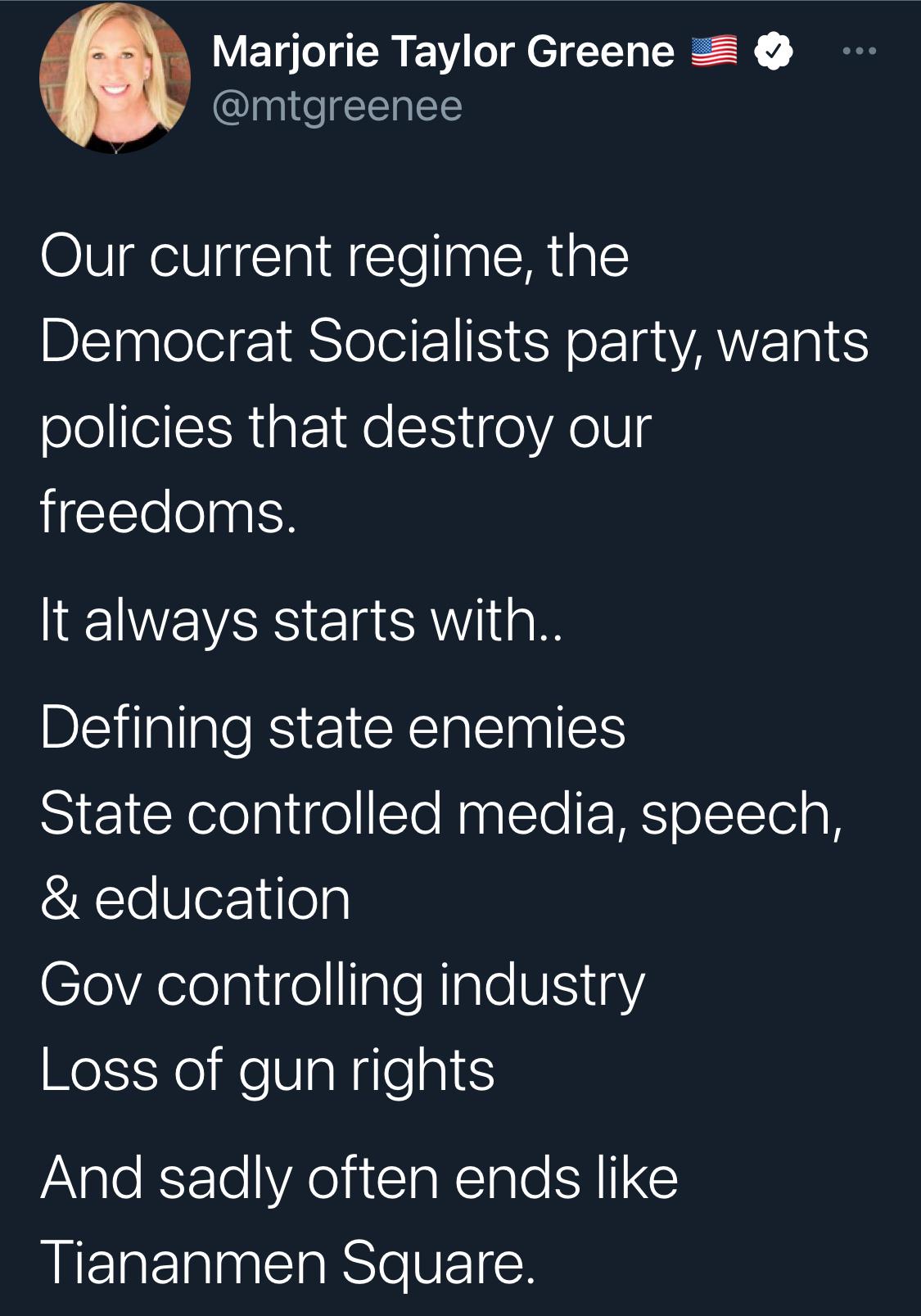 The Dems aren’t becoming like the CCP, they are now a tentacle of the CCP

Exactly. We're just a vassal state under the grip of the CCP now.

Until we take back the reins of power from the traitors, yes

When haven't they wanted all these things?

This Chinese professor was even gloating about it: https://nypost.com/2020/12/08/professor-claims-china-has-people-in-americas-core-inner-circle/

“I’m going to throw out something maybe a little bit explosive here. It’s just because we have people at the top. We have our old friends who are at the top of America’s core inner circle of power and influence,” the top Chinese political scientist continued.

Yeah, I watched his speech. These emboldened tyrants don’t even try to hide it anymore. Imagine if we had a responsible mainstream media raising the alarm about the CCP’s infiltration of just about every major institution in America? Image if we had a citizenry who understood the real threat that poses to our very lives?

I read that as "testicle".

It takes a lot of balls to admit that

Dammit, upvotes for the whole lot of you.

They are the administrative state, Coumo, Whitmer, Newsom, all acting out their future roles

Gee, January 6th has a lot in common, but instead of 10,000 dead we have 1 dead, and the person who shot Ashli is considered a hero. HEY! Just like the troops who eventually shot the protesters!

I was there. You're more over the target than you know.

As soon as Trump's speech ended, unmarked vans of riot police parked on the side streets that were blocked off by the White House. There was no where for the crowd to go except down Constitution Ave. towards the capitol.

The armed police with their weapons and riot shields immediately moved in on the crowds, blocking the side streets. The vans had Maryland plates, with white rectangles of tape covering the plate #s.

All this was happening near the BLM painted road, which was blocked off from Trump supporters so jogger faggots could dance around, give us the finger, and have an endless loop of "Fuck Donald Trump" playing full blast.

The entire thing was a setup. They planned this. It's why CNN was inside along with all the other photographers with the long lenses and tripods.

State sponsored terrorism against the truest of Patriots who showed up in DC because our POTUS told us to be there to protest the biggest crime in the history of planet earth. Covid + election steal were all part of the same crime against humanity.

The only one with balls to call the democrats commies.

I've yet to hear him say democrats are commies.

We already had Tiananmen Square, it was on 1/6/2021 where capitol “Police” shot and murdered an unarmed white woman for protesting. Or did you all forget?

This woman has bigger balls than the rest of the GOP. Metaphorically, not like Mike Obama balls.

good for her. please god protect this woman

How long before she is condemned by her own party for making such a "racist" comparison?

Thank you LORD Almighty for this woman!!!

Rigged elections would have looked great on that list.

So Biden can quote Mao but then they don't like being compared to China?

I bet you she is related to General Patton.

I just wish they would over reach and do something to provoke a response.

The Democrat party is a terrorist organization, there MTG fixed it for ya doll..

Fuck YES! Once the majority of republicans start calling the communism out for what it fucking is, that’s when the wave will crash.

nice thing is because of cell phones and live streaming (which I usually detest otherwise), a government wouldn't be able to get away with a Tiananmen today.

Also they've been getting away with quite a bit lately.

it deters them if they know they cant get away with it. that's why Hong Kong is goin strong and wasnt squashed in days.

they have to retrain a certain level or the world comes down on them. they know they're watched

By which you mean, the denial part of it? They could certainly do the thing itself. They've already executed one unarmed woman for being a dissident on video.

that's not a Tiananmen. multiply that action by approximately 1 mil in the span of one night.

Either way, I didn't realize it had to reach a specific threshold before it warranted whatever response would stop them from "getting away" with it. They're good as long as it doesn't break, say, 10k? As long as they keep it to mini-Tianenmens where they firebomb 1k here, drone strike 1k there, the government executions would be acceptable?

yeah, death by thousand mini stabbings so to speak. you have isolated instances spread out, it wont garner the attention, it wont look like a massacre, sure people will go "oh that's tragic" but it gets easily forgotten, and swept.

I'm still fuzzy on what entity has both the means and the motive to stop it. There's active death camps in China right now and the US won't do anything because it's a "cultural difference". Say they just start rounding up 20 million people in camps. The US are the ones doing it, China told them to do it, and UN has called to offer help, who exactly is going to stop them?

that "cultural difference " pissed me off, so fucking idiotic.

I suppose if anything, they have to be clever about it.

no more bullets, but how about a manufactured virus. seems less violent.

I guess cellphones/streams deter it, but wokeness have has washed away the criminality away from it in the first place.

pretty clever, or it's not, dems are just that fucking stupid in the pursuit of moral superiority.

They'd do it openly and it wouldn't matter.

well to quote ROTUS it's a cultural difference. dont geno-shame them bruh!

They are like a fucking morph of commie nazi fucks together. Plus ultra gay.