TheDonald
Communities Topics Log In Sign Up
Sign In
Hot
All Posts
Settings
Win uses cookies, which are essential for the site to function. We don't want your data, nor do we share it with anyone. I accept.
DEFAULT COMMUNITIES • All General AskWin Funny Technology Animals Sports Gaming DIY Health Positive Privacy
2813 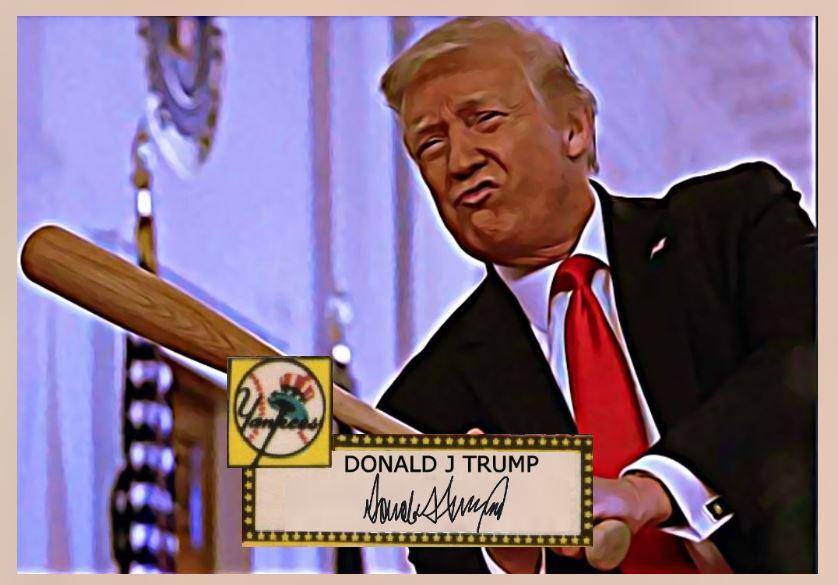 It's more about the girth!

TRUMP Baseball fans know how to Strike with Balls!

I guess I'm never eating another hotdog in public now...

You know that's a lie.

I'll eat it from the side from now on.

My man! Why else do anyone bring binocs to the park?

that's it, stuff all the weiner in the piehole, that's it..

Relax relax…….he’s from Queens. He would be a NY MET not a dirty yankee

Are the Yankees fans disliked because they are perceived lower class people? Or is it because they're more hoyty-toyty? I grew up on the other side of the country and know that's kinda how Dodgers-Angels fans think of each other.

I think it's just every other team's fans can agree on one thing. Fuck the Yankees.

Um nah i wouldnt say lower class people. To be fair that would portray us Mets fans as the hoyty toyty type I think lol. In my opinion on the average, not all……..but some yankee fans are entitled, arrogant, and just not knowledgeable. For example if you ask a some yankee fans “name all the players on Murderer’s Row” they look at you blank stare and dumbfounded and say “wait how many rings do the yankees have?” So that bullshit pisses me off bc THOSE yankee fans dont know shit about their team’s history. All they know is the yankees have a long resume and it’s trendy to be a fan of that rather than truly know about the franchise history. But you see my point here? Yankee fans are so entitled that even Donald Trump MUSSSTTTTTTT BEEEEE a yankee because he knew George Steinbrenner well. That doesnt mean a fuckin thing lol. Like my comment said “he’s from Queens, he would be a NY Met.” More logical based on where he’s from lol.

Thats my biggest gripe lol. It’s fuckin annoying lol. Other than that, just general dislike for my team’s rival in the name of good competition lol.

It's because they've bought more success than other teams.

I never even thought abt it being a "class" thing. All kinds of people here are fans, and there are Dodgers fans here too. Most people here support the Angels, I'd say, because it's a proximity thing. Dodgers fans have their own reasons. Same goes for hockey - with the Ducks and the Kings. We have been Angels fans for years because when the stadium opened, it's close by, and we went. Later I had kids, they loved baseball & it never occurred to them to support another team. They are still fans. In So Cal there are three MLB teams relatively close together. With the Angels, we'd stay after & wait for the players, get autographs & leave and be home in 20 minutes. If I had to drive to LA & back, it would be an hour at least, after you got out of the parking lot, both ways, and even at night, you never know what the traffic will be like driving into/out of LA. And San Diego takes twice as long. People in San Diego support the Padres generally tho. My relative, a big former Angel fan, moved to Nor Cal, now they are Oakland fans. Same w/ my neighbor who moved to R.I., and now she's a Red Sox fan. JMHO, as I said tho.

I said that because we do have affluent dodger fans. But it seems the majority of their fans are lower income people and cholos. From the LA metro areas. Now the Angels for example have a more upper class white suburban fan base.

Did Trump ever do one of those first pitch things?

Don't know, but he did throw a football into the future.

He was a super fit looking guy when younger. Hard to imagine since how he looks more has been cemented in my mind.

Yeah, I always picture what he looks like now.

Here's one - looks like a minor league team back in 2004, but he played baseball in school and ... look at it and see for yourself. https://www.youtube.com/watch?v=645cNMYN2mU

He gave it some zip and looked good doing it.

He really did. I watched it a couple of times because I couldn't see or believe where it went. Kind of a weird wind up, but it wasn't side arm at least. Whatever he did, (sorry, I don't need to explain it to you, but I was impressed) -- he had no warm up, it was a strike -- right to the catcher, and very fast.

Our Vice could take that with absolutely no problem!

Trump should beat the swamp creatures with a baseball bat.

I need this card NOW!

Third Base Coach: Do Not Come!

This is like one tenth of the actual size. Why are you posting anatomically incorrect representations OP?

What do guys want?

A clean woman that didn't sleep around in her youth.

Supporting a woke league that wants you to submit or die while they kneel like cucks?

The Trump banners is about the only thing good at a MLB game these days.