TheDonald
Communities Topics Log In Sign Up
Sign In
Hot
All Posts
Settings
Win uses cookies, which are essential for the site to function. We don't want your data, nor do we share it with anyone. I accept.
DEFAULT COMMUNITIES • All General AskWin Funny Technology Animals Sports Gaming DIY Health Positive Privacy
3074 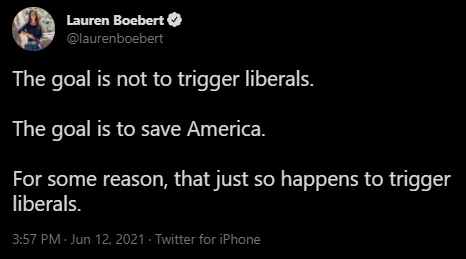 meanwhile you have white leftist women getting abortions to "trigger conservatives". Lol.

That's sad on so many fucking levels.

True women are a dying breed amongst the younger generation. Those of us left hopefully can raise strong ones up for the next generation.

if you can turn your daughters against the evil tidal wave of personal destruction that society has encouraged for women, you are a more dedicated man than most.

i hope her father, hopefully your husband is still in the picture. fathers have a big impact on childrens lives that the left has dismissed as unimportant. Statistics show that children with both parents in their lives have less of a chance to grow up to be degenerates.

I’m 24 and I don’t have kiddos yet, haha. But I’m hoping when I do have lil pedes that I can shield them from all this stuff

One less problem in the future.

Women have been cancelled by the left.

feminists not only hate men, but also women.

Liberals are what we're being saved from.

Move to Saudi Arabia if western liberal values bother you so much or you could also try Venezuela you commie faggot.

He's referring to the second type of liberal. Americans rarely use the first definition.

Classical liberals loved this country. Wrong in all ways about the relationship between the government and its citizens but still patriots. LEFTIST (Idiot who votes Democrat) hate this country and should be expelled. There are all kinds of countries in this world that agree with their views. Commies can go to Venezuela, China or even Cuba. Black supremacists to South Africa, Oppressed people (other than native U.S. tribes) can return to their historical homelands, Radical Muslims to Palestine (or choice), etc.Maybe they will accept you under refugee status. Your choice. We are the United States of America a Constitutional Republic. We do not hold you hostage and will fight you to the the last citizen to keep our country.

I believe in your first statement you're referring to liberals/progressives from decades ago (before they became authoritarian commies who hate free speech), not classical liberals. Classical liberals want a limited government because to them, government should exist only to protect the rights of the individual.

Classical liberals are essentially libertarians. Classical liberalism is truly liberal in the sense that it values individual liberty. Many of our country's founding principles like inalienable rights originate with early liberal thinkers like Locke and Milton.

However, at some point, big government progressives in America started calling themselves "liberals" until it eventually got a bad connotation. Then they started calling themselves progressives again, but by that point, they had shifted so much further left, thanks in no small part to demoralization and the spread of New Left (cultural Marxist) ideology.

agreed. ALL MARXIST ALL THE TIME your 2021 Democratic Marxist party

Agreed.Unfortunately the "liberals" were lost when the Dems threw Sen Lieberman out and went full progressive woke left.

Fuck that. Get both.

Triggering libtards is just an added benefit of saving America.

Also an indication that you are on the right track.

Oh, MY goal is to trigger them. Routinely. Why? Cuz fuck 'em.

Having your cake and eating it too. (Mmm... Tastes like Freedom...)

But sometimes it is just plain fun. Let's call it a win/win.

What an incredible woman!

Fortunately the liberals will be left in the dust. Not a problem. For justice for our future children these treasonous elites need to be dealt with extreme prejudice so they don't band together and do this to us all again.

While that statement is true….

They desperately want an America where they can sleep til noon, go out and play a Trumpet or make finger paintings on the corner of 10th Street, wrap up around 2pm, go smoke meth all night, and make the same money as a career professional.

America was built on western liberal values, it’s sad that Lauren is too low on intelligence to accept facts and insists on trying to rewrite history. I’ve always found that’s it’s easier to just call communists by their actual name rather than engage in mental gymnastics and pretend that they are liberals. Next she will be trying to say that only white people can be racist...

Why do dumbasses keep calling communists and leftists "liberals."

The dumbasses are wrong but Liberalism is a stepping stone to communism and the current form of Liberalism is NeoLiberalism which is basically globalism.

Because the left owns that word, like it or not, and despite its origins.

because liberalism refers not to personal liberty, but to large government. you're thinking of libertarianism.

Because they are. Liberalism is what leads to socialism and Communism.

I don’t like “triggering” anyone. I feel bad for idiot leftists. (That’s not to say I respect them).