TheDonald
Communities Topics Log In Sign Up
Sign In
Hot
All Posts
Settings
Win uses cookies, which are essential for the site to function. We don't want your data, nor do we share it with anyone. I accept.
DEFAULT COMMUNITIES • All General AskWin Funny Technology Animals Sports Gaming DIY Health Positive Privacy
3404 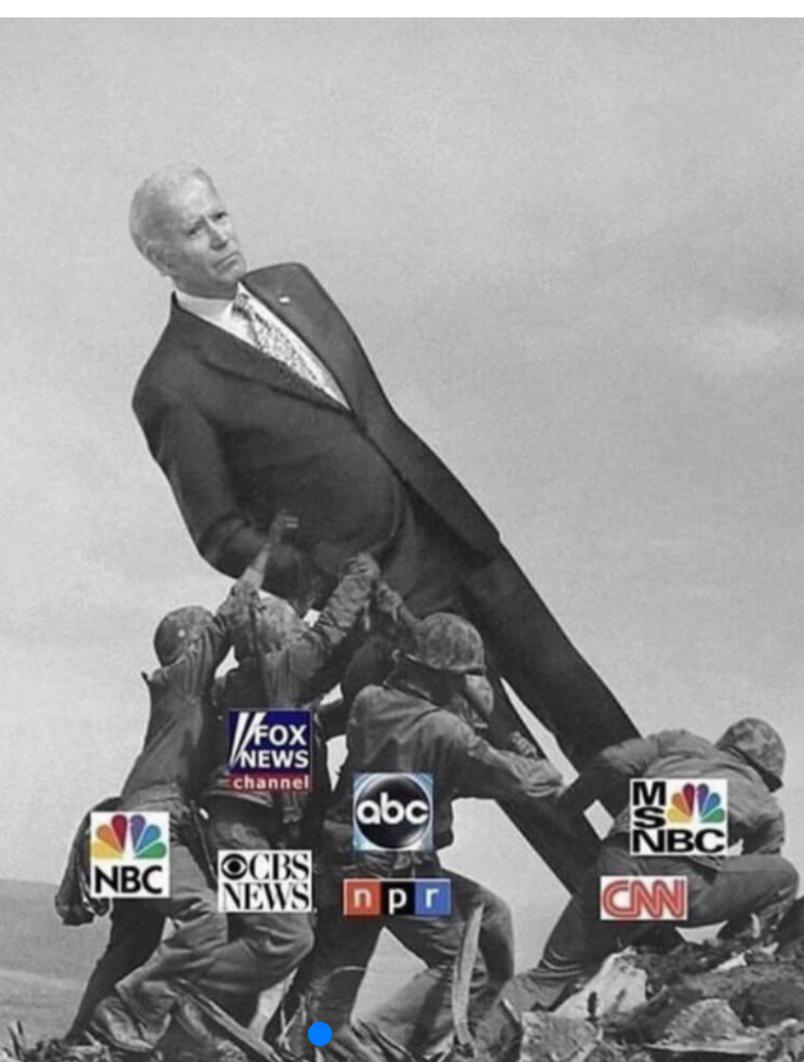 How can you not? He has never been likable. The "Lunch Bucket Joe" bullshit is so contrived. That's what you would say about the guy who worked construction and then decided to go into politics when they were middle-aged or retired. Joe Biden has been an attorney and politician his entire life. He has never "worked." The most relatable job he has ever had was when he was a lifeguard, long considered a primo summer job for college students. Even then he was yelling at black kids and getting into turf wars with Corn Pop.

It's ALL optics with the left. Doesn't matter what they do so long as it looks OK.

The real Joe is the one caught on camera laughing about what he did in the Ukraine - a corrupt, ethically and morally bankrupt arrogant piece of shit.

And that's before we knew who Hunter was and how far he surpassed his corrupt shitbag father.

Or the kid touching.

Hey, man, Soros raised a dirtbag so why can't Joe Biden do the same???

I don’t think he ever made a nickel as an attorney.

Standard for politicians. Look at Hillary, with her fake job at the Rose law firm. Or Bill's law license, that he never used.

He used it to argue the definition of the word "is."

Even worse. He was grooming those kids encouraging them to rub his hairy legs.

I don't hate the man but I hate the things he's done and the allegiances he's made.

Someone I know theorizes that a person commits the unforgiveable sin of mocking the Holy Spirit when they have ignored their conscience so much that they never hear from it again, and their moral compass is forever lost. In that state, they will never repent and turn from their own ways to serve God no matter how much anyone tries to persuade them.

As much as I hate what the wicked have done, and as heated as some of my other posts get, I never hope for someone to cross that line.

Honest question - how can you hate what a man does, but not the man? Did Joe do all the shitty things he's done all of his life, because of outside forces? He bears no responsibilities for choosing the wrong thing, every time?

At what point do you hold someone personally responsible? I hate Joe Biden, precisely because of everything he's done. Why is that a line in the sand for you?

I'm not atheist and I'm not religious, in between. I truly believe he has done some sick sick shit judging by everything I've seen and know about him now. I hope he rots in hell if there is one.

You should start hating him

Biggest conspiracy of our lifetime, Media is complicit and traitors to this country.

If the “media” falls it all falls… FAKE NEWS!!!

Or swinging from the gallows pole.

Hangman... Hangman... hold it a little while... I think I see Toobin comin’, swinging from the gallows pole

He got off easy, if you ask me.

Its sad these fucktards don’t consider themselves propaganda because in their twisted minds they are the right ones so its okay to lie, cheat and steal as long as their globalist agenda wins. I wish we fought as hard.

Big Tech needs to be added

Sorry but I think this might be meme of the week!

absolutely disgusting, that funding needs to stop now or turn the youtube comments on you leftist bitches!

You can go to CNN to be lied to or go to MSNBC for conspiracy theories. MSNBC has just turned into the Trump tabloid channel.

The Marine on the far right with CNN on his backside, wasn't able to be identified from the photo for several years. When this picture circulated around the nation, his mother immediately said that that was her son in the picture. Nobody believed her though because she couldn't see his face.

Well, she insisted that just from having changed his diapers for so many years and becoming very familiar with his butt, as all mothers are of their children's bodies, that she knew it was her son.

Turns out, she was right.

Also, the photographer who took the photo, the picture before and after this one in his reel of film were exposed to sunlight and weren't able to be processed.

Why did Trump never label them as propaganda? Fake news is OK but government controlled brings home the message.

This. "Fake News" is way to cutesy for the SRM (state run media).

Trump couldn't call it "State Run Media" while he was president cuz it would imply to the clueless normies that he controlled it.

"Deep State Media" would be a more apt descriptor. Fake News is more catchy for the general public.

I agree, but he had to dumb it down for the normies. Normies don’t know what propaganda is, let alone define it.

88% agree, people should remain 6ft apart. 82% agree 10 or more people in a group should Not be Allowed. 80% agree to stay at home orders and closure of non essential business.

I'm not making this shit up!!! This is our Fucking Government!

cdc.gov, go have a look.

Thank you for including Fox.

Rupert's family is a bunch of traitorous liberal assholes. Australia - why?

I would be a shame if some accidental fires and what not were to happen.

NPR is the worst, as somebody that supported this institution long ago, I'm utterly disgusted by what they've become. Absolutely zero balance journalism and comments never left open on YouTube (Public broadcasting without the Public Input).

All programming content is tainted in a left utopia.

Thanks. Just shared on old man email chain. I do a meme of the week with the based normies👍🇺🇸

Someone needs to start printing copies of these and posting them on street corners, telephone poles, near or at bus stops and so on.

Thank you for volunteering! We need more Patriots like you.

I think we ALL need to do it to be honest.

Why isn’t there a concerted effort to attack mainstream media every legal way possible?

Look no further than the absence of reporting on Hunter. Normally, one of the scandals he's been involved with would end a political career. Think if Don Jr or Eric did half of any of the shit Hunter has done.

Could have put Twitter, Facebook, Tik Tok, and all the big Tech morons up there too. They are propping up that clown.

...and Neil Kinnock and RFK.

Comparing these fake news agencies to soldiers and marines in this manner is a disservice to this memorial and actual heroes at Iwo Jima. I get what they’re trying to represent with this meme, but it doesn’t fit well with the meaning behind the memorial.

Appreciate the sentiment, but please don't associate those patriots with that scumbag of a president*

I sure wish this wasnt so true.

This is is spot on.

Technically it's actually the military supporting him now. They have an oath to protect the constitution and each and every single one of them spits on it every single day.

Wipe their asses with it. Every. Fucking. Day.

Every day this goes on. "Oh well what am I supposed to do?"

Why hasn't anyone asked him about the congressional page scandle several years back. He was a senator and the 'pages' were high school kids

NPR. Fucking joke. I work my ass off for the government to siphon dollars out of my check to pay for that propaganda bullshit.

I'm not sure who I dislike more, that commie Obama or this child groping Wall St prostitute

Easy on the antisemitism bub. Israel is our greatest ally.

Those 3 letter nitwits are not comparable to those brave men.