TheDonald
Communities Topics Log In Sign Up
Sign In
Hot
All Posts
Settings
Win uses cookies, which are essential for the site to function. We don't want your data, nor do we share it with anyone. I accept.
DEFAULT COMMUNITIES • All General AskWin Funny Technology Animals Sports Gaming DIY Health Positive Privacy
2153 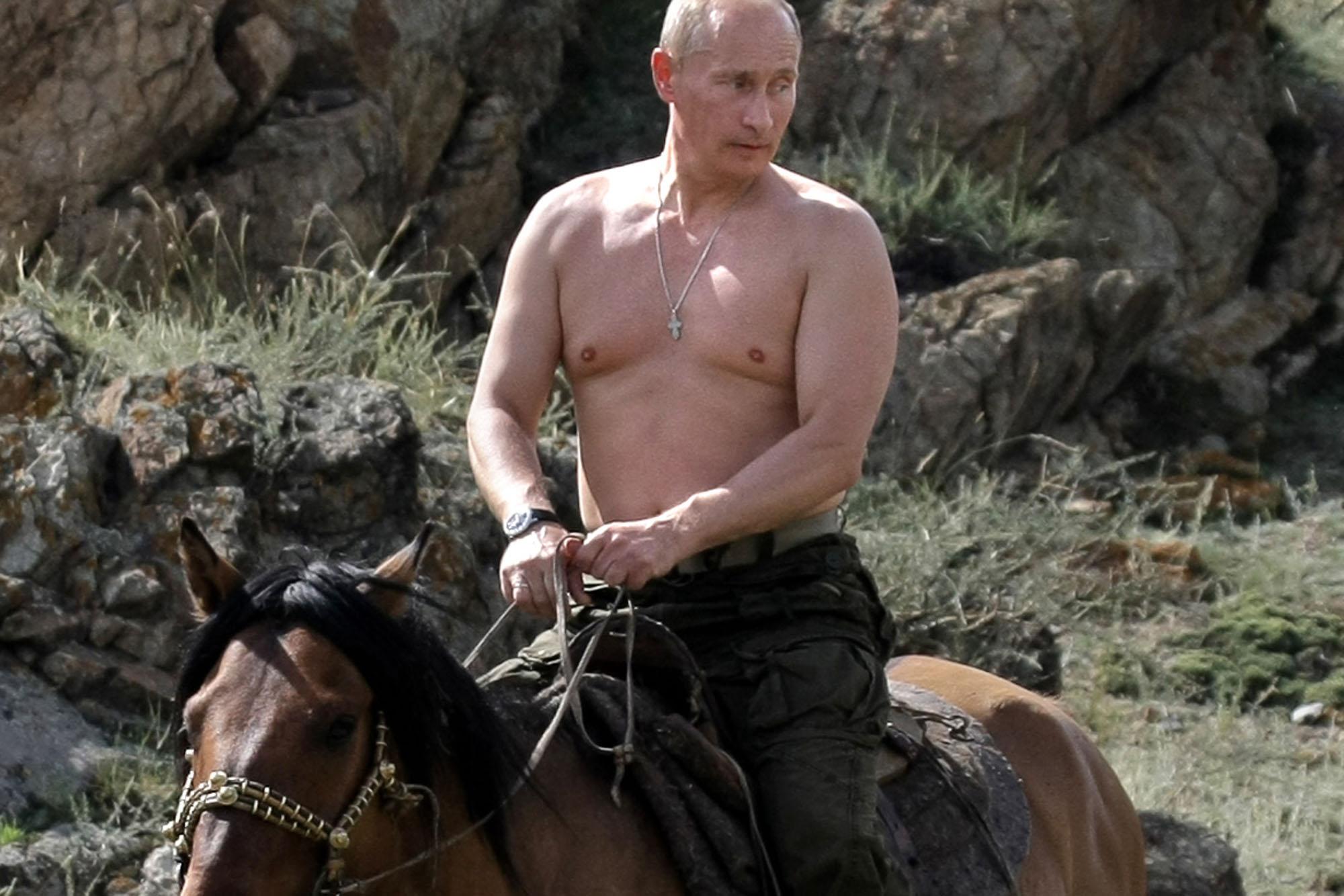 Good. Maybe Trump will speak up for the Jan 6 political prisoners soon.

He would if they were Jewish. Maybe they can read the Talmud and convert?

If they were Jews locked up in there, the election would be overturned yesterday.

Patriots.Win has been too gaslighted through years of growing up on Jewlywood movies which mock & shame America, John Wayne, westerns, Andy Griffith show and promote anti white hatred.

It’s amazing to me, that we teach CRT. Yet if you say 2% of our population (Jews) does 80% of the communism here in america, pedes will fight & seethe & attack you automatically. Fucking automatically with tons of presuppositions.

Yet if you say 6% does 50% of the homicides (meaning black men), pedes overwhelmingly agree.

You see the double standard?

Pedes are based. But we’re still brainwashed to some extent overall.

People need to realize you can point out group trends & hypocrisies while still maintaining a consistent belief in individual liberty.

But once you can’t point out group trends in general that attack those values? You’re shooting yourself in the cock.

Here’s an exercise for you pedes with the urge to call me a storm cuck.

Nobody is oppressing them. Hell I’ve seen rabbis spray paint nazi logos on synagogues & then a week later a “hate crime” hits the news from likely a white supremacist. Lol

The worst part is, not only does this shit & more happen, but when you merely speak of these things, your own American brethren are so spellbound they attack you before even attempting to understand most of the time.

Mind control is real. It’s a dirty word that sounds like a “conspiracy.” But it’s true that you can influence people to a great degree. This is literally the purpose of marketing products like Xbox’s yet we’re too retarded to realize were being marketed/conditioned to defend left wing Jews more than the US Constitution.

And how do you DO communism exactly?

Do you have an actual source for your 2/80 argument or is this another made up bullshit statistic? Asking for a friend.

That is some evil stuff

You’re right, he said to come from all over the country to watch him say “hey the election was stolen but we will do nothing about it, go home folks!”

People seem to forget the huge build up to that event, especially because this site wiped a lot of posts prior to the 6th that talked about showing up. “Be there, will be wild” was what we were all saying.

This is why you can’t trust anyone or rely on anyone to come save you. Majority of the people here will talk a big game. Some of us are actively doing shit but most of us are waiting to join those few once a victory is achieved, and if it’s not, they’ll go into hiding or pretend they weren’t part of anything.

Even Trump refuses to stand with the Americans that came to see his speech and went to the capital. He refuses to acknowledge even the feeble old people who could never possibly overpower capital police, or acknowledge that we didn’t bring weapons even though we all pretended we would on here. He doesn’t even stand up to them on it after fully knowing they staged it and stole the election. We needed a leader that could rally Americans loyal to the constitution and fight off communism because the bloodshed from that would be far less then it will be now that they have taken over.

Spot on. Don’t forget how when one of ours fell, the Qtards called Babbit a false flag.

Chimp out.. You're right. Strong words should suffice. When they go low we.. upvote memes.

He ain’t no pussy. Now republicans...??? Yes they are pussies

Putin is literally grifting and you sing his praises? I do welcome the chaos Putin is throwing in. Much in the same way I welcome Stalin's chaos in WW2.

At least he mentions it.

More Russians died in WW2 than Jews in the Holocaust. Will you praise Stalin's bravery? Or recognize that he was pursing his own self-interest which just happened to help our side? That he would be our enemy as soon as he achieves his objective?

What say you? Was Stalin a good guy?

Who the fuck is talking about Stalin?

Putin is making an issue of it.

The gop and even Trump are not.

Putin helped Americans by offering words for the 1/6 protestors.

Ha, Putin is black belt in judo and plays hockey so you know his cardio is decent, Biden can't even take on stairs.

He is the 'world's most interesting man'.

In world leaders, for sure.

If I were Biden I’d be a chicken shit around him as well. I miss Trump!

I'd say it's a good thing. Maybe people can finally wake up and realize Russia aren't the bad guys.

The enemy of our enemy is not our friend.

What makes Russia our enemy, exactly?

Russia is neither the enemy nor a friend.

That's not what that phrase says. The enemy is the globalists, the nwo, the progressive left,the uniparty, the cabal in control of the majority of the us government, the communists, the great reset, all of these are names for the same people.

Putin is not in favor of giving up control of his country to these people, but that doesn't make him an ally to us. He is a lesser threat than what we are up against. We can use his comments in our favor but he's not a friend.

But they are certainly useful against our enemy.

It’s sad. He is just trolling.

I actually think he wants to build the narrative with things like this so people wake up and then bring it up. Probably Putin giving him a political favor.

The "supporters" who ignored Trump's call for peaceful and patriotic protest disappoint me. The ones who try to blame Trump for their own actions infuriate me.

You still don't get it, do you?

Globalists have NO rules! We can't beat them by following laws that THEY made!

So why are you complaining? They are treating us the same way you want to treat them. If you want unethical lawlessness, you should be cheering on what the corrupt DOJ is doing to the 1/6 protestors.

Because we are just, dammit. They are subhuman degenerates that deserve to be taken out back and shot.

“The election was stolen” “But don’t do anything irrational!”

It's like having to tell a child that professional wrestling is fake. Or that no one can eat a large animal twice their body size even if they are extremely hungry.

The ONLY reason I didn't make the 8-hour drive was that my brother bailed on me at the last minute with a health problem. I was packed and ready to go, but wasn't going up there alone.

Trump never said to chimp out like antifa. Fuck the 3%er LARPing faggots who punched cops and stole and destroyed all those AP and CNN cameras.

Look at the Buffalo hat faggot now giving the defense all these 3%ers and Q-tards will use with the narrative of "we have aspergers and Trump secretly told us through subliminal messages to chimp out like BLM on 1/6."

Russia is more based than America right now & more feared by the establishment when you realize -—- Bolsheviks dominate our establishment of both parties & the central banking system.

The same -—- Bolsheviks that established the USSR, seized power, slaughtered dissenters by the millions, jailed patriots in a 6’x6’ cell with 5 other men for the crime of desiring self determination, has made Russia extremely based once they slowly began to wrestling their way out of the socialist tyranny.

Our ——- Bolshevik communists hate Russia, because USSR type socialism (or possibly more accurately CCP type communism) is the model for their vision of America & therefore the world. If America falls, freedom worldwide is severely FUCKED.

Sure, you have Poland who’s based af. But they do not have the economic, political, numerical might to wage an effective campaign to spread/protect freedom & national sovereignty worldwide. The UN, like a swarm of piranhas, would devour them through tariffs & boycotts & trade wars until Poland capitulated. If they continued to resist then they’d do some other gulf of Tonkin type shit and fabricate a story that Poland attack Israel or something. Then we all know how the rest of the story goes with fake news & fake excuses for war

Oh, we all know its just a political move, but I still can't help but be amused by it.

Its like an opposing player completing dunking on you but you acknowledge the mad skills.

I think it's important that we use this opportunity to humiliate the gop, but don't get confused in thinking that Putin is somehow an ally. It seems he is likewise against the NWO/Great Reset, but having the same enemy does not in fact make a long lasting friendship. It can make for a beneficial temporary arrangement.

Sure, but Putin can still go fuck himself.

It benefits him. He definitely doesnt really care.

Russia already had their economic collapse. They live in the real world now, while the USA lives in the printed up money and eternal government financing fantasy world.

Because if anyone knows how to treat political prisoners/enemies humanely, it's Putin.

It must be sad but I so hoped for Putin to come to America and be our president and throw Barack Obama under the bus where he belongs.

If this pic inverted or is he left-handed?