TheDonald
Communities Topics Log In Sign Up
Sign In
Hot
All Posts
Settings
Win uses cookies, which are essential for the site to function. We don't want your data, nor do we share it with anyone. I accept.
DEFAULT COMMUNITIES • All General AskWin Funny Technology Animals Sports Gaming DIY Health Positive Privacy
1567 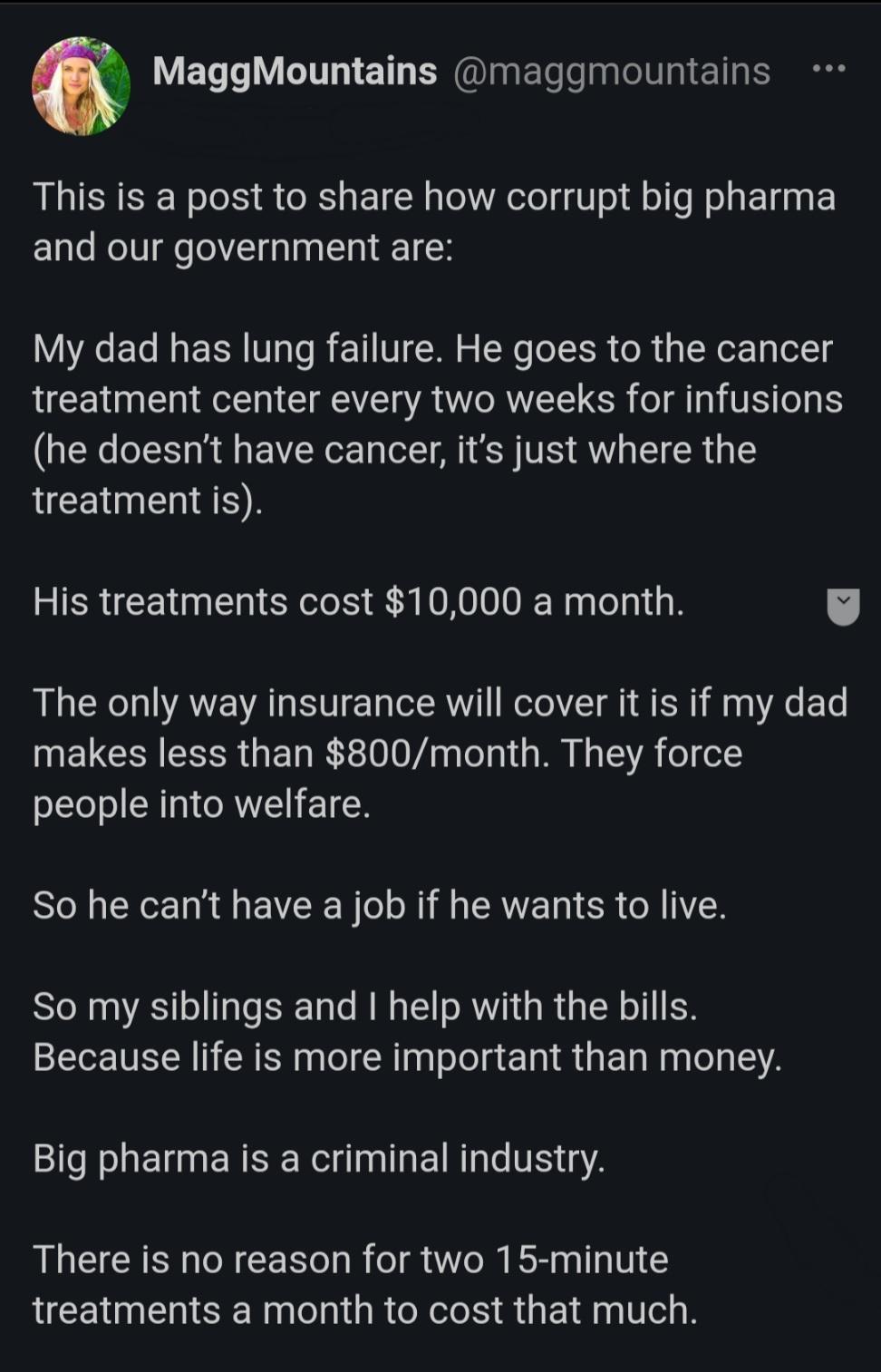 This probably won't be popular, but there are some things that just are crazy expensive. My wife is a physician, and I remember her telling me about what was necessary for one specific test that they do. I don't remember what one, but it required an isotope to be spun up in a special centrifuge that had a half life of like 6 hours, so it had to flown in special from the centrifuge sight each time the test was performed. That would obviously create some staggering costs. Sometimes there are some crazy things going on in medicine that most people have no idea about. Not saying it is the case here, but just because it is expensive, doesn't mean that people are getting screwed over.

I figured some things are legitimately expensive, but these insurance and other medical companies have to be fudging a lot. An itemized bill from an emergency visit I had couple of years ago listed saline injections around $750 per unit. Unbelievable.

i think i read they charge you per glove that they use as well, like $40 each individual glove. Theres a bunch of things they charge for and the insurance companies just pay it. The entire medical industry would collapse if it wasnt for insurance and government subsidies.

Mostly not true anymore. Certain procedures may charge for the equipment that was used but things like gloves are rolled into the cost of operating the facility.