TheDonald
Communities Topics Log In Sign Up
Sign In
Hot
All Posts
Settings
Win uses cookies, which are essential for the site to function. We don't want your data, nor do we share it with anyone. I accept.
DEFAULT COMMUNITIES • All General AskWin Funny Technology Animals Sports Gaming DIY Health Positive Privacy
3303 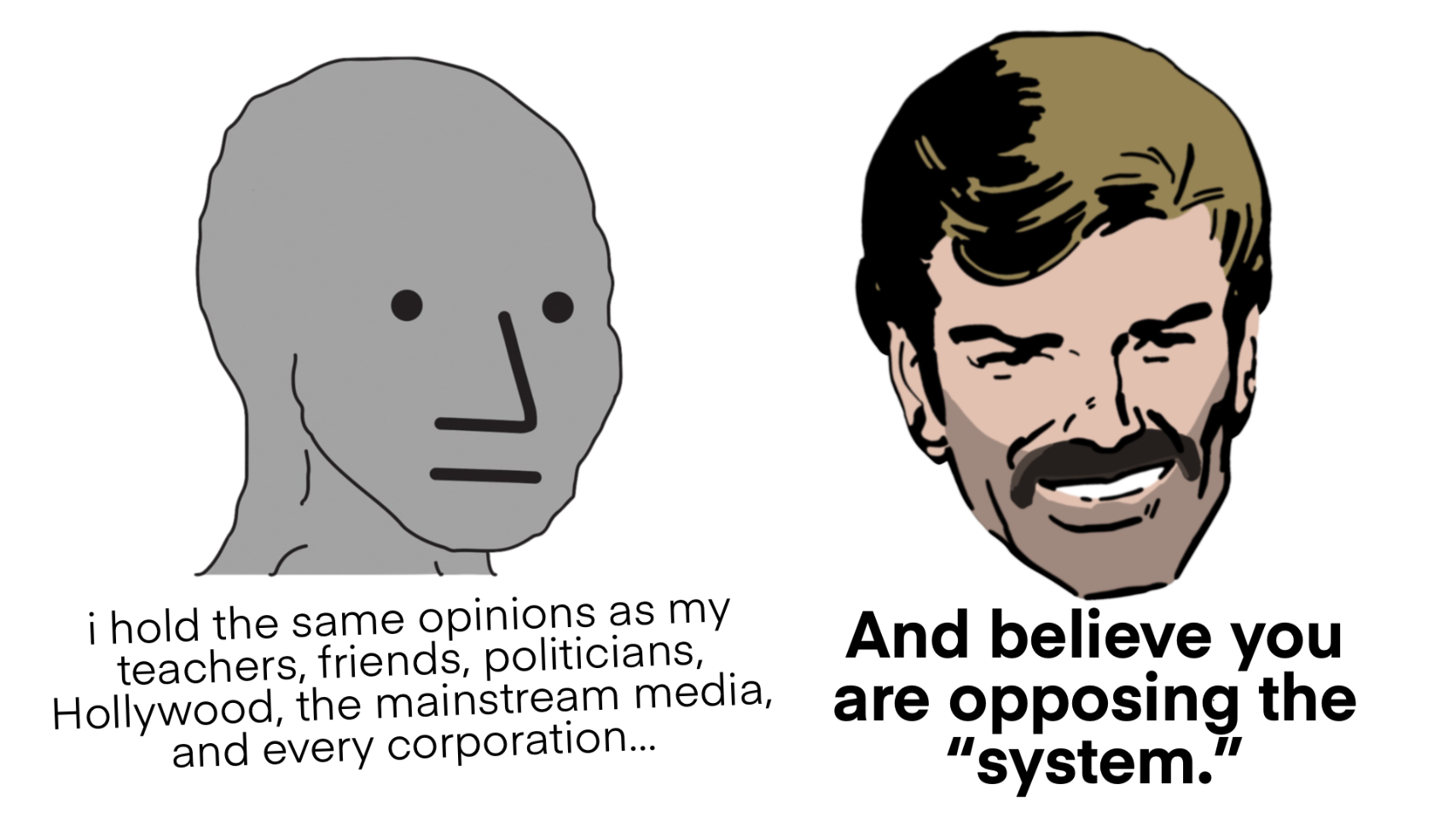 They really love groupthink. It’s comforting to know someone has your back on an emotional and intellectual level. It’s easier to join the herd than forge your own intellectual path. Not saying all conservatives are independent thinkers but the numbers are much higher on our side.

Laziness and cowardice are the reasons why such a large proportion of men, even when nature has long emancipated them from alien guidance (naturaliter maiorennes), nevertheless gladly remain immature for life. For the same reasons, it is all too easy for others to set themselves up as their guardians. It is so convenient to be immature! If I have a book to have understanding in place of me, a spiritual adviser to have a conscience for me, a doctor to judge my diet for me, and so on, I need not make any efforts at all. I need not think, so long as I can pay; others will soon enough take the tiresome job over for me. The guardians who have kindly taken upon themselves the work of supervision will soon see to it that by far the largest part of mankind (including the entire fair sex) should consider the step forward to maturity not only as difficult but also as highly dangerous. Having first infatuated their domesticated animals, and carefully prevented the docile creatures from daring to take a single step without the leading-strings to which they are tied, they next show them the danger which threatens them if they try to walk unaided. Now this danger is not in fact so very great, for they would certainly learn to walk eventually after a few falls. But an example of this kind is intimidating, and usually frightens them off from further attempts.

Thus it is difficult for each separate individual to work his way out of the immaturity which has become almost second nature to him. He has even grown fond of it and is really incapable for the time being of using his own understanding, because he was never allowed to make the attempt. Dogmas and formulas, those mechanical instruments for rational use (or rather misuse) of his natural endowments, are the ball and chain of his permanent immaturity. And if anyone did throw them off, he would still be uncertain about jumping over even the narrowest of trenches, for he would be unaccustomed to free movement of this kind. Thus only a few, by cultivating their own minds, have succeeded in freeing themselves from immaturity and in continuing boldly on their way."