TheDonald
Communities Topics Log In Sign Up
Sign In
Hot
All Posts
Settings
Win uses cookies, which are essential for the site to function. We don't want your data, nor do we share it with anyone. I accept.
DEFAULT COMMUNITIES • All General AskWin Funny Technology Animals Sports Gaming DIY Health Positive Privacy
2403 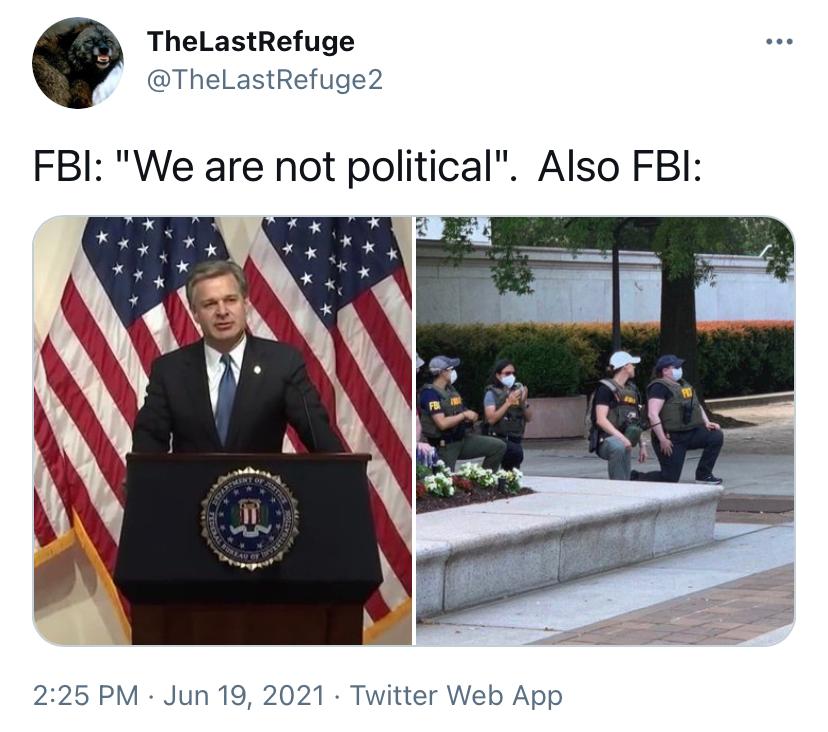 "A corrupt praetorian guard for the political class".

ever since it was created with j. edgar hoover as director for 48 fucking years

he was the hatchet man for republicans and democrats

Truman tried to disband the cia and failed miserably

Same exact shit that happened to Rome. Cultural Marxism made it even easier. The dynasties behind the NWO Cabal are likely the same, as well.

Too much lawyer ball back then too. Endless rules, regulations and bureaucracy.

so are all those officers 'woke' or just plain spineless sheeple who cave to peer pressure?

Is there really a difference between being woke and being a sheep fagot?

Yeah... pretty sure the "woke" people are the sheep who cave to peer pressure.

Fat Karen called from the FBI. She wanted to know where all the black men at.

The black men are saying they don't want Fat Karen, but suggest she tries the Mexicans instead.

A veritable chorus line of corruption and incompetence.

The fbi is a terrorist organization

Trump should have fired that pos.

Trump's greatest failure was not draining the swamp.

I would've traded any of his other promises for that one to be fulfilled.

They hamstrung him from day 1. "Under investigation" for 4 years gave him little leeway to fire these fuckers. Wray was a bad recommendation from fat fuck Christie

yep my thoughts too. i think in the end Trump came across as being 'savage' but in reality he is/was a genuinely kind person who tried to see the good in everyone. but in doing so he got soft when it came to going scorched earth. i still love Trump- wish he was my grandpa (not just for obvious reasons)...but I'm keeping my eye on DeSantis. I don;t think he has the same tendencies....might be the navy seal in him

Trump deserves huge credit for waking up the nation and starting this movement. That being said, I'm starting to think DeSantis might be more effective. He's getting more done than anyone else in the Republican Party and it's not even close. He doesn't have Trump's charisma (nobody else in the world does either) but he's better at dismissing the press.

Trump was the Herald, DeSantis will be our Champion.

Idea: treat the FBI as you would any random group of mentally ill people trying to put you in prison over nothing. Treat them exactly the same. Including calling the police to help you out.

Thoughts? We could delegitimize them ourselves if it works well

The fat feeb virtue signaling-hoping to get laid and maybe a ring on that finger and babies...fucking losers

You can literally see the swamp slime dripping off of Wray in every pic. Fuckin dirtbag

That's what billions of CHI-COM bux tends to do.

What in the actual fuck does Christopher Wray do on a daily basis. He goes into these quarterly oversight hearings with absolute nothing to report. I can only believe that this man is controlled opposition.

so they're obese and political

That's the part that shocked me. That chick to the farthest right might not be kneeling for BLM. She might be begging for another cheeseburger.

Wray looks like an 80's teen movie villain. He looks like he's asking for a kick in the crotch and load of manure dumped over him

Rumor has it the agent on the right is still stuck in the kneeling position.

The FBI really cannot continue to exist as it is. They are highly partisan and both the left and the right know it. How about arresting Hunter Biden for raping his underage niece? We all know the evidence. How about Biden's dealings with China? The list can go on.

Meanwhile they send a full on invasion force to Roger Stone's house with CNN in tote to film it all as a political stunt for a man who did nothing wrong. Or the persecution of Flynn who they setup for political reasons.

It USED to be the FBI was more or less as viewed as impartial and in many cases the "good" guys. But now they are more akin to the old KGB or FSB. They have no problem prosecuting or inventing crimes to go after the political opponents of the Right but ignore obvious crimes and cover up Democrat atrocities.

This will end them sooner or later. I don't care what they say. They are an organization in desperate need of reform and limitations on their power but yet cannot be reformed. The only other answer is to abolish them.

The Stasi is not political.

Please inform on your neighbors.

The workaround they're using with the military is to say that Black Lives Matter is not a political movement. Pissing on your leg while telling you it's raining.

I still do not think those were FBI agents

Disband and crank up the firing squads

The FBI has been political since they cracked down on the America First movement of the 1930s -- when 90% of American's opposed entry into WWII.

Just by looking at their postures, you can tell they're a bunch of limp-wristed commie bitches.

What a sad group.