TheDonald
Communities Topics Log In Sign Up
Sign In
Hot
All Posts
Settings
Win uses cookies, which are essential for the site to function. We don't want your data, nor do we share it with anyone. I accept.
DEFAULT COMMUNITIES • All General AskWin Funny Technology Animals Sports Gaming DIY Health Positive Privacy
527 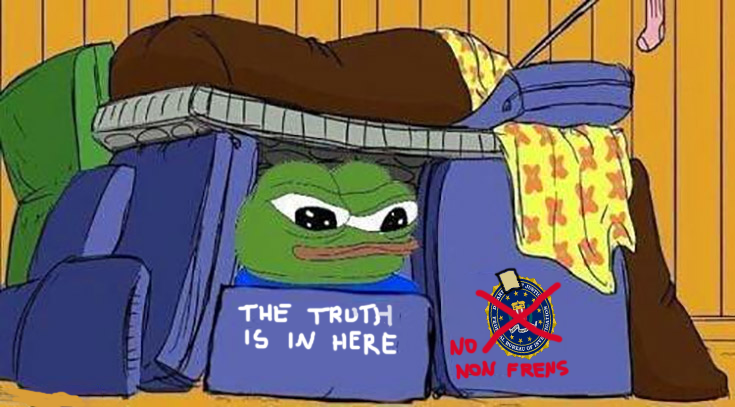 Yes, but because of cool guys like Mulder, even I wanted to join the FBI. That was the point.

that is your and other people's interpretations. it was very anti-authorative against the FBI and the government. mulder was the only one fighting against the goliath known as the sneaky FBI. scully only believed him because she had a crush on him and was willing to fake believe it until she saw the truth with her own eyes.

Yea it even went far enough to bring up the idea of UFOs as one giant distraction from the fact the deep state was up to major bullshit.

In fact Mulder constantly mentions the deep state being behind everything

The series really pushed the idea that the deep state really ran things and rogues like Mulder and Scully were the real good guys in a fight against a subversive bureaucratic behemoth.

Create trust? The X-Files got me into looking up conspiracies \ alternate theories. & X Files makes the gov look corrupt as fuck.

They were then too! Ever since it was formed it has been a corrupt entity!

That's why so many series to make pretend they are the good guys.

That's crazy, I was going to make an X-Files post today! I disagree about it "creating trust" though. Mulder was literally an FBI outcast that was ostracized BY the FBI. X-Files sparked MANY people's interest in "conspiracy theories" and I personally love the show. It was actually pretty funny, I was watching it with my girlfriend and they were making the political point that "Police never respond to black neighborhoods proving there's a systemic race problem". Funny how it didn't take very long until the exact opposite was evidence of "systemic racism".

Did you watch x-files? The whole show was about the fbi and covering up things. Not letting mulder find the truth. Writing reports that weren’t always true and Scully trying to get mulder to be a “real FED” and stop searching for the truth.

No, the over-arching premise was that the FBI were corrupt and hide the truth from America while Mulder and Scully were the rogue agents fighting against the deep state.

Continuously collecting and enforcing, like any respectable syndicate of The Mafia.

This is the problem with urbanization. City mentality is totalitarian control.

I think Bones did a better job but thats all gone now.