TheDonald
Communities Topics Log In Sign Up
Sign In
Hot
All Posts
Settings
Win uses cookies, which are essential for the site to function. We don't want your data, nor do we share it with anyone. I accept.
DEFAULT COMMUNITIES • All General AskWin Funny Technology Animals Sports Gaming DIY Health Positive Privacy
1954 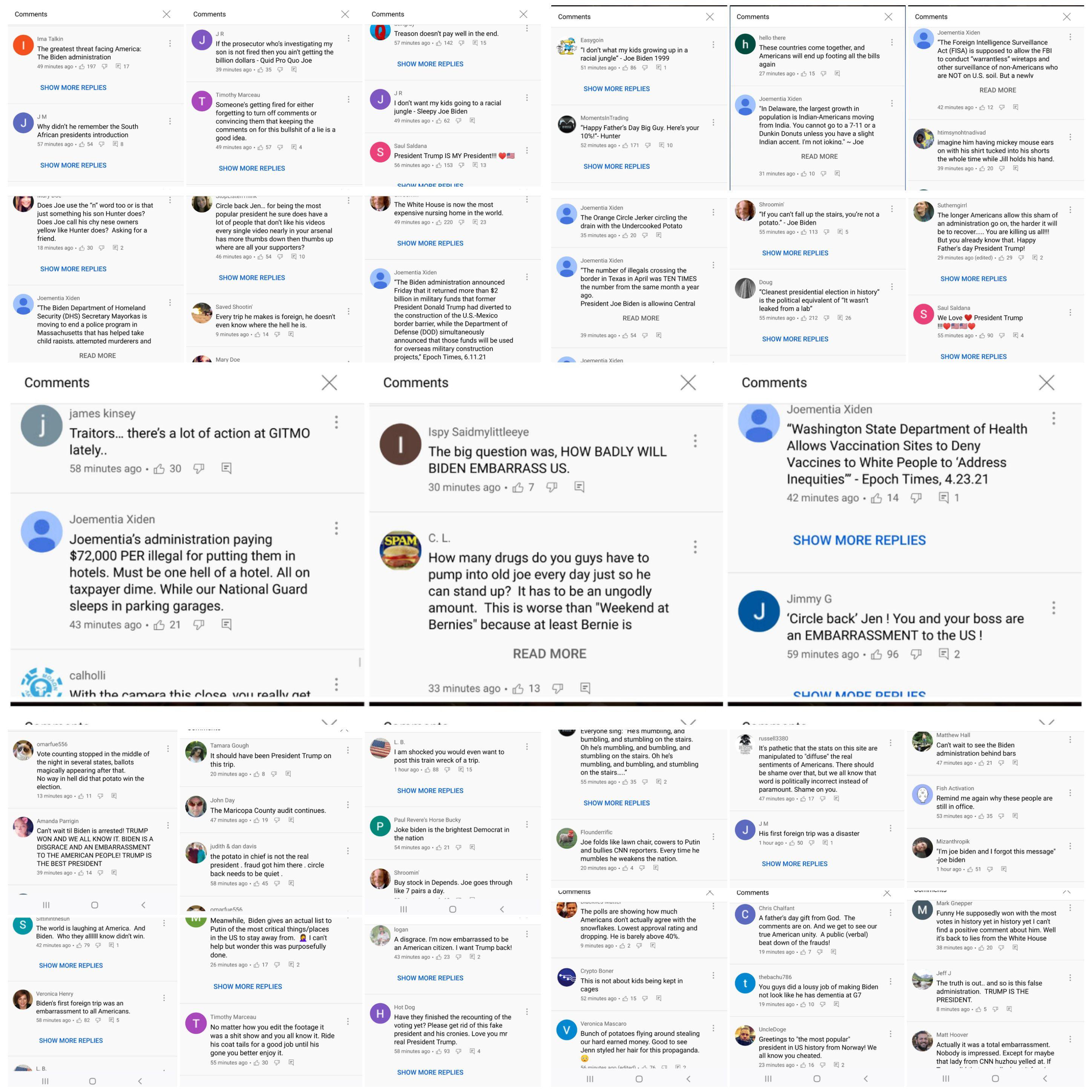 Greetings to "the most popular" president in US history from Norway! We all know you cheated.

That one made me giggle

And now you know why Twatter and Facebook censor us.

For those who haven't seen it, this site tracks the upvote/downvote ration on all YouTube White House videos: https://81m.org

Pretty much what we thought, no?

I find it very interesting that they didn't manipulate today's video at all. This site went viral yesterday.

Agreed. It just really puts it into perspective. Now imagine if the normies whom could have their minds changed seen things like that.

Those smart enough to see the BS and care would instantly be shocked I feel.

Honestly Ham. It's sad. Noone wants to think we are currently living in this shitty timeline. Yet here we are. Yanno?

Every time I think I've got something that'll shock them into reality, I find myself newly amazed at the effectiveness of the conditioning.

Yet we keep trying. And I think we get a few more converts each time. Gotta keep chipping away at their armor.

'Tis truly an amazing time to be alive. I love researching and debating, so I'm in my element, but I am very much looking forward to a more blissful future once this is over. All of our effort in waking them up is worth it, because I think it'll eventually save some minds/lives. Not all....but some.

I feel you. We need People like you. I gave up debating. Not for the sake of trying, mind you.

I'm just tired of it all. I now know what the Revolutionaries felt in the lead up to 1776. I'm at the point now where I'm ready for a fight.

But like most things, you need to win the "hearts and minds" and in reality, a fight would be bloody and exhausting, yet a permanent solution.

I think we all want revenge. Maybe retribution is an even better word.

The only thing I know for sure is that I'll never stop until we get it. This is what I do, online and in real life, 24/7. Thankfully, I have an understanding lady-hamster who understands and keeps me sane.

I still fight the "hearts and minds" game because it still matters and we're still waking people up, but there's going to be a time soon where the rubber meets the road.

Keep that lady hamster close lol. Tis a rare thing. I love my Woman with all my heart, but she is still lost in the brainwashing. I think she's come around a bit more since the election, but getting her to actually "open her eyes" is a daunting task. For now.

As for the future. Who really knows what is going to happen. We are entering uncharted territory, which I don't even think the founders in their wisdom and intellect. Could have predicted this.

While yes, State legislature and Governors could help this process greatly. It would take a Man/Woman of courage, and as we've seen. There just aren't many in Government.

If it goes hot, and I do believe that it may. Especially if the left and Technocrats keep playing with fire like Icarus flying too close to the Sun with his wax wings. I do firmly believe small skirmishes will break out.

If you need a break then take one at the back of the line. More of us will will step up and keep going. We in this boat together fren

Agreed, and sometimes I do need a break fren. It helps being surrounded by like minded pedes.

This should infuriate everyone. We are being enslaved by a fraction of a percent of the population.

It should, but most Americans are lost in the day to day and Men neutered.

It would be hard for us to know if they were lying.

What I find telling is how often, and how much they manipulate Kamala Harris' videos. There are a couple I saw that were over 600-700%, and one that was almost 1,200%! It's almost like they are trying to groom us into believing she's likable.

Yup, but not even the Democrats are buying that she's likable. She's just too awful.

Wow! I always suspected they manipulated the upvote/downvote but didn’t have the evidence. Now I do! This is gold!!

I’ll be sharing with many I know. Thank you Mr. Hamster!

They're just going to get rid of the dislike button and tell us it's for our own good (like yahoo did with their comments section).

It's down now lol lol

Bless our Kekistani OP for saving the comments

Hey fake news: your fake poll’s that pretend Biden’s approval is over 25%: is fuuull of shiiiiit 🖕!!!

The comments are fucking based

Fun while it lasted

Bless your soul for screen grabbing what you could and posting it, Fren! Helps MY soul to see not just what other Americans but what the world thinks about all this bullshit. Love that comment from Norway❤

”Joementias’s Administration is paying $74,000.00 PER illegal to put them in hotel rooms. Must be one hell of a hotel.”

Right I'm sure if we could ask the illegal how their cell is they would say it's the height of luxury.

"Every trip Joe makes is foreign; he doesn't even know where he is."

Yeah... I don't think it's unintentional. The media's starting to turn on Joe, too. Don't start cheering yet. They're setting us up for Kamala.

Because they take advantage of stupid people's empathy.

Media's turning on Joe, means they're on our side right? Must mean so since we feel the same.

They're pitching for Kamala next.

You see it coming.

they'll fix it if they haven't already.

Oh, thanks for reminding me to visit 81m.org to dislike all the videos.

I tend to fall behind on that if not reminded.

Can't read most of them but I can imagine!

Click on the title sentence, and will open in a new window where you can read them.

I read about half of them. It's a very good effort.

This is actually funny as fuck to read

I still downvote these videos every damn day

Upvote for you fren. I have downvoted every video since inauguration. I miss when they left the comments on for an hour or so. Now comments opportunities are far and few.

Please post more of these! Many of us never get to see them!

The FBI will be interviewing every poster above about domestic terrorism.

The FBI are the terrorists.

The dod got back the 2 billion that was supposed to go to the wall and will now spend it in overseas construction.

What in the fuck

Gotta guard those poppy fields. Gotta rebuild those towns so contracts and promises and kickbacks and outright bribes (not to mention pallets of American currency) can flow again. Cmon, man.

TFW your pithy smackdown comment isn't one of the chosen examples. 😞

There were hundreds. Couldn't show them all and have them readable

We need to make sure we don’t give up. There are more good people then there are of them. We will win cuz we got God.

Comments off now but 4.6k down votes as if this post

you know what's funny? I never remember antii trump comments on his youtube videos. we were always maga-ing it up. Really weird when you think about it.

You'd think the most popular President in the history of this country would have more support on things like, oh I dunno, a video clip. Weird.

Because he doesn't have anyone who likes him enough to post positive messages. Even the people who hate trump wouldn't bother to show support. But hey, the most popular president, right?