TheDonald
Communities Topics Log In Sign Up
Sign In
Hot
All Posts
Settings
Win uses cookies, which are essential for the site to function. We don't want your data, nor do we share it with anyone. I accept.
DEFAULT COMMUNITIES • All General AskWin Funny Technology Animals Sports Gaming DIY Health Positive Privacy
2907 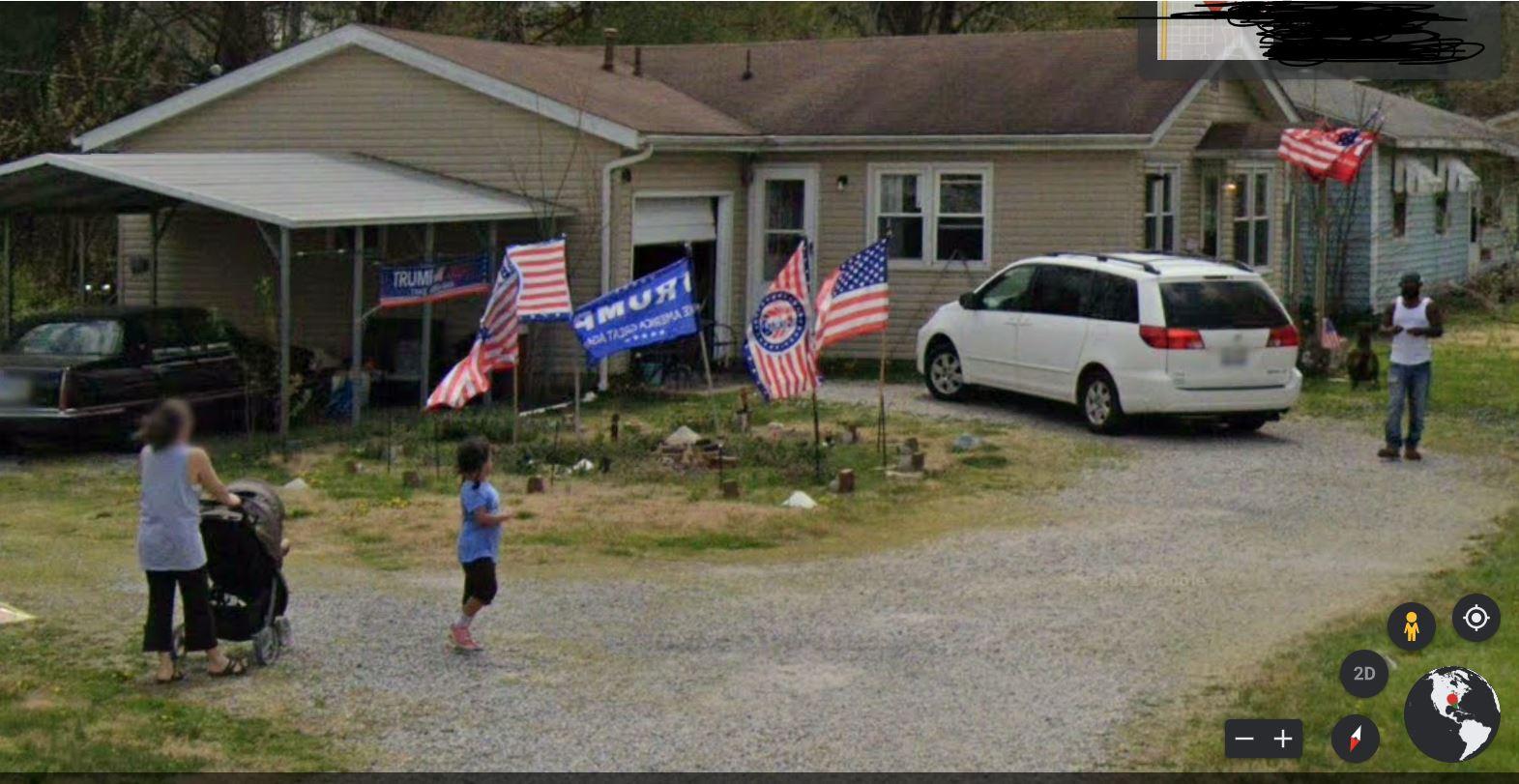 Dang, it's another one of those black-white supremacists...

They're basically the Cadillac of cars.

And MAGA women are the Cadillac of women 💋👠🇺🇸

When you think "Pimp" this is literally how he was dressed.

We were the only two fawning over the then new Cadillac Elmiraj concept.

They will censor the flags and use a whitening filter on you. Just wait. You racist bigot.

That you Senile Joe?

MY NAME'S CLAYTON BIGSBY AND

WE ARE NOT WEARING MASKS! It is the blurring they do for the faces, makes us look weird. (We don't even own any masks and NEVER have) We have not opted out of street view because we were TRYING TO GET OUR TRUMP FLAGS ON STREET VIEW!!!!!!!

^ This. Buncha crazies out there...

Agreed. Google indexes this site. They can match this photo to the Google Earth database and connect you to your PDW user name.

You better off adding a Trump flag to a stock photo.

I fly Trump and MAGA flags on my property 24/7. If they want me, they already know where to find me, Google Earth or not. I mean, they're in my yard. Obviously, I've already decided to stand my ground. Thanks though.

Best advice as well... Always carry! That's a no brainer for all competent Americans.

leftists arent thinkers, but they know trump people own guns.

Yes! I don’t worry about doxing either, I know the risks but we need community!! 🙂🙂🙂

No apologies, no excuses, no surrender.

Yeah but I appreciate his zero fucks attitude. Full MAGA

Presuming this is actually the person claiming he is.

What's to stop someone from pretending to be someone to get kharma?

Also, my friend. I am your cousin from Nigeria. Private Message me your Bank Account and I shall you my inheritance! ;)

TOTAL BASED! Jealous as hell.

It's a proud day here at our house today. We feel we won a HUGE victory today!

those lion flags are demigod-tier

if i flew those where i live, i'd probably be hauled off for some bullshit charge like racial agitation. 3 miles away, some dude living near the foothills of mt. hood flies a confederate flag. not sure why or how he's flying that, but maybe i should move a few more miles away from the epicenter of the white left in the US (pdx)

those lion flags are demigod-tier

I'm fine with the American flag, but the left really want to push to change Flags, might as well suggest that one.

Trump flags and a black man!!?? That must be racist in some way...

right i love Cadillacs always have such a stoic car

Damn, love it! You must live in a nice N conservative area!

Although, I had a huge setup of two flags, yard signs, and all lot up with Christmas lights in the second most liberal county in NYS...

Received CONSTANT hatred and harassment. Had 5+ cameras on one tree, and the flags were glued and screwed to plywood, with hundreds of screws sticking out the back so you couldn't rip it down.

Then, smeared the flags with tons of Vaseline so it's nasty to touch. Stayed up all year!

Tons of funny stories with that too.

Some bitch came by my house and flipped off my cameras, then stuck multiple homemade flags into the grass saying "acab", "BLM", etc...

They were sooo triggered Hahaha. Was amazing honestly.

Even received multiple letters thanking me for my courage to be one of the only ones in my town to publicly show support for Trump!

Got a few letters ill frame and forever save. Trump supporters LOVE seeing people not cower to the mob.

HAHA! We live in Illinois! HAHAHA!

Can't self-dox any harder than that.

Seriously, though. Nice flags. Wish you were my neighbor.

im confident our man isn't afraid of any BLTifa who try to step to him. They will be met with..resistance, to their tyranny

Damn. You are not afraid. I need to be more cool.

I guess my upside-down flag will eventually turn up there too. Eye-level from the street.

But but but...you're not supposed to know how to internet. Leastways that's what the woke mob believes 😄

Looks good, nice to see Google owned for a change.

Yeah. Got to be around those years. My friend bought one with like 10000 miles on it in 2000 when we graduated. Loved that car.

thats bad ass dude. my google earth just shows me doing the staying alive pose, I would only wish I had Trump Flags.

Is that you with a mask on outside?

NO MASKS! Google blurs the faces, makes us look weird. We have worn NO MASKS this entire time, we don't own any!

Lol I was kidding, you’re a great patriot!!

Look at those white supremacists!!

OP please tell me that’s you wearing what looks like a bowler hat. My respect is already through the roof but that would put it through the stratosphere.

Sorry, guys, not a bowler hat. It's just a black bandana on his (bald) head!

I'm kind of relieved actually. People were saying, "Nice Caddy." I didn't see a Caddy, or a car for that matter (in the carport). Then I looked back and saw it finally. OK, so then I couldn't tell what was on your head, and I'm thinking, wow, my eyes must be seriously messed up ... So thx, Doc. I feel much better.

The only colors i see is red white and blue

You need to get busy and make lots of baby patriots to fill up that minivan!

Give this man a medal!

Is there a tracker for how many lefties this picture triggers?

You need a few more.

Based as fuck! Love it Pede! Well done