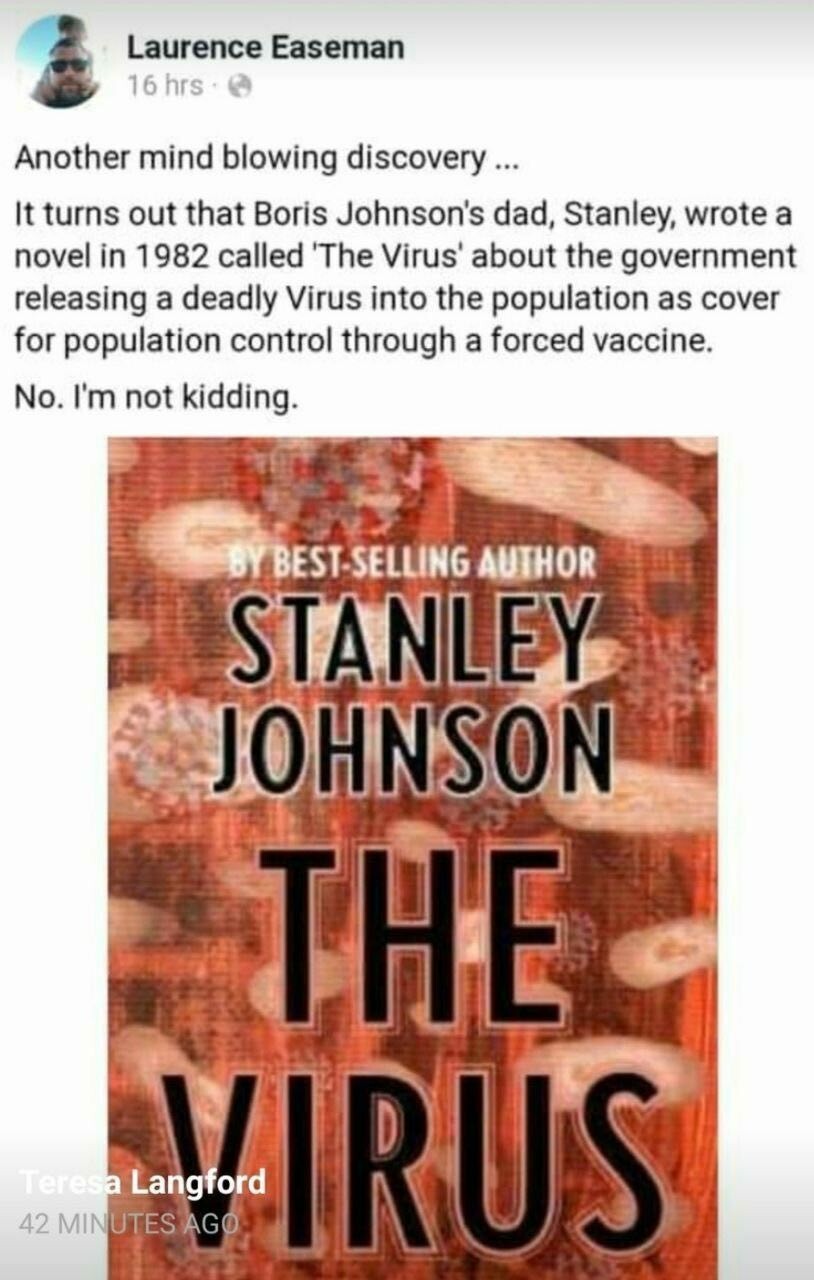 I am amused that basically everyone seems to have forgotten that the other two BSL-4 labs that were previously conducting this research are located in the US (NC, TX). Do we think that the PLA did this on their own or is it more likely that this was developed in the US by malicious parties and then sent to WIV when the gain of function moratorium was out in place?

I didn't even know about the other labs, but i assumed it was a joint operation between china and our own "elites".

There's also the material transfer agreement for mRNA covid vaccine candidates between Moderna/NIAID and Chapel Hill on December 12th 2019. Just a coincidence though I'm sure.

Surely. Got a link?

Thanks! With the earlier case discoveries this actually make a lot more sense even if it wasn’t nefarious. USG very well may have known about the impending threat in early 2019 along with other national governments and pegged Moderna and other pharma corps to start on a gene therapy using mRNA with the expectation that USG researchers would review and test efficacy against stored samples.

Is that the one I heard about in Galveston? Really good spot to put one in a location prone to hurricanes...

Update: I found it. This is the one. I remember people mentioning it during Harvey. http://www.utmb.edu/gnl

Yuuuup, I totally agree that it’s really not the best location for something like this. I’m sure we’ve got some secretly out in the desert as usual. I really just think that it’s funny how some people fixate on China putting the WIV BSL4 in a major city when we have done something similar. The thing is, that’s not the issue. The issue is the track record of violating the BSL4 international standards on containment.

Honestly, even that isn’t the point. The point is that the narrative of an attack is seemingly off limits. That means that there is potentially a hot war taking place on a level pretty much nobody alive has experienced and with capacities for destruction that have never been possessed during war time previously. Last time, the USG convinced the SCOTUS of the necessity of ethnic concentration camps and the “strict scrutiny test” came into existence allowing the feds ignore the constitution. Considering the current geopolitical climate what happens this time around? It certainly won’t be good.