TheDonald
Communities Topics Log In Sign Up
Sign In
Hot
All Posts
Settings
Win uses cookies, which are essential for the site to function. We don't want your data, nor do we share it with anyone. I accept.
DEFAULT COMMUNITIES • All General AskWin Funny Technology Animals Sports Gaming DIY Health Positive Privacy
1879 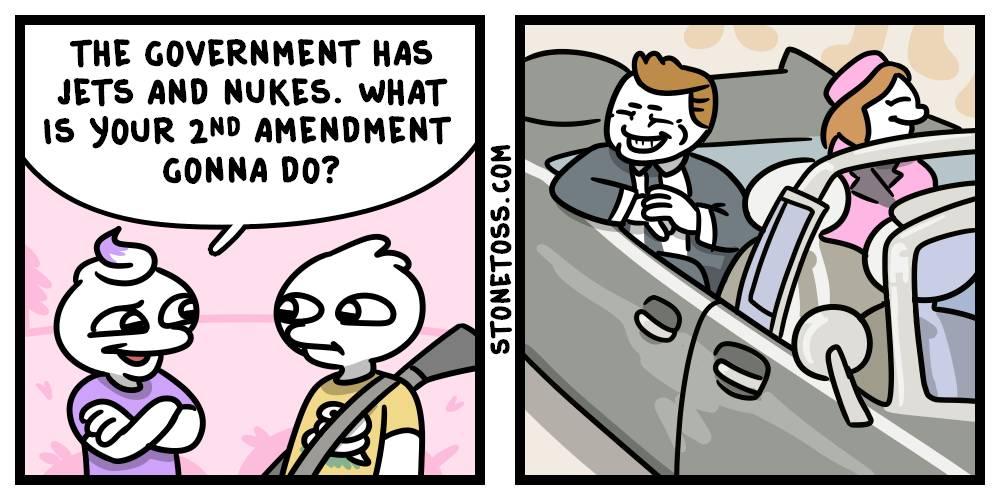 Damn, this is a spicy meatball.

For crying out loud, how many pussies in congress whined about how scared they were on Jan 6? Virtually no one protesting was armed. Then they have to nerve to say “nana nana boo boo, you can’t get us, we have planes and nukes!”

It was the day the oligarchy said, "Puppet bitches, today you are crisis actors"

There's one picture that looks like it was taken late, when they're all getting up after hiding in aisles for pictures.

D.C. is Hollywood for ugly people.

They are some of the most narcissistic people in the world. They truly believe that are our betters and that anything that reminds them that they are just elected shit heels it drives them insane. Holding the believe that they where in serious danger is delusional. They think it's their home not just a building owned by the people that they get to use for 2 or more years.

They were scared because they had to face the reality that they don't have the support of the people and are all illegitimate traitors.

In all honesty, I have a feeling they all knew they were secure. Except AOC. You've got Capital Police, the DC Police, and Secret Service. Supposedly even private security and bodyguards were there as well working on behalf of individual politicians. Waiting outside would be SWAT + the army. I know I wasn't there when it was happening if people were coming for me, maybe I'd feel different, but it's quite a secure building.

Plus, these aren't even normal Police. A bunch have submachine guns, machine guns, and the knowledge that they can literally execute people and the entire govt will protect them.

… virtually no protesters were armed.”

There is zero evidence that even one single protestor was armed.

He may have tossed a couple Carolina Reapers in there.

Is it though? I'm a rational observer and I don't think this is spicy in the least. If anything, it highlights reality by juxtaposing the don't tread on me shirt guy against the actual bad actors (big governments, mafias, big corps & other syndicates) that would have assassinated Kennedy (if that's what we assume the comic is implying).

Now his disclaimer, that's spicy: The above cartoon is intended to be enjoyed as a work of comedy and political expression and does NOT represent incitement to, or endorsement of, any form of violence or insurrectionary activity either in real life or in Minecraft.

No fucking chill, no damn lube!

I mean if the shooter wasn't a glowie he'd be right, but I assume that's the subtlety/built-in redpill

Ya, I don't really get the point of the cartoon. JFK was killed by the Alphabet Agencies and their commie sleeper agents. What does that have to do with the 2nd Amendment?

The left is closer to assassinating conservatives than the right is to fighting back.

GOOD MORNING SPECIAL AGENT HOW IS THE WEATHER IN DC TODAY

Ask Scalise. I think they're already there.

And that is inter governmental violence too!!!!

You mean "intra-governmental" violence, since it was the CIA and other factions of our own .gov that did it.

Biden’s gonna nuke citizens? Did I hear that right?

Mao also said that he had absolutely ZERO problems killing many millions of his own countrymen off to install and cement communism in China.

That statement by the potato tells you everything you need to know about the extent of their knowledge of how war, strategy and weapons work, kinda like their knowledge of guns or climate, how are they going to use nukes on their own soil, talk about shooting yourself in the foot, but it could also mean that these demons in our govt are so greedy and evil, they're willing to blow it all up rather than give up power

they're willing to blow it all up

at least then communism would be eradicated

Uh... you realize Lee Harvey Oswald was a raving communist right? He defected to Russia. He even tried to assassinate a General. He was a ticking time bomb. He was offended that the USA was so anti communist.

Meanwhile... with Lincoln. There were 2+ other assassination attempts during the night Lincoln was assassinated. I feel that was quite an attempt to overthrow the government too. Secretary of state was stabbed in his sleep.

Ask yourself - if old Joe said something this inflammatory - what is it they are trying to distract us from...?

oswald was LARPING as a communist, apparently. supposedly overdoing it like a telenovela

So what? Oswald didn't kill JFK.

I need some milk.

This is one of the most fucking savage things I've ever seen.

I'd rather have a JFK haircut than whatever the fu¢k Biden has going on up there.

Where does he get his hair cut, Krispy Kreme?

"You think your legs are hairy? Hold my beer!" - Ella Emhoff.

Interesting that both had their craniums opened and brains exposed.

Difference being that Creepy Joe’s head has been opened multiple times and he is still animated. I do wonder what devices are installed in there…

His hair is spider webs.

LOL. Second Amendment doesn't have anything to do with that. They do it on the streets of Chicago all day long.

JFK was on the side of The People.

It's going to get Mossad to kill a president?

Read a Ron Unz piece on it the other night that explained why and why it made sense. Wouldn't expect an ignorant dolt to even consider the possibility.

Omg love this one!!

JFK was shot at least eight times, most likely by people affiliated with the CIA. Prescott Bush was in Dallas that day and the secret service were told several times to stand down or get off the limo.

Citizens didn't kill JFK. The man in the sewer grate did. JFK was corrurpt too .. bag of pigs, lying to LBJ about his secret deal with Russia .. but he simply wasn't corrurpt enough. So they killed him and blamed it on one guy.

Prior to JFK, the CIA and the mafia started having a LOT of overlap in personal. Currently, the CIA is indistinguishable from an organized crime syndicate. Biden was a crime lord before his brain went to mush. Now he's just a fucking puppet.

JFK slept with anything that walked and told all his mistresses (including Marilyn Monroe who hung around a bunch of card-carrying communists) top-level stuff he shouldn't have. He was probably taken out.

No chill. No fucks given.

Lmao ok that is good!

Stonetoss is gonna get SWATted.

That pun wasn't intended, but here we are.

Just sayin'.... I have been watching these for over 10 years... I expect some guy who gets his house repoed will hock his truck and buy one... and who knows where it goes from there...

Whew. This one is going to burn my butt hole on the way out.

DAYUM. So true. Watch if they try to take offense to this one especially bc of the gravity of the JFK Assassination and say that it’s a threat on the life of Biden. Just when I can’t like StoneToss any more, he goes and makes the most simple yet spot on statement with few words and two scenes. This is a defining moment, in my opinion.

It made a difference to that starfish

The correct way to rebut this argument is to point out that a bunch of Vietnamese farmers held off the entire US military for years.

The government is nothing more than other people....in every country, throughout all.of time.

Lol, sure...nuke the building that we're already inside. Do us that favor! Hahahahaha

Look at the top left corner of the windshield frame.

But... Joe's not in charge of anything.

Our military will nuke Pedo Joe first before they hurt civilians when the socialists finally gives the order to kill us.