TheDonald
Communities Topics Log In Sign Up
Sign In
Hot
All Posts
Settings
Win uses cookies, which are essential for the site to function. We don't want your data, nor do we share it with anyone. I accept.
DEFAULT COMMUNITIES • All General AskWin Funny Technology Animals Sports Gaming DIY Health Positive Privacy
34 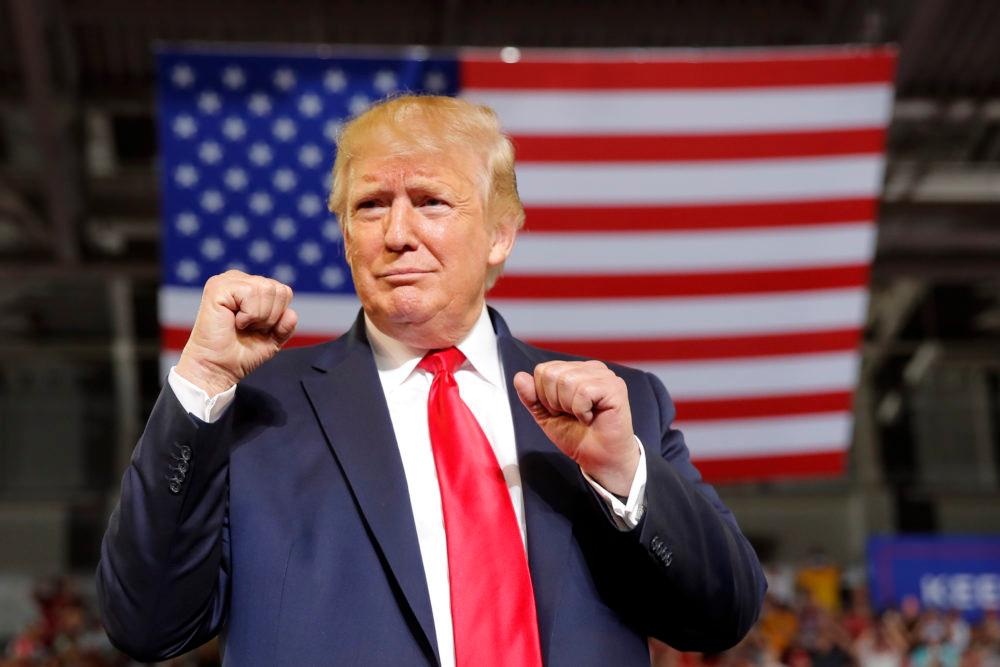 He isn't one of them.

For future uppity Billionairs. See what we Did To DJT. 👀

He was exposing their malfeasance, illegal activities, and lying to American public everyday.

He stood in the way of the GWO, Globohomo World Order.

Look how much shit has gone down since he has been out.

And they know the best way to rule the rubes is through fear, so they use the only tactic they have which is to cry racism/sexism/phobic etc...

I have a different take.

Trump is a multi Billionaire. He is a 1%er. A famous New Yorker. Well known in the 1%'s inner circle for his Hotels, Casinos, Golf courses and running Beauty Pageants.

They considered him as one of thier own.

When Trump ran for President and said things like..

(They) the Globalists quickly realized he really wasn't in their little globalists club. And really didn't like how friendly he was with Russia and other countries like Saudi Arabia, Japan, Taiwan for even North Korea.

It is the people who own these.

They also employ lawyers and specialist to write up legislation.

Also Wall street is their Gambling Casino. They are the House so to speak.

Hillary said: he can’t be bribed

He was coming for them- even they know they are the swamp...

Because they thought they were so close to permanent power structure of a ruling class (them) over the rest (us). They chose President Trump as the worst possible candidate (in their minds) to be defeated by Hillary.....except he was the best possible candidate and he represented us in all our hopes and dreams. They saw their power structure crumble as the American people awakened. President Trump may have started as a real estate tycoon/ play boy but he became us, willing to lose everything to make America Great. Their only chance to regain power was to attack and to cheat. Their only way to maintain power is through ever increasing violence and suppression. They hope that by striking him down (the sheppard) that the flock will scatter. They are wrong about that too.

He's an a American nationalist and that stuff don't jive with the mess the league of know it alls, and murderous control freak billionaires have in store for us.

Because the uniparty is a real thing, and it’s tied to a larger world order. They are essentially the mafia, but at a global scale. They don’t care about anyone outside their club. I remember when John Boehner was speaker, he gave an interview where he claimed that the number one thing people wanted was immigration reform with a path to amnesty. I remember thinking, “what fucking people is he talking about?!?” Certainly no Americans I know. It made more sense when I realized he was talking about a global elite that only cared about themselves. Trump spoke to the American people with honesty. We were/are being screwed! Real talk is the number one reason they hate them, because their bullshit can’t withstand even the slightest bit of honesty.

They like to destabilize countries and swoop in with their own companies and make all the money rebuilding, installing their own puppets and buying all the business. The Dick Chaney for example used Halliburton in Iraq.

He's not one of them, so they got no dirt to control him.

The pedo elite, pizzagate? It's real, 100%. They all have videos of each other, so they control all pedos this way. Ted Gunderson exposed this in the 90s and early 2000's. Look him up.

He WAS one of them. He walked away. He probably has more dirt on them just by not drinking around them (he doesn't drink in any case) and listening to them while they talked to him or to others.

You missed the point. He's not one of THEM - The elite that rule the world. He's a 1%er, rich, etc, but he wasn't brought into the fold of Satanism.

You are attempting to claim Satanism as a fact (something that is outside of our ability to control).

I'd call it a fall back position (an excuse if you will).

I don't believe that the proffer has anything to do with Trump not being "brought in", he just wasn't susceptible to the fallacy of it.

You are attempting to claim Satanism as a fact (something that is outside of our ability to control).

It is a fact. They don't worship Baphamet for the fun of it.

I don't believe that the proffer has anything to do with Trump not being "brought in", he just wasn't susceptible to the fallacy of it.

He wasn't brought into the religious aspect because they had nothing to control him if things went sideway.

They did try to recruit him into the power aspect Davos 2019, but he told them to eff off.

Satanism may be a fact to you. Perhaps I and others are stronger.

I do encourage you and others to deny it.

Satanism may be a fact to you. Perhaps I and others are stronger.

Denying reality isn't a strength, it's a weakness.

Satan would prefer you deny his existence. That way you are unable to defend yourself.

It is nothing to me since I don't allow it. You have to face your demon, I have already done so.

Money ,he was far less accommodating ,with their Fiat currency vectors for consumption , Biden's got 1.9 trillion tipped into the pig trough ,and the sure knowledge there's more to come as and when required 😠😠😠😠

He spoke the truth. BTW Michelle is a man named MiKe.

The media is controlled by British intelligence. Trump really wanted to put America first, and the British were not happy with that.