TheDonald
Communities Topics Log In Sign Up
Sign In
Hot
All Posts
Settings
Win uses cookies, which are essential for the site to function. We don't want your data, nor do we share it with anyone. I accept.
DEFAULT COMMUNITIES • All General AskWin Funny Technology Animals Sports Gaming DIY Health Positive Privacy
2221 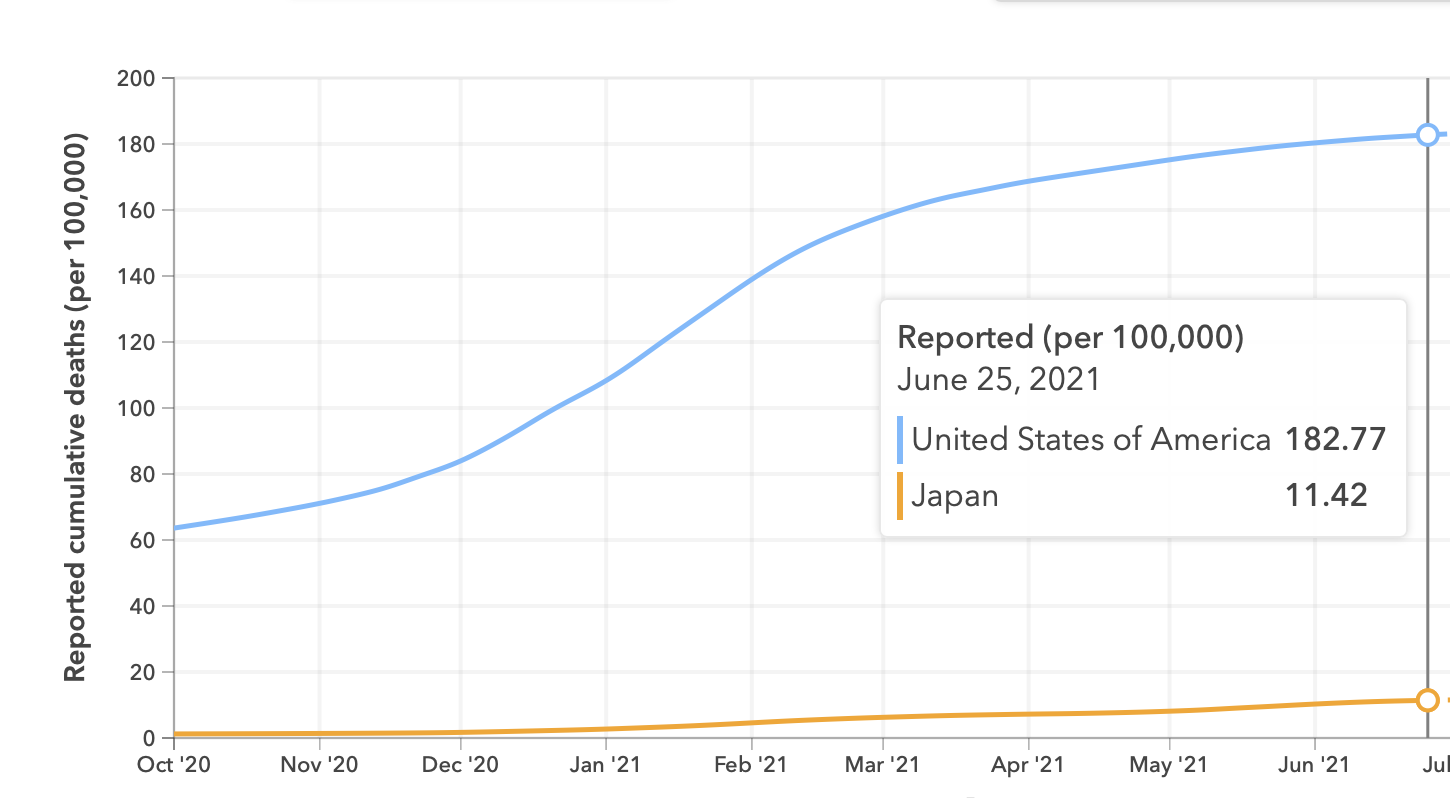 they arent fat so there is that

Sumo wrestlers have entered the chat

Sumo wrestlers are nothing like your typical obese person. They’re professional athletes who work out every day and eat relatively healthy food, just in massive quantities. They’re in much better health than some sedentary ham planet who drinks soda and eats junk food all day long.

Japanese are based as fuck.

Shit, they held better Stop the Steal rallies than half of America

The scale that shouldn't exist, yet does, but such is clown world.

Most sumo wrestlers just have a nice outer covering of body padding, no actual fat anywhere inside where it could do damage.

Did watch a 500 pounder at the sumo yesterday, probably one who is more large than athlete.

They were in the third division. The top division, strong and fast and large and powerful.

On the other hand, thanks to CT scans, scientists find out that sumo wrestlers’ bodies don’t have much visceral fat. Besides, most of this fat is stored right under their skin so it doesn’t affect the blood circulation at all. If there is any type of fat in sumo wrestlers’ blood, it is triglycerides. However, the amount is strictly controlled under an appropriate level like a normal person. In fact, sumo wrestlers are also blessed with a small volume of cholesterol. Therefore, they escape all the diseases related to obesity like heart attack and stroke.

That quote is what fat feminists think of when they say healthy at any size. They think they're like the sumo - fat but free of all the negative consequences that typically come with being it.

Like those power lifters with dad bods lifting far more than body builders.

Diet soda is the absolute worst thing you can put inside your body.

Not same kind of fat.

80% of all Covid deaths are associated with obesity.

This is the case with almost any disease really, probably even accidents too.

90% according to the World Obesity Federation.

literally came in to say "they're also not fat fucks" rofl

Their immigration is strict af. You're not getting in for more than 90 days unless you get a job there.

You can and it would probably be alright. Learn to speak Japanese at least to a middle school level before you visit and your life will be a lot easier. Keep in mind that it’s an entirely different culture with its own mores and downfalls.

My favorite place in the world after America. The America i grew up in anyway. Don't see much of that anymore.

He means immigrate there.

So when you said he can immigrate there, how exactly would you recommend he do that?

Under normal circumstances I’d say get a job there teaching or do remote work. Unsure what the requirement would be under CoViD. Is there something special you’re aware of regarding Japan?

My brothers lived there for 30 years. My daughter went there to go to school. She had to go through a strict vetting through the school, she had to go to Los Angeles to take a test robe approved by the school. Then you have to have a sponsor that has $40,000 in the bank that will cover any of the expenses that you potentially would leave behind an ethically. She was there for one year.

If only we had an ounce of their common sense.

The west has problems cause of immigrants and you want to run from your own country and cause the same problem to Japan? BTW their culture is very different and they don't like foreigners either.

without the ADE vaxx, there is no perma-pandemic

They used masks long before covid happened and probably 80% of the time it wasn't even related to sickness. It's basically a fashion thing over there

If someone had symptoms. Like an active cough or even seasonal allergies. Its looked at the same way as not covering your mouth when you cough over here.

Japan does not believe in China B.S., not now, not ever. Japan knows Chinese tricks, knows first hand.

They’ve been living in an irradiated country from Fukushima, Hiroshima, Nagasaki and Godzilla so they’re immune from the virus.

the weak are already gone

i don't believe any of the "official" numbers. it's all fake.

Hmm...Where are the Olympics this year?

Pede working in Japan here. Co-workers that got their first or second shot (big roll-out for under 65 in June) complain about arm pain and have been taking off for a few days. Some just take it kuzz the government says so, others are too busy working to take time off, haha. Opinion is generally they would prefer a Japan-made cocktail over a barbarian one.

My foreigner co-workers gobble that MSM propaganda up though, clapped as they get their reservations and then complain when they have terrible pain after the second shot. Half expecting some of them to keel over. Won’t catch me with that Pfizer juice though. Employer doesn’t care (yet) if we have the shot or not, personal preference and all that. But given that most of the population is old, I don’t think we’d be having too many deaths or reactions.

But for the younger normies? I guess the population decline will speed up quite a bit if/when the Jabbers start having real issues.

Same situation as you.

Ivermectin was discovered in the Japanese soil. Maybe that is why?

And they're still not letting fathers see their wives and new babies in the hospital.

Source: Good friend in Japan just had their 2nd kid. Hospital wouldn't allow visitors. He got a picture of his new baby by text, they had to stay in the hospital for a couple days. He won't meet his son for another couple days.

Have they been reporting car crashes, suicides, murders, and heart attacks as covid deaths in Japan or did they not take the bait?

But it is interesting to know that there have been more suicide deaths than china virus deaths.

They’re average intelligence is probably significantly higher than ours too.

Edit: Their* I just proved my own point.

Respect for not editing.

Isnt Japan implementing vaccine passports though? I wonder if they'll try to force more people to get vaccines.

People are pushing back against it. Hopefully we win.

Yeah, they are. They want 10(?) major countries to accept them, but barely trying to get it done. But for those trying to get in Japan? Tough luck. Passports would only before for those leaving the country.

Honestly we are probably very similar statistically, maybe the US is higher because of our obesity rates, but overall I think every western nation has inflated covid deaths and cases.

Godzilla is taking them out at a more rapid rate.

Nah, Godzilla deaths would totally get reported as covid deaths.

May they keep it low!

Just heard on a radio news break (abc) that there is a major spike in Japan, and they also said there is a big spike in “very serious cases” mostly in, and I quote, “conservative, unvaccinated areas”. I’ve noticed a big coordinated media campaign correlating spikes in unvaccinated the last few days. Get ready!

Oh okay so it's bullshit then

They are used to propaganda by the state and know how to recognize it unlike most of the idiots here.

To be fair the majority of that was probably the elderly and essential workers being prioritized. Vaccinations for the general populace has just been opened up in the past month. Japan has their fair share of sheep so expect a small bump in that percentage.

Asian is the new white supremacy

They don't have an alphabet, so there's no way for the more transmissible, deadlier, high capacity variants to exist.

I feel like their lying about the US vax rate I highly doubt half the country got it lol.

Im shocked at how many people I know got it, definitely over half. And Im in a purple state.

They lied that former VP Biden won, so, why wouldn't you just believe what this fraudulent regime says?

They aren't dieing, cause they aren't jabbing poison in their arm!

When the Japanese are the non-conformists, you know it's bad.

It's because Japan is famous for having such a low proportion of aging population, so covid has few vulnerable people to target.

the Chinese virus does not attack Asians only Westerners

I'm going there later this year and I hope this means they won't have a vaccination requirement to get in.

This is the reported rate. The Japanese will not go to the hospital or get tested or anything like that unless they really really have to. These covid numbers are probably the people who can't breathe. The really bad cases.

Go ahead and go unmasked in japan and see what happens.

If you think their covid response isn't strict, you'll be on a plane out of the country faster than you can say sayonarra.

I never wear a mask. Have been asked to by stores about 4-5 times total. Have encountered 2 Karen’s on public transit in Tokyo, both male. I laughed at them both and no one came to their aid.

The Japandroids have much to teach us. Hopefully the Jews won't get their claws in their culture as they have in ours.

Very low instance of people requiring a Rascal to buy their Diet Coke and Cheetos with a side of Reeses Peanut Butter Cups.

Because they are smart, not like the dozen or so folks I saw in their cars today driving around phoenix with a mask!

to many of US are just stupid!

So pretty much the one place in the world where masks were seen as "normal" before covid started is the one place that has a low vax rate while also not having people drop dead?

Am I getting this right?

They have much visual public conformity: much mask wearing.

Our government is the one killing us. Japan might not be killing their own people yet.

I think it might me your franken shot protocol.

In Australia were seeing fewer bad reactions I feel because we have a 12 week gap between doses.

From what I understand the US it's 2 weeks between doses.

It's not covid that's causing the excess death, it's the vaccine. Why is there a disparity? Japan has a 15% jab rate and the US has near 50% (if you believe the Biden administration....)

The radio news this afternoon claimed cases are "out of control" in Tokyo, so bad they have decided to ban audiences from the Olympic games.