TheDonald
Communities Topics Log In Sign Up
Sign In
Hot
All Posts
Settings
Win uses cookies, which are essential for the site to function. We don't want your data, nor do we share it with anyone. I accept.
DEFAULT COMMUNITIES • All General AskWin Funny Technology Animals Sports Gaming DIY Health Positive Privacy
795

Shot his son on his first birthday and murdered his mother while under protective order and wearing ankle monitor. Thanks Harris County Judge Natalia Cornelia for putting this monster back in the community. 120 Houstonians murdered by criminals out on bond. (media.patriots.win)
posted 72 days ago by TRUSTINDOGS 72 days ago by TRUSTINDOGS +795 / -0 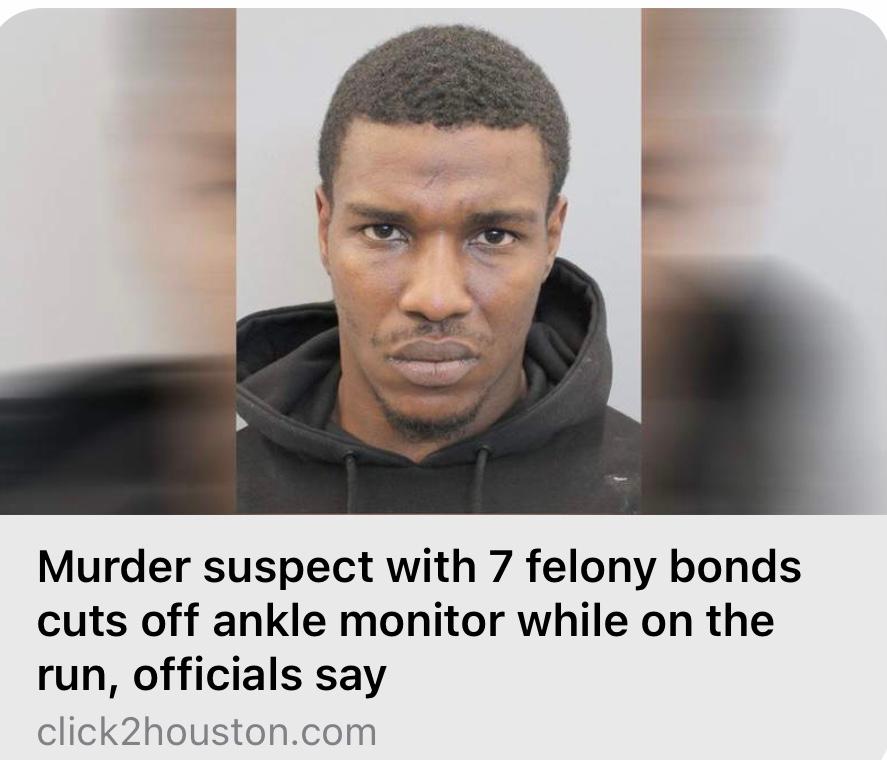 Judge is a BLM supporter, an illegal alien supporter, and seems to be All Agenda, All the Time. She Hates America, like all good democrats. Her parents were activists for illegals and Dreamers, she puts wokism ahead of Law, Justice, Freedom.

Yeah, because of her the murdering punk-azz thug was out jogging, still is. Not just her either, the DA is a long time lesbian fraud, same agendas...as is the Mayor in Houston and other judges too.

Even in Texas we are hip deep in Evil, I looked to be sure where that was and thankfully it's fifty miles that way but if you look at crime maps everything inside the beltway is Third World.

Which is why Imma long way outside the beltway. But it's everywhere, word is government housing apartments are going in a few miles down the road from us and no one is happy about that, there will be trouble.

Friend of mine held three thugs at the end of his shotgun a few months back, caught them trying to steal his boat after midnight. He called the Harris County Sheriff, told them he had three perps at gunpoint. Sheriff said, well they haven't really done anything except cut a lock, maybe trespass... it would take us a while to get out there, and we couldn't charge them with anything much, DA might not even take the charges, judge would just let them go...you might ought to just let them go. My friend is a Vietnam Vet, about 76 years old, those thugs are lucky he didn't pop them, but he DID let them go, Sheriff wasn't coming.

There is nothing between you and absolute anarchy except your own shotgun, even here in Texas.