TheDonald
Communities Topics Log In Sign Up
Sign In
Hot
All Posts
Settings
Win uses cookies, which are essential for the site to function. We don't want your data, nor do we share it with anyone. I accept.
DEFAULT COMMUNITIES • All General AskWin Funny Technology Animals Sports Gaming DIY Health Positive Privacy
2972 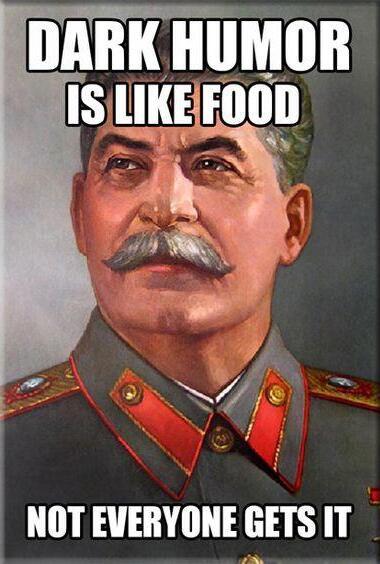 "Not real socialism" turns out to be exactly the type of socialism that those who have any political power want, and even many who don't. They've proved it completely at this point.

What's the difference between communism and a pencil?

The pencil works on things other than paper.

Periodically posting this while I was on the farcebook kept my feed pleasantly free of woke acquaintances and coworkers. One of my all time favorites.

Around four million dead Ukrainians are not laughing at this.

Some of them do have a good sense of humor.

Plenty in Canada point out that their parents/grandparents escaped evil communism so that their families today could be locked up in communist Canada, banned from going to church.

With China and Bill Gates owning so much US farmland, and the rest of it being bulldozed for houses for legal Third World immigrants/voters, the idea of the "non-essential" being starved by the communists in power is actually possible.

"non-essential" being starved by the communists

Don't worry, they get $600+/week for doing nothing

Yeah but how are you gonna live on 1 loaf of bread a week?

And they called us preppers conspiracy nuts. Fuck off if you want any part of my food/ammo. I'll teach you how to farm, but you'll have to do it on an empty stomach

Let me introduce you to Dr Fauci...

Now do 'home repairs' with a picture of AOC and her Grandma...

Dark humor is like a kid with cancer. It never gets old.

Any "That wasn't real Communism" copypasta?

That's a pretty dank meme there.

Stalin memes giving boomer memes a run for their rubles.

My 13 year old has this on a tee shirt, it's his favorite. We get a kick out of the looks he gets in public.

Hitler ain't got nothing on this psycho.

Hitler was a Lenin-faggot. They both were certainly psychos I don’t have the ‘heart’ to pick a winner here…

My most favorite meme.

You will eat nothing, and you will like it.

brb got a meme to dig out of my archives

Lmao. I was just searching for a anti commie tee shirt and saw this one

🤣🤣🤣 Snarfed in my empty bowl of government goulash.

How are dark humor jokes like kids with cancer?

They never get old.