TheDonald
Communities Topics Log In Sign Up
Sign In
Hot
All Posts
Settings
Win uses cookies, which are essential for the site to function. We don't want your data, nor do we share it with anyone. I accept.
DEFAULT COMMUNITIES • All General AskWin Funny Technology Animals Sports Gaming DIY Health Positive Privacy
4042 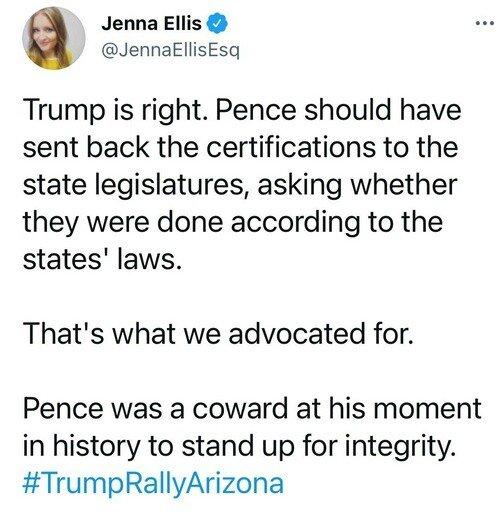 The Second Amendment says "shall not be infringed". There is no room for debate.

The Twelfth Amendment says "the President of the Senate shall, in the presence of the Senate and House of Representatives, open all the certificates and the votes shall then be counted". Not "accept or reject", not "appraise", not "scrutinize". There is no room for debate.

Had the office of the VP had these powers, why weren't they ever exercised? Why didn't Joe Biden do it in 2017? What didn't Al Gore do it in 2001, especially after how contentious Florida was?