TheDonald
Communities Topics Log In Sign Up
Sign In
Hot
All Posts
Settings
Win uses cookies, which are essential for the site to function. We don't want your data, nor do we share it with anyone. I accept.
DEFAULT COMMUNITIES • All General AskWin Funny Technology Animals Sports Gaming DIY Health Positive Privacy
3564 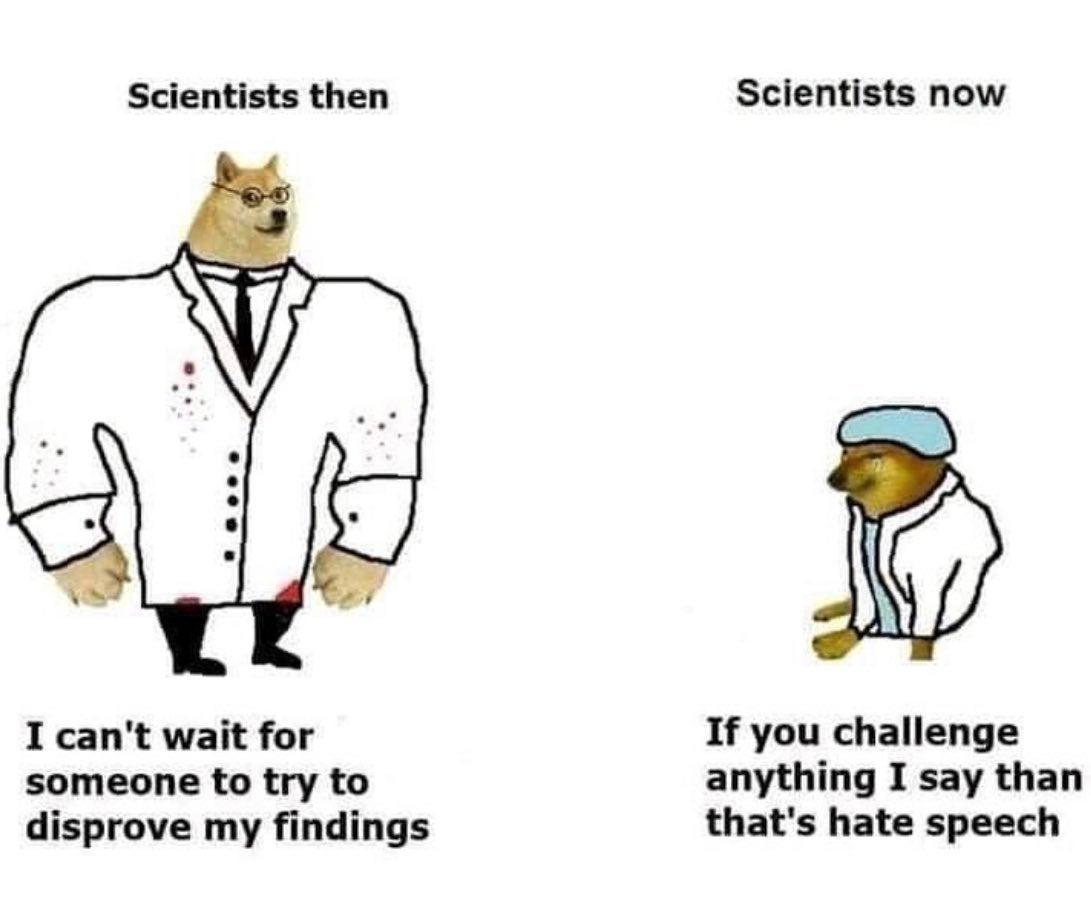 Is this your field or are you in a related field?

I got a bachelor's in biomedical science from Troy University back in 2019, but you really don't need a degree to smell bullshit.

All this talk about gene therapy and not a single person can explain the how.

I am similarly educated, but even I cannot determine if there is not a side channel attack being set up through a complex series of biochemical events by this vax which would, say, be sold as an "unintended unanticipated side effect".

Or that it doesn't represent the first of say, a three part process, the later two to come, which would work together to compromise the receiver, necessitating yet a fourth part for survival, which the government would control.

My mind has totally gone to those places. The REASON it has is I am an expert in another field AND I have a university level bio background. I know that if you're an expert in my field and you wanted to be malicious, it's easy to do and hard for non-experts to detect and anyway attribution and culpability and intention, even after detection, is way harder than detection itself. So I just assume it's this way in other fields.

You know and I know that the IC community is at least one full generation ahead of civilian knowledge in all fields. So even being an expert I can really only guess the general outlines of what they're capable of in my own field of expertise. Only physics and complexity bounds the possibilities. Makes sense to me that that holds in other fields also.

The chief things that tells me this is none of that, (except maybe the 3 part epoxy scheme) is

But even at that, my mind can amend the mass deliberate poisoning theory to work around each of those 4, basically because I can add another perfect circle to that planet's orbit with the best of them...lol

Nothing is impossible and for the average person, looking past claims which they know they can neither confirm or deny and instead focusing on the apparent intent of the purveyor of this vax really is their best strategy and that is what we see them doing, especially in the black and medical community, God bless them every one. They're playing their cards right. Sure Mr. Kruger and Mrs Dunning go to far, past their actual knowledge, but that's a constant in our universe and doesn't represent an special problem peculiar or peculiarly bad to this context.

The whole "mass poisoning" angle is just another one of those wild extrapolations made as a result of the mentioned interaction. They see focus placed on people getting the vaccine, so they automatically believe that there is something sinister in the vaccine itself. I've already been through several other "mass poisonings" from other vaccines, chemicals in my food, fluoride in my water, chem trails in the air, and radiation from my cell phone.

Similiarly, I've lived through other "mass poisonings" that would supposedly have been the result of Trump's net neutrality ruling, lowering my taxes, reductions in illegal immigration, the "Muslim ban", etc.

These are essentially the same people. Both sides win gold medals in long jumping to conclusions based not on actual evidence, but how the media they choose to consume interacts with their own pre-existing biases.

See, I don't believe any of this requires a particularly high level of education on the matter. Consider the idea of asymptomatic spread. One would think that the liklihood of me spreading a disease would directly correlate with amount of a particular pathogen in my system. One would also think that the severity of my symptoms would directly correlate with said amount as well. If I'm not displaying symptoms, surely I must not have a population of the pathogen (i.e. viral load) that is high enough to cause damage to my body, which in turn means that I would have a much smaller chance of spreading the pathogen.

Now sure, some people will counter with "Well what about the incubation period?!". That doesn't really hold water since they still can't directly attribute spread to asymptomatic people.

In regards to the COVID vaccines, I personally believe that they are nothing but a placebo. They have nothing sinister in them, but they are simply being used as the vector (joke intended) for deprivation of rights. It helps the government figure out who the dissidents are. The rise of social media has shown the government how much power public perception has. They don't have to pass laws directly targeting groups of people anymore, or implant some kind of retarded microchip in my injections. They just put out vague "Get the vaxx for public safety" statements and let the generally dumb, angry, vocal crowd do their work for them.