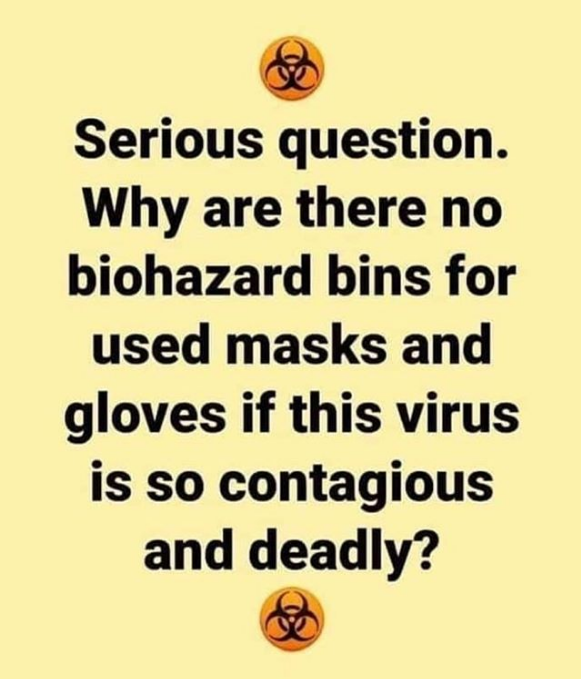 I asked HR that same question here at work, and yeah shut-up

I was talking with 2 of the nurses where I work about the vax. They both got it so I said “and if something happens will your health insurance cover a reaction from an emergency issued vaccine?”

The dawning fear in their eyes was priceless and sad at the same time...

I got in an argument with my brother over this (I'm in health care, but he's a doctor). He's actually based in basically every other area, but... idk man, they got him with the vaccine (though he is at least rationale in the sense that he doesn't care if I get it or not, doesn't care if I'm around him, or anyone else unvaxxed, and does not want anything mandated, etc etc). Likely from being in two bubbles (healthcare, and NYC). But yea, was the only blowout argument we've been in since we were kids, and it was driving me nuts because he was acting like he knows better because he's a doctor, when just 2 weeks before that argument, I was asking him questions about my new insurance plan, and his exact response was "eyy, Idno, doctors aren't really trained to know anything about how insurance and billing works."