TheDonald
Communities Topics Log In Sign Up
Sign In
Hot
All Posts
Settings
Win uses cookies, which are essential for the site to function. We don't want your data, nor do we share it with anyone. I accept.
DEFAULT COMMUNITIES • All General AskWin Funny Technology Animals Sports Gaming DIY Health Positive Privacy
2797 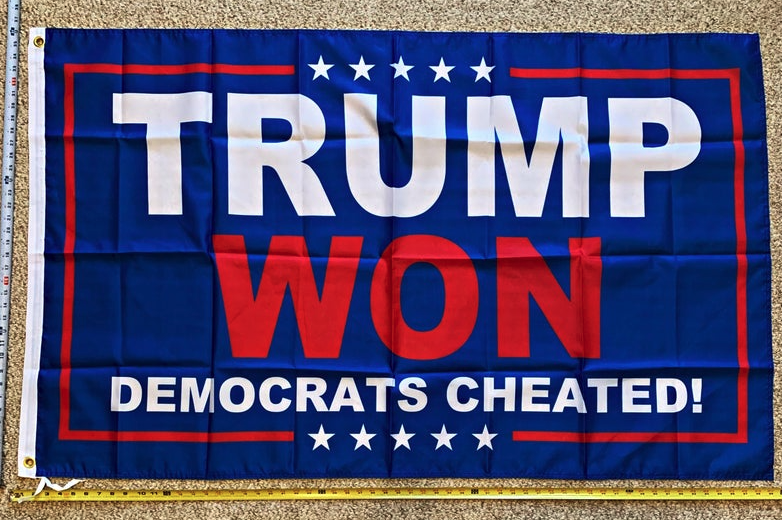 Your neighbor must be a faggot.

Probably a kid diddler, too.

Stop! Are you insane?!?!?! One more and you will summon the Pedo in Chief, Joeseph Pisspants Biden!!!

I fell down on the floor with a cramp laughing at this. Master kek!

Beetlejuice has entered the chat...

Listen here Fat, I am the best Pedo in family. Not Hunter.

You see, I love this kinda shit.

When they say 'offensive', you're supposed to say sorry. Be on the defensive. Because if they're offended, it is secretly implied, that you are GUILTY.

But when you go off like "You're a faggot" to their face. It kinda destroys the whole, pussy fascade they built up.

"I'm offended by your flag"

"Well I'm offended by your face"

SO how about I keep the flag and you keep your mouth in one piece. Sounds like a deal to me.

Don't let your feelz tread on my rights.

Be on the offensive.

I came to say similarly "your neighbor is a fag" but yours has a better ring to it. :)

Probably need to run a search on sex offenders living in your area. It is public information. Put up a flag pointing out who they are while you are at it.

Take it down for a day. Make him think he won. And then at like 4am put up the new one, so when he wakes up and looks at your yard it's the first thing he sees.

This is the way, mind fuck

I want this on a little embroidered fabric thing in a frame.

are you suggesting leftists and democrats have morals?

no. clearly they do not. but they do have morale, which needs to be tanked.

Joking aside, I dunno if they do; seems more like desperation to rid the world of anything or anyone that threatens their "beliefs".

i agree that they are a fragile bunch, but they are also easily manipulated so their desperation can be weaponized. Problem is that they still feel empowered because nobody has been putting them in their place and the media has been cheering them on, so they are still dangerous until they are fully subdued.

Always with the mind fuck. The salt must flow

Even go over and say hey neighbor I took down "that" flag. Next day neighbor asks what the hell I thought you took down that sign. I did take down "that" sign. Now I have "this" sign. I'm an advanced level douche tho. This may be too far.

Excuse me, but the neighbor is an advanced level douche and probably needs psychological help. You are not. A normal neighbor would ignore the Trump flag, maybe kid you about it, or put up a Biden/BLM flag and you'd razz each other. If the neighbor were normal, a good neighbor you could count on in an emergency, for instance, a 6 foot Trump flag wouldn't even matter. Triggered people are not normal. They need to be messed with so they can eventually understand reality and get help.

it is our duty to offend HARDER!! until every last commie is mocked into researching why they are constantly being mocked all the time. this isnt a choice. this is war

I should put all my trump flags outside :-D

^ based patriot with a plethora of Trump flags! 🇺🇲

Order the blots out the sun size. The commies stay inside because of the coof anyway.

Take pictures and record your property for when the neighbor does something stupid.

Me too fren. So we can make it stronger

I’m offended by that flag, it should be much larger.

was he as offended by all the "Fuck Trump" signs a couple of years ago?

I drove by some houses that had Hillary signs and I didn't give a fuck.

Obviously I'm being hyperbolic. Of course there are actual Biden supporters but the frequency at which I've seen Biden stuff is so tiny it's insignificant.

Yep. I'm on a country road trip and on today's leg of the return journey I was driving through rural Ohio and I can confirm it is based af

I don’t give a fuck about your hurt feee feees. Grow the fuck up I’d buy 6 more and put them up.

lol that's good. And a gays for Trump flag for extra measure.

Plant a fuckin tree then, bitch.

"your flag offends me" who says that. I mean, i don't like stuff so i just move on with life, i don't get closer and demand that someone elses property be removed or modified.

Tell him the selected pedophile in chief and his support of clown world bullshit offends you.

well, I would say to him: '' it offends me that the elections were stolen and that old pedophile Joe is illegally occupying the presidential chair ''

.....you need to steam the wrinkles out of that flag.

Throw it in a dryer with a wet towel

came here to say this, creased flags are cringe!

Take pictures and let us know what happens with your neighbor.

Some wrinkled-cunt stood in the street in front of my house with her camera.

When asked WTF? she said "I bet you were at the capitol riot, too.", to which I

responded "I bet you voted for Biden... several times, too.

"Hold on, you're missing one" and I went in and brought out my Gun Owners For

Get a full mask, hat, sunglasses, whatever. Delta variant means masks are back. This faggot neighbor wouldn't think twice seeing someone wearing a mask. He probably wears one while his wife is getting plowed by the local NAACP chapter.

Get three uuuge signs that say:

"My Neighbor is a giant faggot. His wife loves the D."

Put something on the sign so when he goes to remove it, he gets something on him. Slow drying paint with some glitter sprinkled in would probably work.

Wear gloves and deny everything.

Get a Fuck Biden flag.

love it when a tard gets offended. every time is a badge of honor. wish there was a game show to see who could offend more and harder, i'd sign up. doesn't even need to be a monetary prize, but them crying like babies and ganking themselves would be a happy bonus and worth an hour spent pissing them off. tards wouldn't be able to resist watching so they could have yet another thing to bitch and twat about while bedridden from their jab disease.

Make sure to have a camera on the flag for when the little cuck tries to steal it.

No you need to hook it to a wire with some slack and tie the other end to a tree. They grab the sign make is about 10 feet and have got some momentum going for them and "Pwang" the wire goes taught and they go flying. You will want a camera on your tree to catch the action.

welcome to antebellum 2. i cant wait for it to end.

Paint it on your garage door.

Some balls. I can remember a time when no-one would dare tell you what you can and can't do on your property. Particularly because it "offended" them.

We know we are the majority and we have to remember that. President Trump got 100 million votes in 2020, WE ARE THE PEOPLE!

That’s awesome!! Did you ask him if he likes the gas prices?

Tell your neighbor to turn their head.

Or to fucking grow up. Every now and then I'll see obvious degenerates wearing antifa shirts with pink hair and shit and you know what I do? Don't give a fuck. So long as they don't bother me I couldn't care less about it then. Even though I hate their entire existence and philosophy and believe it's ruining the country, causing trouble with a few kids (or a flag in this case) is a waste of time and energy.

It’s only offensive if he knows it’s true

So be offended then. He’s not going to wake up tomorrow with cancer. He can deal with it.

These people are pretty ballsy, that's for sure. I imagine this one likes them on his face.

This is America. It's your right to be offended as much as it is my right to offend you!

Why offended? Guilty conscience much?

Where can a Canadian grab a flag like this

Why is your neighbor scoping out your front yard? Sounds shifty.

Your neighbor has probably gotten the mrna shot; they'll be dead soon enough.

Tell your neighbor its none of his dam business.

It would be my house wrap, but my wife would have a nervous breakdown.

Your neighbour is a cucked fucking triggered LOSER.

Tell him that him implying his feelings are more important than your first amendment right is not only offensive and insulting enough for the founding fathers wrote the second amendment to defend it. 🐸

I'm offended that he was offended.

It wouldn't be offensive if it was false.

I would of told the pinko this. 'well you're not going to like the construction noises next week either' Pinko asks why?

'Well I am having a crew in here next week to put in a concrete slab and a large mast to put up my new 20' AMERICAN FLAG and lights!

Don't just go larger, go brighter. And some lighting, a nice spot light at the base.

I love seeing old glory light up. And your neighbor can enjoy it, for all of the day.