TheDonald
Communities Topics Log In Sign Up
Sign In
Hot
All Posts
Settings
Win uses cookies, which are essential for the site to function. We don't want your data, nor do we share it with anyone. I accept.
DEFAULT COMMUNITIES • All General AskWin Funny Technology Animals Sports Gaming DIY Health Positive Privacy
372 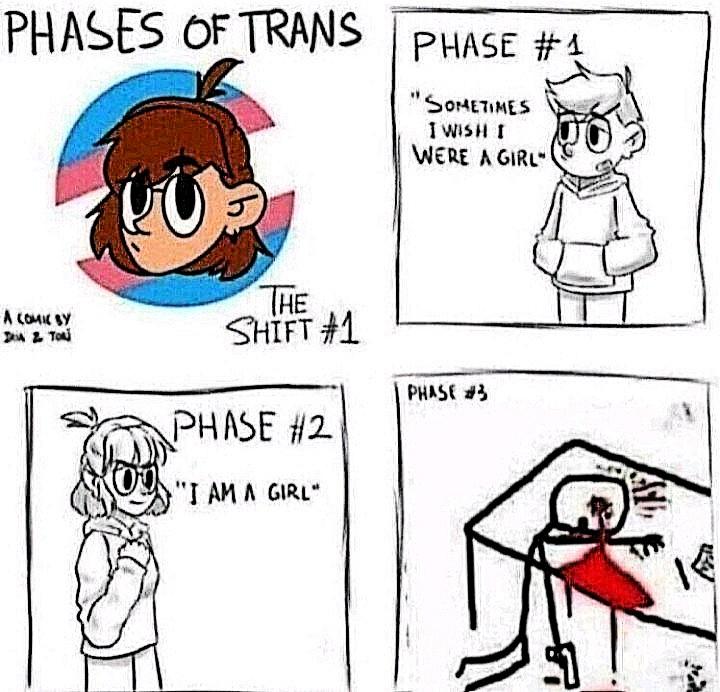 Learn to pain with Kurt Cobain.

If you are a man who has ever wondered whether it's hard to be a woman, %41 of guys who try to become one literally kill themselves.

It takes a great woman to make it look easy.

I was in the scene for years. Back in those days there were crossdressers and transsexuals.

The crossdressers were so much more sane. They'd go out, get dressed up, hang out for a few hours, change back to male clothing, go back home.

Phase 3 is becoming a communist, the theory of "Bioleninism" explains how

‘Bioleninism’ describes a familiar phenomenon in Clown World – social rejects coming together to force their will on society at large. A feature of Clown World is that people who normally keep themselves hidden away out of shame are out and proud. Even worse, they are organised and controlling the narrative. Bioleninism is the thread that binds them all.

Characteristic of all popular slave moralities is that they bring together the resentful. Christianity did this, the original Communism did this, and now the bottom-feeders of Clown World are coming together to do it again – this is Bioleninism.