TheDonald
Communities Topics Log In Sign Up
Sign In
Hot
All Posts
Settings
Win uses cookies, which are essential for the site to function. We don't want your data, nor do we share it with anyone. I accept.
DEFAULT COMMUNITIES • All General AskWin Funny Technology Animals Sports Gaming DIY Health Positive Privacy
3308 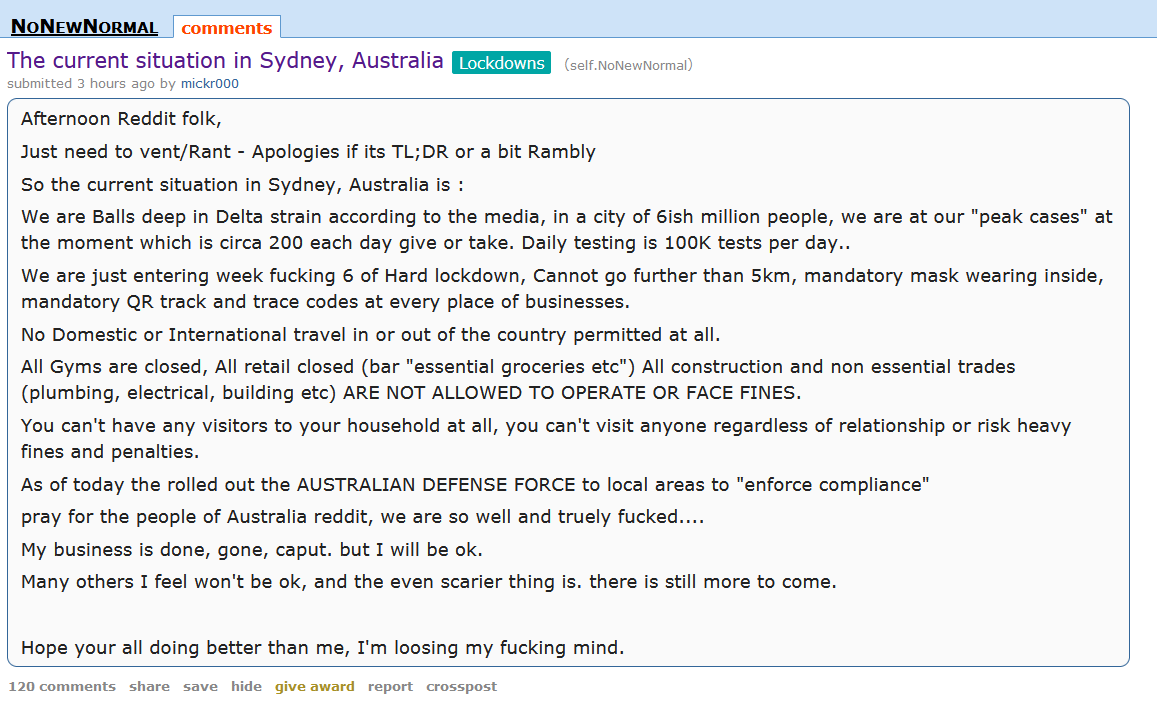 China making their minions use their own militaries against their own people is one of the most devious things those commie bastards have done.

Time for Aussies to revolt

They allowed the gun grabbers to fortify their election system. Australia is f'd.

How? They gave up all their guns "for their own safety" a while ago.

They still are. I saw a post shared where the cops were saying 'turn in your guns, no questions asked'.

They'll all rise up, get out their guns and... Wait. Oops.

"Discourage" any Fed that shows up at your door.

Eventually they'll run out of people willing to do the job.

In a country of 25 million, they still have over 3.5 million firearms. The entire military, active & reserves, is about 90,000.

Also, 25 million people all pushing in the same direction can do any damn thing that they want to do, guns or no guns. No one pushes back. I reckon even a tenth pushing together hard could fix damn near everything, with no violence.

"What you tolerate, you validate. What you put up with, you DESERVE!" - Scrivener

Just stop putting up with it. It's over.

In the words of Ozzyman, “yea naw”.

Him and his buddy are fucking hilarious 🤣

The Aussies gave up their guns.

The guy above says they still have 3.5 M of them, which is it? Some one has a gun in the rural parts of AUS right? The country is really spaced out, how effective can a small military and police force be against a motivated populace (where their own families reside), I think AUS is overplaying their hand and people will revolt over this. If anything they are giving people a lot of reasons not to trust the narrative.

They are rat-holed throughout the country. They have a fighting force if they're willing to go there. I think the same is true for other countries like the UK. In every country, there are always people who distrust the government and will refuse to give them up knowing that this will happen.

I think AUS is overplaying their hand and people will revolt over this.

Sadly they won't and it is depressing to admit it.

The propaganda is is laid on so thick, most people buy into it and think catching the China virus means almost instant death.

There is zero gun culture here, there are guns in Australia but they are limited to shooting club members and farmers mostly, along with the criminals of course. If any gun owner even dared to use a weapon to even defend their home, they would be jailed for decades.

Right now Australia looks very much like a test case to see how far the powers that be can go, the few that stand up to even protest are taking huge risks.

Also, not everyone turned on their guns. I'm sure there's still millions hidden on the hands of citizens, awaiting emergency use.

That last domino doesn't fall until after the first is toppled.

It would be more likely that the deadly creatures of Oz all form armies and attack the military tbh.

Think about this...the worst cases of Delta variations have been in China's local adversaries, India and Australia.

Tell me again how this isn't a bio-weapon being intentionally spread?

That's why they're flying all the people who came over the border and dropping them all over the country, to seed the country with covid. The more covid, the more control over us.

Illegals are also criminals being strategically located with the intent of terrorizing citizens should they be needed in the event of a riot.

My guess is that this year or next year, in the wake of Pelosi's amnesty bills, they will be activated for riot purposes by an "illegal lives matter" type organization to instigate and organize them.

No, they need voters for the midterms.

If the TV wasn't telling you there was a "delta variant" and a "pandemic" would you see any evidence around you with your own eyes that indicated any of this was going on?

They got the sniffles*

It happens much easier when the govts do it for the ccp as well.

Anyone who is in the military or the police and is carrying out these orders, you are no better than the Nazis just following orders.

A bazillion updoots for you.