TheDonald
Communities Topics Log In Sign Up
Sign In
Hot
All Posts
Settings
Win uses cookies, which are essential for the site to function. We don't want your data, nor do we share it with anyone. I accept.
DEFAULT COMMUNITIES • All General AskWin Funny Technology Animals Sports Gaming DIY Health Positive Privacy
430 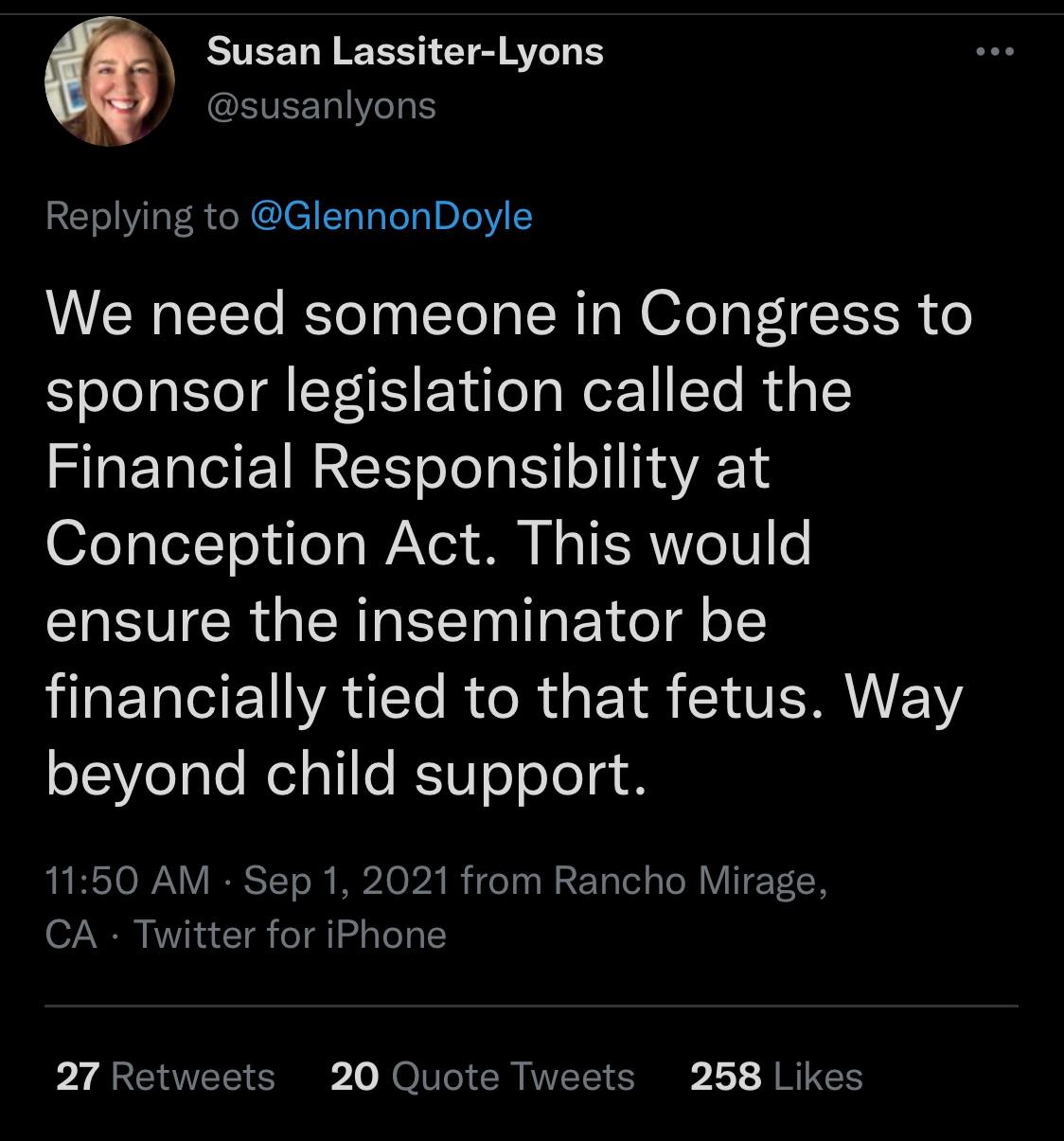 What if we encourage people who have sex and produce children, to then help each other while raising said children. We could call it marriage or something like that. And then to try to instill good virtues onto the children and the parents we could encourage them to attend seminars like weekly or bi-weekly. Places that encourage good behavior and instilled a sense of community and helping. We could call it "church" or something like that.

What a novel concept friend! It is almost like a creator developed this exact framework to ensure a fulfilling life. Weird.

We need to have some way to prove that consent was given, so it can't just be revoked willy-nilly and people charged with rape. It should be an agreement entered into before witnesses.

Where is my $85 billion dollars of military equipment?

What an extreme idea!

Great idea in theory. In practice you first need to stop the courts from encouraging divorce by offering these women payouts. Many women get married and have a kid with a man just so she can divorce him as soon as the baby is old enough to eat solid foods. She plans it so she gets half his stuff, alimony, and child support. It's her free meal ticket. Then she sleeps around with Chads or moves in with another well-to-do guy so he will pay all of her expenses while she squirrels away her free money. Finally she leaves her boy toy and retires with her sack of cash without having to be a contributing member of society.

I would be down for that if abortion was completely illegal. Also if they insist on abortion then men should be able to waiver out of legal responsibility, call it a 'financial abortion'. Women won't be so generous with that shit knowing they cant entrap the dude.

Fuck this cunt. Where’s her law protecting men who have been wrongfully ID’d as a child’s father?

Yeah..like the one where if he doesn fight laternity..and 2 years later finds, genetically proven, that hes not the dad...too bad..child support until 18. Hes fucked.

Yeah, I can imagine women would get this bullshit passed under the Harris regime.

Yea but how you gonna prove which one of the ten men you slept with got you pregnant...Guys....stay away from these jezebel 304's .....Marriage is dying a slow death in this county....

The inseminator? Sounds like a bad Arnold Schwarzenegger movie

The LITERAL scientific consensus on the start of life has been conception.. since the 80s..

Disgusting how this land whale thinks theyre completely blameless when theyre half of the problem. Always everybody elses fault...not theirs.

Women with hyphenated last names are a threat to the survival of our species.

As convoluted (deliberately, I'm sure) as this is, it would effectively get the camel's nose of personhood legislation under the tent.

This is why the slogan isn't "my body, my responsibility."

These bitches just want a free ride. They will do anything to get a man to pay their way through life and not have to give anything back and they use the courts to do it.

I just got out of a hearing this morning to modify child support. My ex and her lawyer played so dirty that even my lawyer (that I was eventually forced to get) was disgusted by them. I'm responsible for health insurance per the divorce decree but my ex took out her own insurance on the child when she switched jobs without telling me. During the hearing she revealed that she had gotten health insurance (which she wasn't supposed to) but played the "well I already did it so let's just use mine instead" game. Hers cost twice as much as mine and I would end up paying for most of it and it would increase what I owe for child support. Judge is looking over it and will make a decision hopefully sometime today.

There's something that does that. It's called marriage...

If she’s worried about being inseminated, there’s an easy way to make sure that doesn’t happen. She could keep her legs closed.