TheDonald
Communities Topics Log In Sign Up
Sign In
Hot
All Posts
Settings
Win uses cookies, which are essential for the site to function. We don't want your data, nor do we share it with anyone. I accept.
DEFAULT COMMUNITIES • All General AskWin Funny Technology Animals Sports Gaming DIY Health Positive Privacy
947 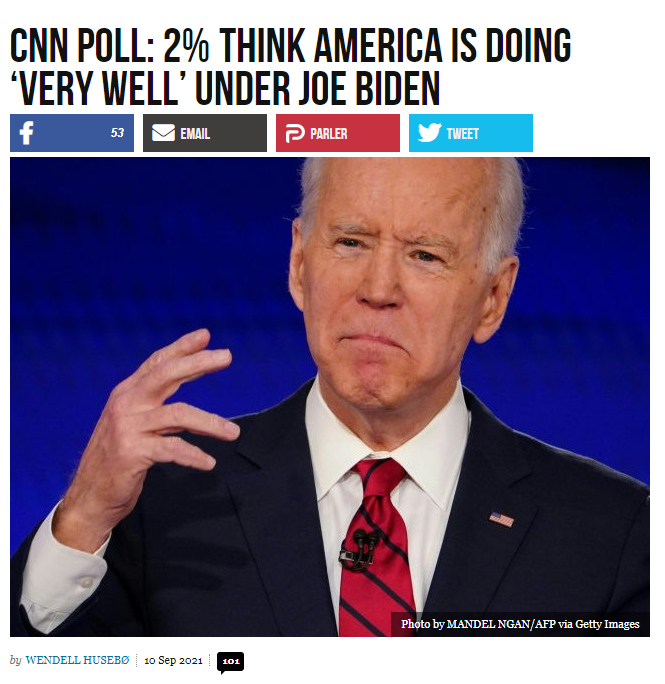 CNN surveyed 2,119 respondents between August 3 to September 7, with a 2.8 percent margin of error.

And that 2% is within the margin of error bahahahah. 🤡🌎

They must've tried stuffing the ballot box in that survey too! Lmao!

Well it’s a fact that CNN rigs their polling methodology.

There is a statistical 5% chancr >100.8% of Americans think biden is a fuck up

2% used sharpies that bled through, and the scanners misread them

Yea who the fuck are those 2%? Jill and Hunter?

Blew my mind seeing the voting percentages of DC. Actually made me think that nuking it is our only hope.

2% of people who would even interact with CNN...

And it probably over sampled Democrats.

That means ~60% of the illegal immigrants he brought in already disapprove of him.

On top of everything else liberals are lazy.

Because everyone else told 'em to piss off.

That's just among CNN viewers, so the actual percentage is more like 0.0002%

Lol the 2% are CNN employees.

Apparently Gupta asked a couple real questions of Fauci this week on Cooper's show. Maybe they are trying a couple honest questions to dig out of their hole.

I have to imagine that some people in the media have realized that they steered the SS United States directly towards a bunch of rocks, and are now desperately trying to turn the wheel. They'll realize it was too little, too late. And then we hang them.

The journalists will not be treated well in the dystopian future no matter who wins. Authoritarian regimes don't like "independent media", and even ten different loyalist news networks is still nine networks too many. They built their success off of the calm, happy times in America, then sold everything out for a few shekels, thinking there were not going to be any consequences.

The media for sure has enough fingers on enough pulses of general national welfare to have realized that they all were conspiring to build a bomb, only to realize that they had made it so well, it was impossible to defuse. Their ill-gotten wealth will be worth nothing when the economy collapses, and almost none of them are actually 'rich', only 'wealthy' at best, and that's not going to be enough.

Sooooo….Just the people that voted for him then?

So...the number of people who actually voted for him.

How did Ilhan Omar get her opinion to count for that much?

I believe nothing CNN says. That goes for the NYT too. CNN actually released this bad news poll and the NYT reported on the droned Afghani family. 36% Biden is dragging down the dems and they have an election next year. How many months until Biden steps down for health reasons?

CNN testing the waters. If no one bites and no violence, continue with business as usual.

I know that we usually flood CNN polls... but never have we been able to get it down to 2%.