TheDonald
Communities Topics Log In Sign Up
Sign In
Hot
All Posts
Settings
Win uses cookies, which are essential for the site to function. We don't want your data, nor do we share it with anyone. I accept.
DEFAULT COMMUNITIES • All General AskWin Funny Technology Animals Sports Gaming DIY Health Positive Privacy
764 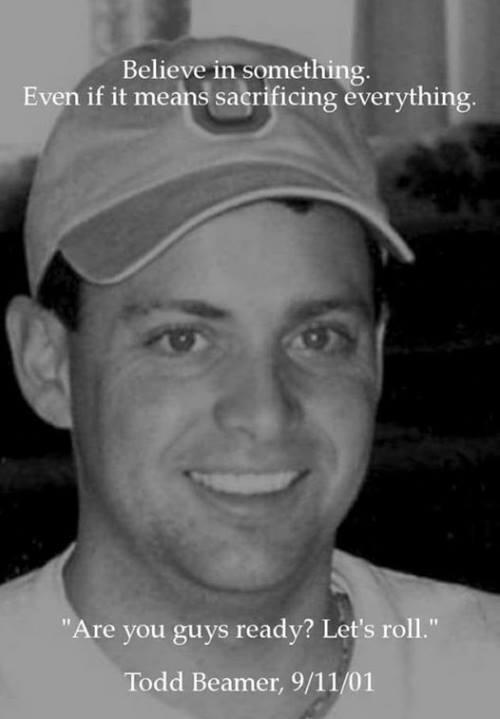 Ahhhhhhh ... Flight 93. Still wondering about that one.

The red pill says that the Flight 93 was reported to have been seen landing at a military airbase, and the passengers all got off and headed into a building adjacent to the runway where they received their new identities and lives.

Similar scenarios were reported by witnesses for all four flights. The plane either seen coming in and landing, or already on the ground at different airbases.

What I would give for a Way Back Machine for the WHOLE internet!

That red pill isn't correct. My husband was a PA State Trooper assigned to a barracks nearby. He spent three weeks assigned to that site as they cleared the wreckage. He was literally in tears last night as he for the first time spoke to me of the body parts he saw removed to be transported to the morgue after being processed in tents. And in his career he'd been in charge of multiple homicide investigations, which hadn't affected him in nearly the same way. He said he wouldn't wish his three weeks in Shanksville on his worst enemy and that no one should have to experience something that terrible.

Does he think it crashed or was brought down?

I think it was brought down.

Both the first responders and the FAA investigators found NO bodies, NO debris whatsoever in the small single shallow crater in the ground evident of ANY type of plane having "crashed" there.

But the FAA investigators reported the very peculiar smell of Cordite.

Yeah, no. When I read him your response he asked me why they were stationed every fifty feet around a huge smoking crater for three weeks while forensics was combing the site and removing items to the morgue tent. You are free to believe whatever you please but my husband is no liar.

Someone's not honest and I don't believe it's the FAA investigator and first responders.

There were NO debris from a plane crash at the site. None.

Shut up glowie. I read your post history. Boy ... you've been busy!!!! Lol. Take a break and let one of your partners handle the 9/11-Patriots.win assignment. 😚

I looked at your post history, too. You should be ashamed of yourself.

Yea. They shot it down. That is my gut feeling.

I thought people were more skeptical of this. It was an effective "patriotic battle call" according to President Bush who promoted and embraced it as he motivated the public to get behind the war on terror.

They even convinced Neil Young to write the song "Let's Roll," warming the public up for war. Neil Young!

An every day hero!

"Let's roll" One of the best quotes and filled with such reality. No bs there.

There is no way on the lords green earth that this happened. It was used to drum up support for war. And they took you along for the ride for 20 years

They had Airfones on planes back then. I don't know how they worked but they did. I talked to my boss on one once.

Dude the narrative isn’t airphones only.

thirty-seven phone calls were placed from on board Flight 93 between 9:28 when the plane was hijacked until the time of the crash at 10:03. Thirty-five of these calls were made on the Airfones

Maybe another person had a mobile phone, which have been around since 1990 and placed two calls from it? I dunno. The whole "phones didn't work on planes then" is just silly

You can’t make outgoing calls on an airplane. It’s traveling too fast. You can’t today, you couldn’t then. Onboard phones was how they did it then, or WiFi calling is now we do it today.

So you agree 35 calls were sent from Airphones? Not going to squabble about the supposed two other calls.

I’m squabbling only about the other two calls. That’s the anomaly. That’s the entire issue.

How did he get the perfectly recorded cellphone call on a supposedly moving airplane before WiFi planes?

"You believe me right?"

Real person but this did not happen, imo.

100% made up story to cover the government shooting down a commercial airliner and to rally American's to a pointless forever war.

The entire U.S.A. is on a plane right now heading for a building. Who’s going to stand up? Who’s going to make the call to, “Let’s roll”?. And more importantly - who will follow?

A Christian who went to Wheaton college

should be renamed in his honor

Oh shit. So these are all feds

Flight 93, and the “plane” that struck the Pentagon. The only airplane crashes in history where there was absolutely no wreckage (but there somehow were perfectly intact paper passports for all the terrorists found).

Who knew paper fared better than aircraft grade aluminum and steel in a crash?