TheDonald
Communities Topics Log In Sign Up
Sign In
Hot
All Posts
Settings
Win uses cookies, which are essential for the site to function. We don't want your data, nor do we share it with anyone. I accept.
DEFAULT COMMUNITIES • All General AskWin Funny Technology Animals Sports Gaming DIY Health Positive Privacy
3442 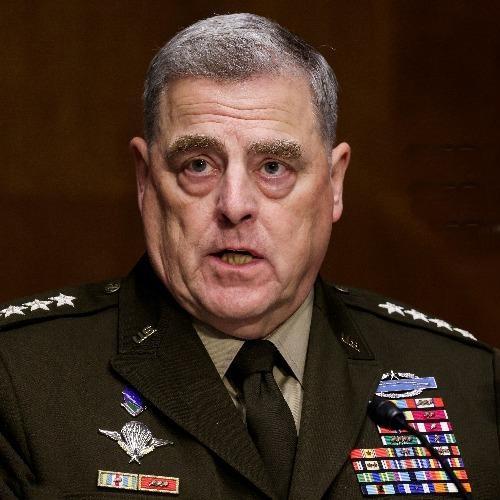 Read between the lines - it had nothing to do with nukes, that is just cover to make his treason palatable to the NPCs. He coordinated with CCP - he was assuring them he would remove MAGA from power. DNC, the deep state and CCP orchestrated the plandemic and election theft.

So Milley allegedly committee treason. Bidens first act as commander in chief was to purge Trump supporters from his vicinity.

What is always said about a communist takeover? They burn the traitors and useful idiots so they never pose a threat as they've shown they can.

Congratulations you communist fuck. You played the stupid game, enjoy your stupid prize.

there is a reason why most teachers, professors, and historians to this day try to brainwash everybody that the 'loss of china' was some right wing conspiracy theory and truman/marshall dindu nuffin. also, without general douglas macarthur luckily being in the right place at the right time south korea, taiwan, japan, and the philippines would be communist today.

This. A thousand times this.

Read: The Tragedy of Liberation by Frank Dikotter for additional detail. Its sad, infuriating, and frightening all at once.

Also wanted to add that Joe Mccarthy was 100% vindicated by the declassification of Soviet materials in the early 90s. McCarthy lost favor with Ike because he suggested that Marshall was either grossly incompetent or willingly aiding Mao.

I think the between the lines part is saying they all knew China hacked our election and that Trump wanted to go to war over it, but Milley was already their man on the inside, with many others.

Mark Milley looks like he diddles kids. He's got those Soros ballsack eyes.

He is a spineless faggot, so there's that.

Yeah, that's it right there. What rational person would believe that Trump might use nukes and start WW3 because he "lost" (honk honk) the election?

It's weird and disconnected from reality.

The anti-Trump idiots will love this as they are also disconnected from reality.

They will call that self-serving cocksucker Milley a hero.

They would state "so that he can use wartime powers to instate martial law and secure his role as the dictator he is."

Keep in mind that the same guy making outlandish, politically motivated statements like that is the same guy who could theoretically send American troops door to door to enforce whatever policy the regime dictates.

didn't pedo joe threaten to nuke us if we don't get 'vaxxed'?

While the current piece of shit threatens us with nukes.

This fat slug has zero brains at all. I am constantly amazed at how stupid, unprincipled, and unhinged leadership is these days. It's hard to call someone like this remotely sane.

What a feckless fat fucking faggot. Unbelievable. He is a damn disgrace.

Alexander Vindman would like a word. When this pudgy fuck came out at being part of our Military Intel and part of the Impeachment against Trump, I lost all respect for our Military. No disrespect to those who have served and are Patriots but theyve turned to shit.

Most of the enlisted are good dudes. We have a special officer core in some respects and I don't know what kind of system they for promotions but if this fat fuck is the best we can do it aint to good.

I am constantly amazed at how stupid, unprincipled, and unhinged leadership is these days.

Sucking the right dicks doesn’t take any brains. Look quite literally at Kamala.

Either have MPs arrest him...

or get his resignation..

this can not stand.

They should rip the symbols of better men off his uniform and then "hang him from a sour apple tree." Makes me sick he displays the 101st ABN on his treasonous shoulders.

Remember it’s always projection. We were told Trump was crazy and going to start coup. It’s was actually Milley, hearing voices in his head crazy, who helped Pelosi inc. install Biden, against the will of the American people.

Watch how many democrats support it

“Nuclear” is a comm used all over the world to symbolize extraordinarily explosive information. https://decodingsymbols.wordpress.com/2021/09/08/nuclear-q/#Narr

Is the swamp throwing Milley under the bus? Will Milley accept being thrown under the bus like a good little swamp rat?

Nancy Pelosi said the same things. Remember she went to the joint chiefs to ask that they remove a Trump for fear of him using nukes, although I believe she feared they would be directed at America.

If some sort of communication and coordination is found between Pelosi and Milley in regards to China, where they are both circumventing the Commander-in-chief.....

We could see possibly see Pelosi charged with treason as well!!!!

The way things were going in those final days, I guarantee there's something somewhere.

You know the military would lie to Trump about troop levels in Syria to keep the forever war going?

That mouth has seen more cock than colonel sanders.

I think we can all agree that this is a bullshit beat-up story to get Cho Bai Dung out of a crap hole of his own making,

He and Biden are CCP Agents!

He has those trademark Soros-nutsack-eyes doesn’t he?

This is some serious Seven Days in May-type shit.

Why would he call China of all places? Did he think Trump knew?🤔

Is this where Biden got his Nukes and F-15's idea?

And yet Trump was replaced by a man that literally threatened the American people with nukes and F-15's. Apparently clown world doesn't have a peak.

Honestly it's really good to see how corrupt the Army, Navy, Air Force, Marines, CIA, FBI, NSA, ATF, CDC, WHO, UN, NATO, FDA. If it weren't for Trump, we'd actually believe these people...but NOW we know that one man...Donald J. Trump knows better than ALL OF THEM COMBINED!!!

This leads me to ask….what did he tell the Taliban?

Trump should’ve nuked DC when he was AF 1 to Florida.

I think when Trump learned that China released the virus, he might have talked about nuking them.

Jaba the hut over here.

Agreed and this was my first thoughts as well!

Imagine the military in the hands of someone so delusional and stupid.

That is one ugly cocksucker.

Whoever suggested to Trump to appoint this guy needs to be quartered and expelled from whatever circles he may be a part of.

What is it with these ball sack eye bags?

It’s irrelevant when there are no consequences for his actions. If it was another country he may be held responsible but in America? No chance.

General Jowls is grabbing for straws,

We already know he's bad at his job. Would it be a stretch to think his dumbass would actually belive Trump might go nuclear?

This is all a distraction from Afghanistan - and the CIA trying to throw the US Military under the bus for the disaster that the CIA created.

Biden/Obama represent the CIA/deep state interests at this time, and they need to shift the blame to keep playing the game that makes them millions.

Milley diddys kiddys. A shitty libby that grabs the nippies of sissies. Such a pity

Milley got so woke he went Insane

The one picture where he doesn't look like a puckered asshole. This one is loose though because he just got fucked by China

Looks like he's doing exactly what he accuses Trump of of. Look at Afghanistan now.