TheDonald
Communities Topics Log In Sign Up
Sign In
Hot
All Posts
Settings
Win uses cookies, which are essential for the site to function. We don't want your data, nor do we share it with anyone. I accept.
DEFAULT COMMUNITIES • All General AskWin Funny Technology Animals Sports Gaming DIY Health Positive Privacy
2752 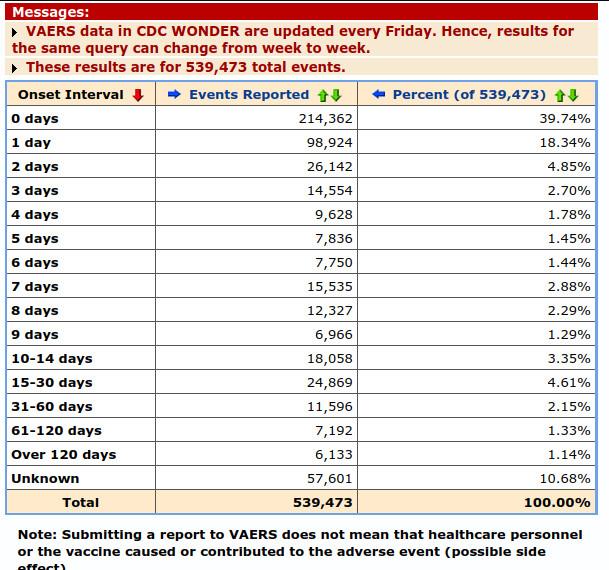 That we know of.

What should scare you is how quickly the deaths and disease occurring from this Vaxx are already building up so fast that they are even outpacing its initial rollout, and the widespread censorship/suppression attempts to obfuscate them.

Most of the deadliest and widespread consequences take between six months to 5 years to manifest, and there is NO treatment plan available to defeat them, because the mechanism is artificial and unprecedented.

The bodies are already piling up, frens. Bodies have been piling up since this whole thing started, and comparatively few of them were directly caused by the China Virus alone.

Those of us that are paying attention can see the truth of what’s occurring all around us, reflected in everything that can’t be easily lied about, just as clearly as someone looking at Xiden’s empty Jeep rallies, the election night “irregularities”, and the poll statistics sees the reality of the election steal.

Specific ‘top contenders’ for Causes of severe Vaxx side effects happening to different patients depending on random distribution of the Vaxx capsules, patient predisposition, environmental factors, and underlying health conditions:

They’re all tragic, horrific, and real. That’s why we’ve been screamin’ our heads off about it for the last year, despite the snotty emojis, self-righteous reactions, and genocidal mob-baiting.**

A subject primer on method of action — Is the Vaxx a real vaccine?:

A crystal clear, non-‘conspiracy theory’ view of the institutional groupthink failure, dereliction of duty and cowardly malfeasance by medical authorities in the treatment of Covid19, study of the CCP Virus, and suppression of public information, especially the inversion of recommendations and guidelines away from real clinical evidence and into political top-down theories:

A clear example of CDC fudging the numbers to hide Vaxx risks: