TheDonald
Communities Topics Log In Sign Up
Sign In
Hot
All Posts
Settings
Win uses cookies, which are essential for the site to function. We don't want your data, nor do we share it with anyone. I accept.
DEFAULT COMMUNITIES • All General AskWin Funny Technology Animals Sports Gaming DIY Health Positive Privacy
1305 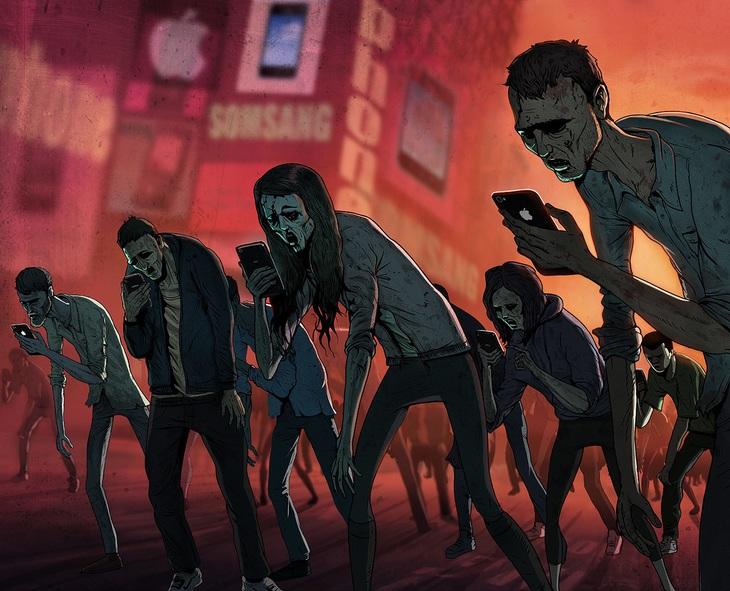 but they were kind of right. they were crying out for BRAINS! BRAINS! in one of the movies i remember

After witnessing some of the smartest/wisest people I’ve ever met suddenly shut their brains off and lose all critical thinking ability in the process, it has left little doubt in my mind that we are in the the middle of a ‘zombie’ apocalypse.

It’s a virus of the mind that has affected most people’s ability to think. It’s truly terrifying and I’d almost rather deal with an actual Hollywood style zombie apocalypse.

Same watched friends I thought had the ability to think things through dive head first into getting vaxxed because oh my normal. One of them out right stated because he wanted to take his kids to disney land. You make a permanent life choice to go to fucking disney land. Like WTF.

In the Bible, it says all the nations would be diluted/tricked by sorcery. Original word for sorcery in the Bible was for pharmekia

It’s no fear, it’s for understanding. We are literally dealing with child raping satanists running the place And THIS surprises you?

By the way; not definitive but an OK explanation

"When hell is full, the dead shall vote Democratic."

Give them bread and circuses and they will NEVER revolt "

..the public has long since cast off its cares; for the people that once bestowed commands, consulships, legions, and all else, now meddles no more and longs eagerly for just two things -- bread and circuses."

History calls him a roman poet that wrote satire just before the collapse of the Roman empire. I call him an observationalist.

Was that pic taken in Sunset and La Brea?

Their minds are gone, quite literally the Undead.

It was such a beautiful time before we realized everybody was a pedo.

Why don't I see any body-positive zombies represented in this picture. Not all zombies are swimsuit models.

You mean the movies lied?!

Oh the irony of you typing this as you stare at your screen! Lmao

It’s on the way. Just my opinion

Yeah, this could certainly be right.

They call it prion diseases.

No they didn’t. It’s called allegory you dumbass. You must be one of those numb nuts getting uppity because your old book is wrong about the physical nature and especially history of the world.

It looks as if somebody might be taking things a little too seriously. Relax dude, everything is going to be OK here at patriots.win

I want a refund for my ticket. I was promised zombies for this movie and I didn't get them.

You want one about brains rotting inside their skulls? Check out Braindead(2016).