TheDonald
Communities Topics Log In Sign Up
Sign In
Hot
All Posts
Settings
Win uses cookies, which are essential for the site to function. We don't want your data, nor do we share it with anyone. I accept.
DEFAULT COMMUNITIES • All General AskWin Funny Technology Animals Sports Gaming DIY Health Positive Privacy
3276 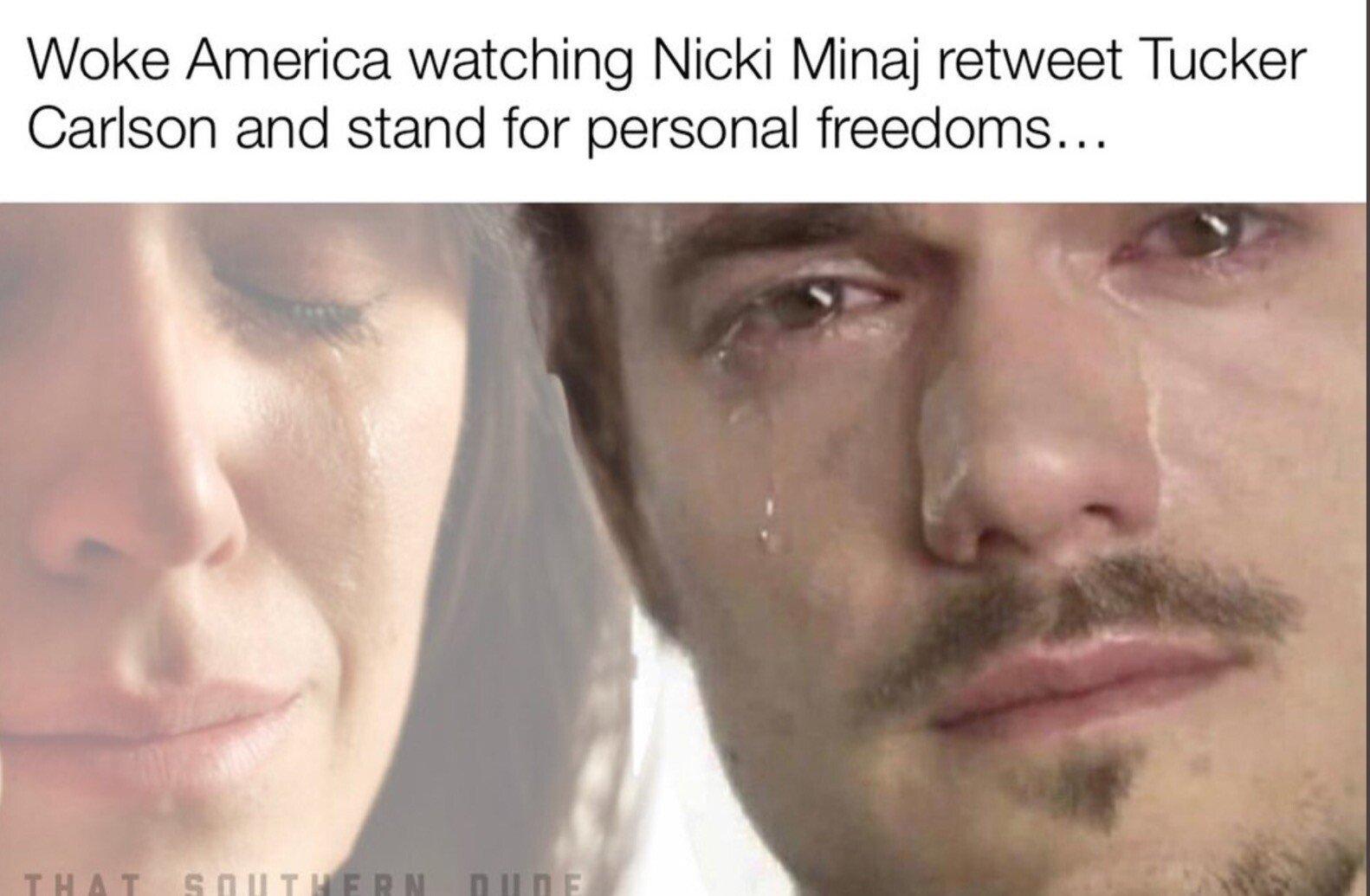 Eh, laugh or cry, your choice. Funny thing is Nicki Minaj is on a Kanye track called “Violent Crimes” where Kanye says “I know I’m just salty but niggas is nuts”, which your username reminded me of.

It all circles back to nuts

I think marbles are in now

You could try to be more educated and that might help

This is not just an "is on" situation, this is a SWITCHED TO. When someone who sells ass and music for a living feels like the Republican party more closely aligns with her lifestyle -- let me do my thing, leave my family alone, stop fucking with everyone -- then that sends a powerful message to other youth.

Even it she cant get others to VOTE Republican, if she can get them to STOP voting Communist, that's huge.

if she wants to point people toward the republicans.. ill take it!! i give her credit for standing up

Is she though? I personally am not buying it until 2023 campaign season is in full effect and she steps the fuck up and announces “I will be voting for President Donald J. Trump for President.” I mean, sure, it’s great if she can take any number of votes away from the commie party, but I need action. I need to see people be decisive and spit in the face of those that think they are masters. We are the counter culture. We must not be afraid and we need the big names, like West and Minaj to give that big ol dirty middle stink finger to the commies and publicly support the right side of history.

Welcome to the pit.

I like this a lot. It describes the situation much better. May start using this if'n ya don't mind.

Open the sidebar and explore.

We started out on reddit, but now we're on .win as well. https://kotakuinaction2.win/

She got kicked off Twitter for saying: do your own research, think for yourself & get the vax if you want, but don’t be bullied into it.

Then the White House called & asked her to meet w Fauci & surgeon general (probably to re-educate her). When she told the public she was asked to the WH, a Biden rep called her back mad that she told her fans.

She sees that there was an all out attack against her when she even sort of spoke out against group think. They sent a black woman, joy Reid, to trash Nicki so it didn’t seem racist.

I’m glad she’s seeing what it’s like when you think for yourself. The ppl on control are scared - she does have 150+ million followers.

yeah, her going against their narrative might just be the breaking point for all of this. Lets get the nuremberg trials started up, that is what is really needed. At least the left is finally realizing the jabs are bullshit. But I also think this ''entertainer'' realized with covid passports/mandates will absolutely hurt her concert touring bottom line. FINALLY these idiots have figured it out.

Haha. You said VOTE. For change, right? Vote. Haha In case they don't cheat this time.

Yes. MAGA welcomes all freedom loving patriots, no matter the journey they took to get there.

I hate purists. People like to ignore that Trump, a manhattan moderate, attracts more than just purist conservatives. His base is made up of a shit load of disenfranchised liberals.

Are we really blocking people from knowing the truth? We are not the left we welcome anyone who seeks the truth.

Why are you not supposed to be happy? You're the exact people she was talking about when she said you're acting a certain way based on who says what...not based on what is said.

Excatly! A win is a win. If I get salty tears from lefties, I don't care who mined them!!! Nikki Manage is is salty miner!!!! I'll take it!