TheDonald
Communities Topics Log In Sign Up
Sign In
Hot
All Posts
Settings
Win uses cookies, which are essential for the site to function. We don't want your data, nor do we share it with anyone. I accept.
DEFAULT COMMUNITIES • All General AskWin Funny Technology Animals Sports Gaming DIY Health Positive Privacy
766 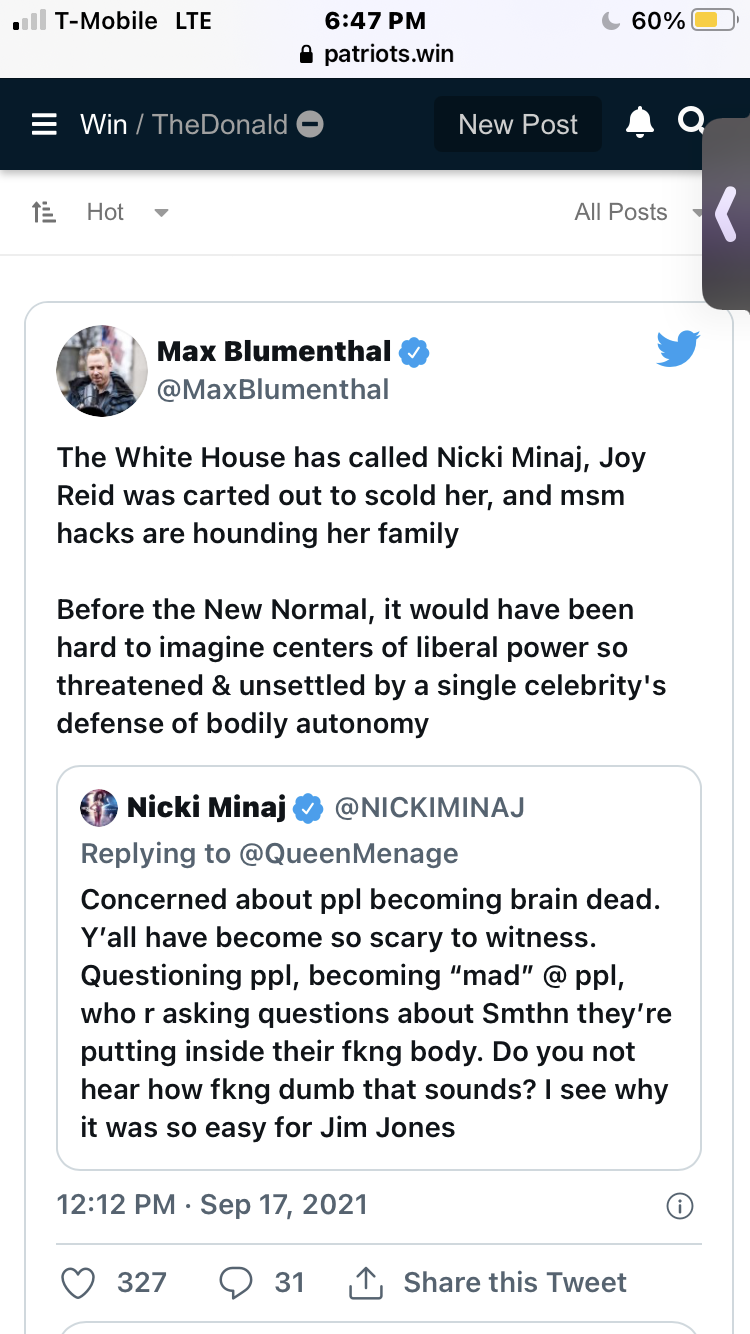 There is a reason Jim Jones targeted democrats and not republicans

Hegira? Seriously spellcheck? He got the became Hegira they? Fucking shit tech.

only 87 people survived Jonestown and 25% of the pop was non-black so either 150 people sneaked out and there is no record of it except your secret internet files or your full of shit.

and this is not english class it is the internet faggot

I know, I know, I hate when people try to correct other peoples grammar on this site.

It’s a platform where people speak their mind, and half the time if you’re using speech to text, guarantee you every time Siri Will change everything you say right when you press save. LOL!

so where is the death tape?

Jim Jones died there so you think he was black?

Are you retarded or something?

MLK was no commie. There is a reason the FBI paid shills like Jesse Jackson and Al Sharpton to snitch on him and sabotage his movement. When they failed, the feds killed him.

Bullshit. He literally said that organized non-violent resistance is the only way to go. The "violent riots" broke out after he was murdered.

so far all i can see is you folks don't like MLK because you lost your white bathrooms and drinking fountains...? am i reading this right? I also need to ask; what violent riots perpetrated by MLK are you referring to? he was vehemently against violence; i have family that participated in protests all throughout the 70s and i've spent quite a lil bit of time in my life researching these sorts of things. From everything i've come across MLK seemed pretty legit, i don't know if i'd agree with 100% of everything he said, but i always thought the gov't had him wacked cuz he was protesting the Vietnam War among other things.

i just did a quick read on this and from what i can tell, saying MLK Jr was a communist is highly speculative at best and i'm only finding more affirmation that dude was legit scholar; he apparently spent his whole life defending accusations he was a communist and again i'm seeing here a lot of it brought on because he was protesting the Vietnam War, which should be renamed to George Bush's Opium War.

Nicki Minaj did not kill herself

So original. Hope you didn’t exhaust yourself with that one.

This moves to number 2 on her "best of"

Number 1 is the Lemon

Take a look at the Jonestown photos some time.

You'll notice a lot of syringes to go along with the empty coolaid cups.

People who refused to drink the coolaid were pinned down and injected with poison by force.

That is so interesting… I didn’t know that… But it makes perfect sense. I’m sure when people started dropping, the rest of them were like nope

Yep. Parents held down their own children to be injected.

They also shot anyone who tried to run away. The syringes were mainly for the children.

Max Blumenthal is a literal communist rat, shows you how crazy shit is

I thought so… I was shocked to see it was him.

She really knows what's up.

Jim Jones… You know the Kool-Aid guy! He had all those people drink the Kool-Aid! They all died!

Ackshually it was Flavor-Aid. Jim was too cheap to buy the good stuff.

Some guy who drank the cool aid.

This burns to the bone. KEK levels

This young woman has done more to wake not only herself but millions around her. She is a gift from God right now and we are blessed to have her speak her mind. More importantly they see her making sense and they see her being harassed and demeaned.

That is just incredible. I seriously wonder how many of her followers know who Jim Jones is ?

Quite stunning for her to just drop that there.

Man who has been saying this stuff for years ?

Damn. You would think that someone got her hair wet...

The funny part is she used getting extensions as her example of how many questions they usually ask about everything. But they’re not allowed to ask a single question about the vaxx, and it’s going into your body, not just something superficial like a weave.

OMG OMG OMG YALL. Have y’all bought all of her songs yet? Hurry up and become a fan. She is sure MAGA cuz she said something we all agree on.

She has a lot to say right now, and yes I am listening. I’m not into her music, nor will I ever be, but you see… I’m a person who can actually separate issues, and compartmentalize things.

But there’s still gonna be people on here but hurt - because we want to listen to her. If you don’t like it don’t listen! If you don’t want to hear about the posts about Nicki Minaj, then just move on, it’s a free country at least that’s what she’s trying to point out, that it’s not anymore!

She’s screaming at the top of her lungs right now, and a lot of people are listening, and I’m one of them!

Well if she sang a song...but she don't 'sing'. She aint Dionne Warwick. Nikki raps (i.e blurts out meaningful words real fast), stirs the pot and flaunts her hot bod.