TheDonald
Communities Topics Log In Sign Up
Sign In
Hot
All Posts
Settings
Win uses cookies, which are essential for the site to function. We don't want your data, nor do we share it with anyone. I accept.
DEFAULT COMMUNITIES • All General AskWin Funny Technology Animals Sports Gaming DIY Health Positive Privacy
4085 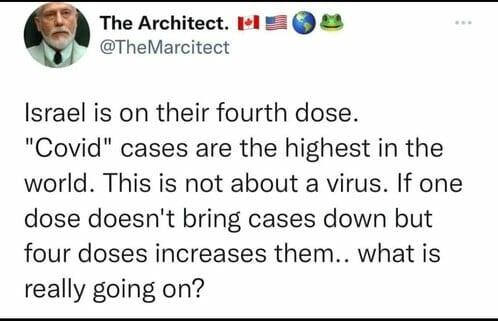 Many already do. Morons, like my mother, hear about a kid that dies from covid on the news. These morons can't imagine a number over 50, so now it is like they know someone who lost a kid, and they only know a few people with kids, so it must be 1 in 50 kids die from covid. Nevermind the kid had preexisting condition, you can tell them to their face the actual numbers, they failed math and facts don't effect their feelings.

And it's not just the feeble minded. A friend, aeronautical engineer (FAA) is terrified for his healthy 8 yo. Won't let his grandmother visit because she is unvaccinated. Stopped talking to me just because I HINTED at treatments other than the vaccine.

Their entire lives are built around belief in the system. They would rather watch you die painfully than challenge those beliefs for even a moment. Not because they would have to admit they were wrong...but because they have no idea where to go in life after that. If the system doesn't give them a narrative, and a group to belong to, they might as well be stranded on a deserted island alone. They're TERRIFIED.

It's truly insane to me that this level of societal delusion exists.

It's not like I didn't realize it exists, but to this level is truly baffling.

The 'science' is banging them over their heads with a 2X4 right now. The vaccine is NOT working. Let's take more! The ADE from the vaccine and the mutant escapes is demonstrating that certain Drs were right all along - mass vaccination with a leaky (at best) vaccine indeed now mandated! is/was exactly the wrong thing to do. And now they want to do all the kids? Fucking nuts. Just hand the money over the Pfiser and tank the vaccine if that is what it takes.

The vaccine is NOT working. Let's take more!

This same philosophy has been applied to communism and feminism, and it didn't work there either.