TheDonald
Communities Topics Log In Sign Up
Sign In
Hot
All Posts
Settings
Win uses cookies, which are essential for the site to function. We don't want your data, nor do we share it with anyone. I accept.
DEFAULT COMMUNITIES • All General AskWin Funny Technology Animals Sports Gaming DIY Health Positive Privacy
2023 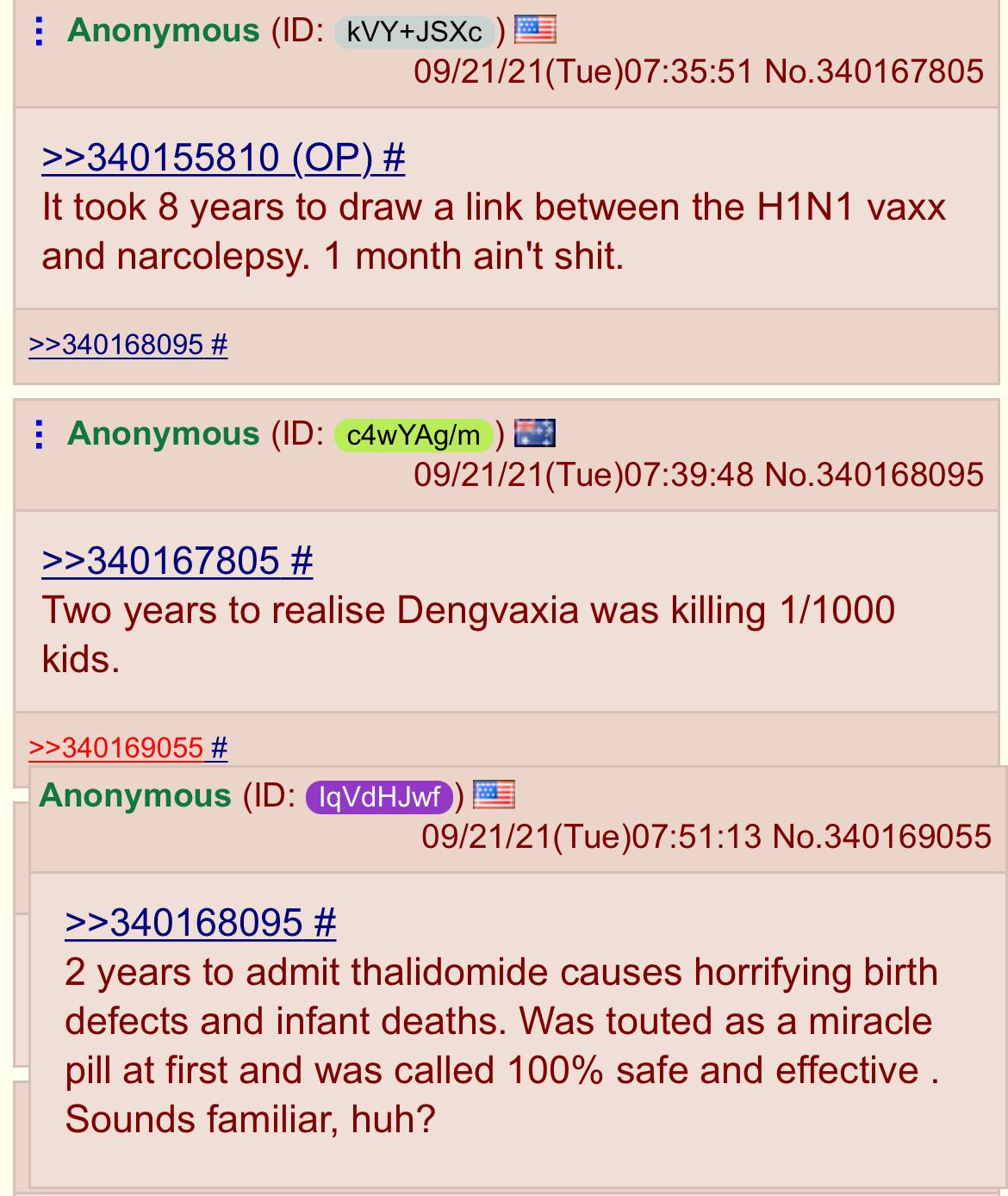 So....what happened to the thread with almost 1000 comments about Veritas video from last night? Mods? Anyone?

The only thing not controlled is your speech in person.

Till they cut out your tongue. But fuck'em!

That would be a concern if we hadn't watched our nation be ruled by signs on doors for the last 18 months. I've gone to every Super spreader protest, 'stormed' two capitals, and I'm not vaccinated. I have had exactly zero official interaction with the state about any of this.

Likewise someone shared an image post with non perscription ivermectin sources, their effectiveness, and common dosages. I saved it on my computer and on here. The post vanished without a trace less than a week later.

If you could share that I would really appreciate it.

I didn't even see that there was a video.

Or that nearly every school shooter including the Columbine boys were on SSRIs.

Weren’t they all on Zoloft? I realize it is a type of SSRI.

Rush did a quiz where he was giving away an iWhatever to whoever could tell him what all school shooters had in common.

The answer he was looking for was “none of them were NRA members” but someone called up and made the Zoloft comment which obviously stuck with me.

Mostly Prozac iirc. My personal experience says Zoloft is much worse for creating violence, suicidal and homicidal both. But I'd have to look it up to be certain about which kids took what. They're all poison and they don't even have any proof that they do what they claim in the ways that they claim. And the way the trial data (violence and suicide attempts) was hidden until the post-Columbine lawsuits was criminal and evil.

Most things big pharma do are criminal and evil, so I guess that’s par for the course

Wasn’t heroin invented by Bayer as a cure for morphine addiction? Lmfao

Spez: I get that it was in the early 20th century and shit was not as scientific back then, but you’d think if they had one of their scientists take it for a couple weeks and then stop they could have realized it was just as addictive if not more.

No ones a junky until they run out

AND - all those drugs had years more testing and trials than the stab.

I developed narcolepsy 3 or 4 years after the H1N1 vaccine while in the USAF. I didn’t realize there was a connection. I have some research to do.

that's how 'they' plan it ... slow reactions so no one can connect the dots

I've had narcolepsy since I was 4 or 5 years old. I know a lot about it though I don't know about the vax connection. If you ever want to talk about it shoot me a DM. ❤

Much appreciated! Thanks for the kindness ❤️

Based on all that I've seen, I'd be shocked if the vax didn't kill at least a billion people in the next decade.

This is going to be a pivotal moment in human history.

I really want you to be wrong, but I don't think you are

If it is a depop vax, they will want results quicker than a decade. Makes you think about why they're in such a hurry to get everyone jabbed.

My cousin says she got Alopecia from the Bird Flu Vaccine

The VAERS database is doing exactly what it was designed to do, and has been throwing off danger signals since vaccination began, and yet we are still hearing that "safe and effective" crap from people who have to know better.

I am never taking any preventative drugs or vaccines ever again.

When I get sick, I stay home and try to remedy myself.

The only time I'm ever going to the hospital is if I am at death's door. Hospitals are the deadliest place in America. Besides Baltimore.

DES was prescribed for nearly 40 years, despite causing cancer, birth defects and even reproductive deformities in grandchildren

The vaccine might be the greatest cleanser of filth in all of human history. One can only hope. (sorry pedes who got vaxed).

Polio vaccine took 18 years to get right and had horrible side effects in the early years.

I think he's talking about absurd doses of Vitamin C, making him an absolute retard.

Which you could probably tell from his responses.

can you google? can you duck duck go? can you search the achieves here?

Big Pharma's greatest revenue is NOT from the sale of their own "vaccines".

It's from the sales of drugs treating their own vaccine side effects!

They are deliberately creating new pain and suffering which they then can make money from.

It's going to get way worse

Pfizers Chantix (might have spelling, their anti smoking drug) was just recalled due to carcinogens after being approved for 15 years.

There sure as hell was nothing pubic on this for over the first decade it was out..

The CDC still denies a link between the H1N1 vaccine and narcolepsy.

Almost seems like we’ve been lied to forever about what cancer is and how it spreads. I guess it makes sense now why the fucking pink circus of Susan G Komen sucking up all the cash for the last few decades for “cancer research” hasn’t produced anything at all. They’re not even trying and actively lying about the cause.

One to three years for everyone who took the clot shot to die off.

It took 40 years for them to admit the Tuskegee Syphilis Study was a fraud.

Doesn't change the meaning or message, but it was 5 years for the thalidomide

Both the H1N1 virus and the vaccine cause narcolepsy in some. Doesn't mean your OP is wrong, but we should be clear and specific.